Best friends Taylor Swift and Karlie Kloss on the cover. It’ll likely become one of the most talked-about covers of the year. You remember last year when I gave her the nickname “The Friend Collector”? This is a The Friend Collector’s Ultimate Achievement.

To friend-collect all the way to the cover of VOGUE.

There it is, non? It’s as though the message that Taylor has been selling – no boys, just me and my girls, and that’s the music in my head now – has been bronzed.

I mean the photos alone are worth it. But then this article? It’s the same feeling I, you, we got when Beyonce first launched her Tumblr. Every picture was viewed over and over again. Every detail was analysed over and over again. Because it felt like an open door. Even though, in the back of your mind, it couldn’t possibly be a real door that led to real places, that illusion was irresistible.

You read this article and you can almost see her apartment. And what she and Karlie do inside it. You can hear them, the pitch in their voices, as they try to impress upon the writer that never in the history of time has there been a friendship this…

And they make a point of noting the height thing in the piece.

The writer also makes a point of openly observing that Taylor Swift is recreating high school. She doesn’t deny it. Although she claims that anyone can sit at her table.

Almost. You’ll note the number of people – all of them pretty famous – who are namechecked in this piece. You’ll note that everyone is quick to give an anecdote about how Taylor is pretty much the Gold Standard of the Perfect Friend. You’ll note too that the writer mentions that she knows the all the words to other artists’ songs, even when the cameras aren’t on.

And that’s part of the attraction to her. That word: Perfect.

Which brings us back to Beyonce. The Tumblr. It seemed so perfect you can’t look away. You can hardly believe it. That this girl, who Jack Antonoff actually suggested would be “the next Michael Jackson” in that Taylor’s music unites us all, is friends with THAT GIRL who is Karlie Kloss, and they look the same and dress the same and, really?, can it possibly be true?

While one prepares to go on a dominating world tour, the other, Karlie, has been accepted to NYU’s Gallatin School of Individualized Study …on recommendation from CHRISTY TURLINGTON…

Are you kidding me???

I have to go lie down. I think I just came. This whole article got me off in a way that Fifty Shades Of Grey couldn’t.

Click here to read it and to see the photos. 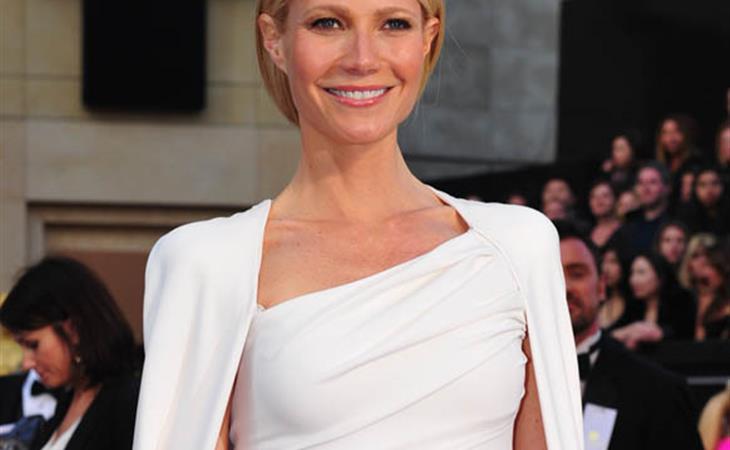 Gwyneth will be there