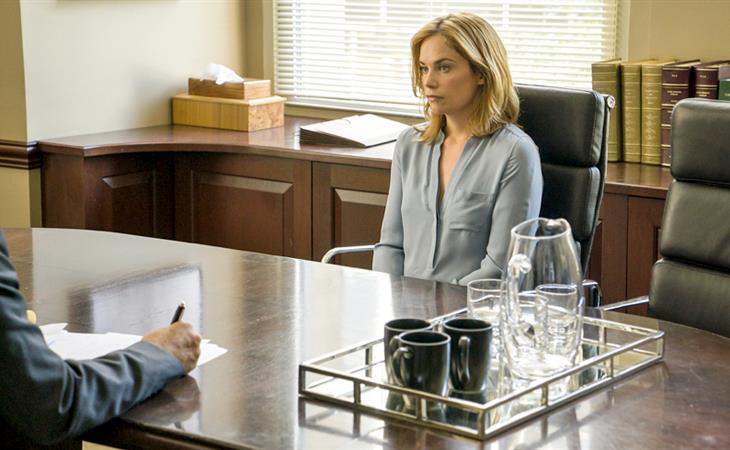 This week, The Affair takes a family holiday and pushes all of the buttons. As a Canadian, the degree to which this holiday is important and fraught – almost more so than Christmas – is fascinating from a spectator’s perspective.

But the holiday is enough to make the effort to paper over problems and see if you can bond with family this time. We’ve skipped forward several months, so that Alison is visibly pregnant, Luisa telling Cole she loves him isn’t incongruous, and most notably, Noah is a somebody, and doing a bad job of hiding that he loves every minute of it.

We get a respite from the worst of all book events (and a shout-out here to the actress playing Noah’s vile book publicist, Eden– she is having an absolutely amazing time being the worst) as Alison goes home to prep Thanksgiving. I have been left cold by Athena in the past, but I have to admit there was something charming and warming about the two of them giggling through the apartment.

But then, the revelation – Alison’s house, her inheritance, was actually bestowed on her by her mother. That’s a secret of sorts, but it changes Alison’s perception of her mother. If she made all kinds of decisions trying not to be Athena, how does this new, obviously selfless, information figure in? If she was wrong about Athena’s intentions – after their exchange of words, Athena is supportive and lovely in the face of Alison’s utterly ruined Thanksgiving dinner – what else was she wrong about?

I was surprised to hear, for example, that Alison has read the whole of Noah’s book. It makes sense; she’d have ample opportunity, and who wouldn’t in that situation? The thing that kills me is that they haven’t had this confrontation before now. Both Alison and Noah’s lives have changed significantly over the past few months, and this hard truth about Noah and the way he wrote a book of ‘fiction’ that isn’t has been left unexplored all this time? Is Alison deliberately avoiding the topic, or willfully positive that things will all be all right?

This question is especially potent as Alison faces down becoming a mother – of course not for the first time, but the first time in this set of circumstances. She smiles valiantly through the tour of the home that so definitively doesn’t involve her or her baby, but as we see Athena in a gentler light, and as everyone else sees Noah the way Alison sometimes does, her choices become even more curious.

Did Athena put her head in the sand like Alison? Are we like our parents? What will Alison’s daughter think of the choices her mother made?

Once again proving that he and Alison are more similar than different, Cole’s chapter is made up of coiled frustration and rage. Though his estrangement from his family has seemed a matter of self-preservation over the past many months, it’s also clear that he knows his behavior is terrible, too. He resists going to his mother’s for Thanksgiving not just because of how horrible his family makes him feel, but because he’ll have to confront his part of creating the problems

“You should see the place Mom’s living now”, Scotty called at him many episodes ago, and now we do. Not offensive, but worlds away from the airy, dream-like ranch house that promised a whole different life to the Lockhart boys. Over and over we hear the recriminations – their mother lied about the debt, but Cole wasn’t there, he was wallowing in his grief alone – and then, when he tries to drag everyone else into his rage at Noah, his mother tells him the ‘fabrications’ in the book…aren’t.

Are you destined to become your parents, to repeat their patterns, if you’re not consciously trying not to? In the heartbreaking sequence where Cole’s mother says the family is cursed, you realize a number of things at once. First, she’s so unaware of how she sounds – completely unhinged and earnestly so. Isn’t it always at supposedly happy family events that we realize things like this? Our parents are getting older. Our brothers are selfish, or bitter, or both. The memories of the holidays and the realizations are forever linked.

Second, the material facts of an ‘actual’ curse might be preposterous (or not, depending on your level of belief – remember that the Lockharts are a family who bowed their heads to pray with immediacy and reverence), but the outcome isn’t, right? If ‘the sins of the father’ mean that Cole and his brothers self-destruct, does it matter whether the idea of there ‘never being’ another Lockhart is true or not?

This episode also makes great strides in fleshing out Scotty a little. A drug dealer, of course, but also the one who tries most earnestly to mend the rift between Cole and the rest of the family, and who knows enough to know, even for self-preservation purposes, that he can’t be around Whitney. He felt for the first time like someone whose death will be a loss in the lives of all these people (including Whitney, who, if I have my timelines right, might be in college by now), and not merely a complication. Or, in Oscar’s case, a chance to finally be a part of the action. Do you believe, as I do, that there could be a whole episode from Oscar’s perspective, if not more? 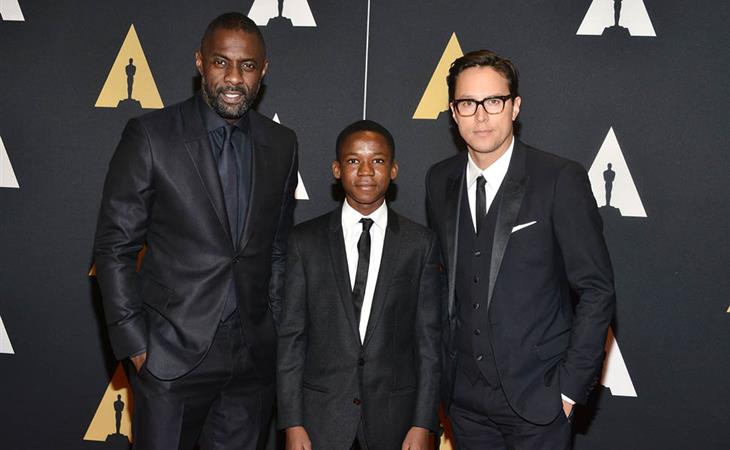 Cary & Idris at the Governors Awards 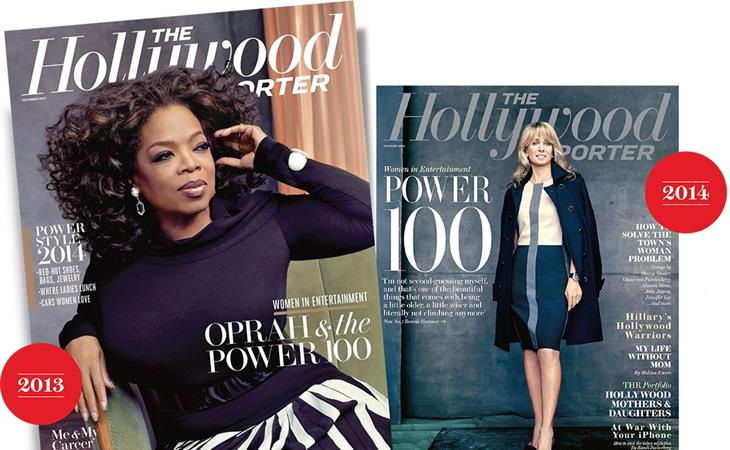