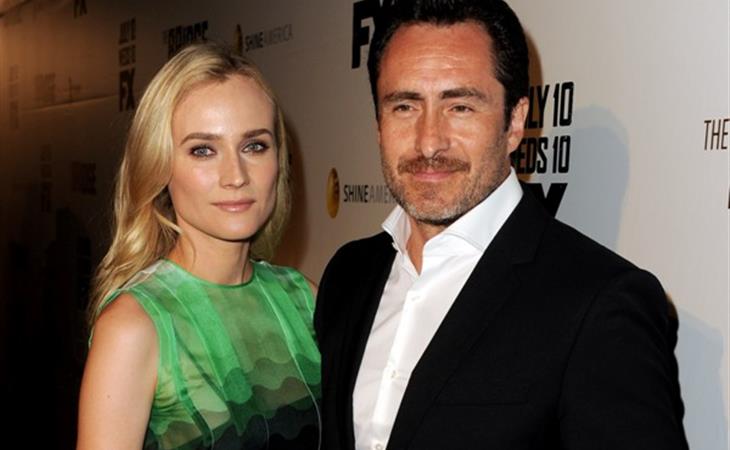 The Bridge: “Check the border”

I don’t know what to expect from FX’s new crime drama, The Bridge. Reviews have been positive but there are a number of distressing references to the rage-inducing The Killing, but then some have also said it soothes the hollow ache caused by Justified’s absence. All I know about it is that it stars Diane Kruger and Demian Bichir and is about a serial killer operating on the Texas/Mexico border. Is it Dexter with immigrants? The Killing with an actually compelling story? Tex-Mex Justified? I don’t know! Let’s find out.

Okay, um, we’re approximately one minute in and I’m already scared. All the lights went off along the border! And the killer is dumping the body! So the killer is either a master hacker who can interrupt electronics ranging from street lamps to federal computers, or is the devil.

The opening credits song track is a vaguely creepy country-ish tune. Is this show scary? I wasn’t really expecting scary. I’m not prepared for it. For one thing, I waited until it was dark to watch this. Sh*t.

The case: The body (of a judge) was dumped exactly on the border between El Paso and Ciudad Jaurez.

The conflict: Obviously this is a jurisdictional nightmare. And as if dealing with a dead body isn’t enough, there’s an American couple in an ambulance who cross the border bridge because it’s closed due to murder. So we’re touching on the politics of border life already.

The people: Kruger is the American detective, Cross. She’s kinda weird? I can’t decide how much is Kruger not being a great actress and how much is character affectation. Will return to this later. Bichir is the Mexican investigator, Ruiz. He’s a sexy beast right off the bat. He also thinks it’s weird that the American couple was in Juarez “looking at horses”.

Ruiz: They’re American. They wanted an American hospital.
Cross: Why does that matter?
Ruiz: It does.

I like this dynamic. I like the border patrol officers not giving a sh*t about the car that was used to dump the body because their job is “border security, not dead bodies”.

And now we’re meeting a coyote who shoves a…prostitute (?) in the trunk of his car. He takes away her shoes. That seems ominous.

Cross has a thing about listening to her iPod. So she’s quirky.

THE DEAD LADY WAS CUT IN TWO. SUPER GROSS.

The American couple made it to the hospital in time for the guy having a heart attack to tell his wife he doesn’t love her and wants a divorce. So far this show has creepy horror overtones, dismembered corpses, (potential) prostitute kidnappings, political maneuvering and breaking hearts. You guys. THIS SHOW HAS EVERYTHING.

Okay, there’s definitely something up with Cross. She’s stiff and awkward and I don’t think Kruger is a bad actress, so this has to be on purpose. She also has the interrogation style of a sledgehammer.

Ruiz has a teenaged son who gets his pot from the nephew of a cartel boss. We’re adding drug trafficking to the mix.

The judge’s legs have been switched out for those of a young Mexican woman. So now there are two bodies. This is both gross and fascinating.

The dude having a heart attack didn’t make it. So far, I fail to see how this ties in.

Ruiz has to ask permission from a crime boss before joining Cross to work the case. I’m digging Bichir’s portrayal of Ruiz as a straightforward guy working in a crooked system. He isn’t playing it for sympathy but you can’t help but feel for him. He seems so decent but everything around him is clearly sh*tty.

This show is not shy about getting into how awful the situation on the border is/can be. Ruiz talks about “dead houses”, places where cartels dump their bodies, and “the dead girls of Juarez” as if that’s a thing everyone knows about.

I’m worried this chick with the coyote is going to end up in a sex trafficking ring.

Subplot: Ruiz has recently had a vasectomy. It only matters because it gives him a reason to pace around and annoy Cross.

Holy cow—the “dead girls of Juarez” refers to 250 missing women ages 15-20 who disappeared the previous year. Cross leaps straight to serial killer, but that would be one hell of an active murderer.

Things we know about Cross: is a sh*tty driver, has a dead sister, does not like horses, has zero sympathy for the extremely difficult situation Ruiz works in, what with the cartels and constant threats of death.

What does this rich American couple have to do with anything? So far everything has been world building on either side of the border, and I get that the maybe-hooker with the coyote probably ties into the dead girls/serial killer thing. But why is the recently widowed rich lady?

Well her dead husband had a Mexican mistress. So there’s that.

The dead guy had a key to a room or a tunnel or something in his wallet. The scene cut before we find out, but this must be the connection, something to do with coyotes and illegal immigrants/drug running.

So far this episode is displaying some unusual but lovely cuts and compositions. It’s nice to look at but has a constant, low-level sense of claustrophobia. Even the outdoor spaces feel closed in. Director Gwyneth Horder-Payton is a veteran of The Shield, Sons of Anarchy and Justified, and her work on this episode is like the visual equivalent of a Miles Davis composition, all syncopated rhythms and down-beat cuts.

New Cross fact: she keeps something weird in her desk.

Well maybe not for much longer. There’s a big ass bomb in his car, which was used to dump the bodies on the bridge. The bomb doesn’t detonate. Instead there’s a message from, presumably, the killer. Five people were murdered in El Paso in the last year compared to thousands in Juarez. “How long can El Paso look away?”

The Bridge is way darker than Justified, but I’m digging the partnership between Cross and Ruiz. This is a juicy whodunit, and I want to know what’s going on with Cross. I could Google it, but obviously she has A Thing, and I’d rather see how the show unpacks it.

Verdict: Yep. I’ve been sucked in. What’s next?!

Attached – Demian Bichir with Diane Kruger and his wife at the premiere earlier this week. 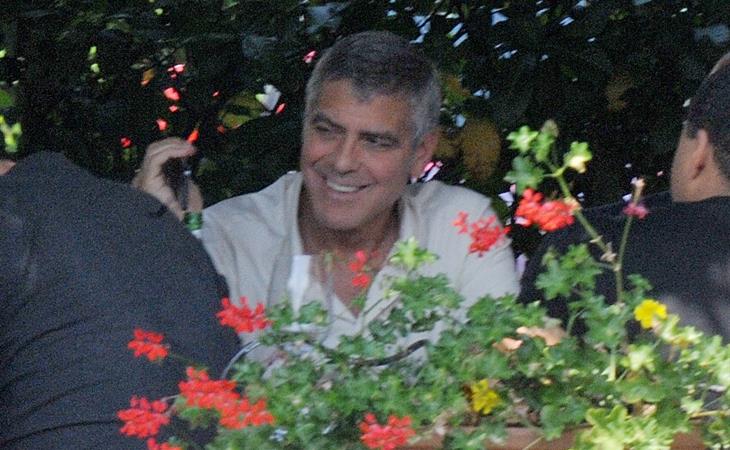 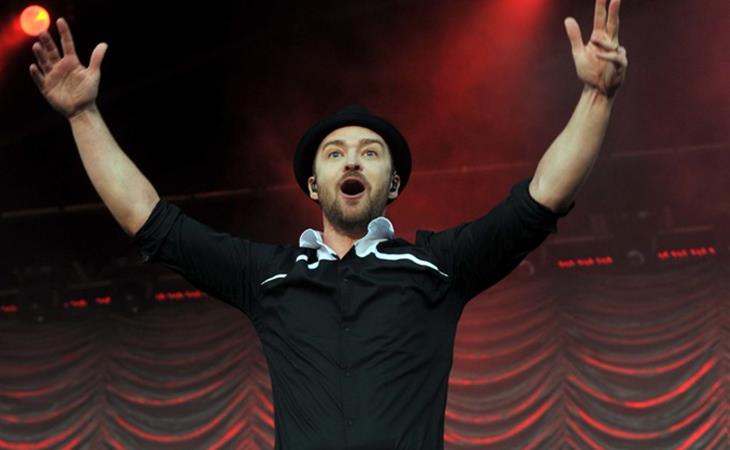 Take Back The Night in Dublin