The God of Animals

The cover is total cheese… I would never have picked this book if it hadn’t been sent to me. But that is the best part – The God of Animals was totally unexpected and then it became a wonderful gift as soon as the jealousy abated. Because Aryn Kyle is not even 30. Which means she probably wrote this when she was 25. To be 25 and already so sure of your voice and so in command of your talent. Sigh. I am a petty bitch. I hate her and I love her.

The title will likely turn people away. Oh – they’ll say – it’s a “horse” book. I don’t need another book about horses or pets. And the tragedy there is that the truth will be missed: that this is a book not about animals but about young adulthood, about the loneliest girl in a desolate town, about disappointment and forgiveness and punishment and longing and cruelty and compassion.

Aryn Kyle writes so well I could taste the dust in my mouth and hear the foals and their mothers, wailing in the night as Alice Winston’s mother wastes away in a bedroom she hasn’t left in years. At certain times I thought I could even smell Patty Jo’s perfume and even her shampoo - a testament to Kyle’s talent, that in her first novel she can draw out characters so well you feel you’ve known them without knowing them.

What I love about the story is that there is no heavy drama. sh-tty things happen but not too many sh-tty things. Not to the point of exhaustion which was my problem with The Kite Runner. And while I know I’m in the minority when I say I didn’t love The Kite Runner, to me, and perhaps this is juvenile, there were 2 tragedies too many. In a brilliant book with already 17 documented tragedies, sticking in the final two sent me over the edge from admiration to annoyance – enough already! And trust me, being no fan of “chick lit”, I am always down for a depressing read.

This is not to say of course that The God of Animals is not depressing…because in a very simplistic way of describing it, it certainly is. But at the same time, tales of discovery are often wrought with sorrow and the reason why these tales make such compelling read is because the reality is so clearly mirrored in our own lives. Don’t we all know a Nona? Who runs off looking for more but comes home beaten and bruised by the world only to keep making the same mistakes? I loved the Nona character. To me her bitterness made her not hard but sexy…it flew off the page – that rough girl in town who everyone wants to f&ck but no will admit to. The girl who finds herself too early but is too late to change. It’d be a perfect role for Evan Rachel Wood, with James Franco as her Jerry…can you see it?

I can totally see it. And I can totally NOT see Abigail Breslin or anyone named Dakota in the lead role as Alice Winston. Alice would have to be a newcomer with a not so fresh face, a girl who was born looking like she’d already lived. I adored Alice because at times I hated her. And this is what I think made the narrative so authentic. Twelve year olds are never easy. Children are never easy. But too often children are written without flaws, as if it would be a form of child abuse to even suggest that the child heroine would actually lie and cheat and deceive and willingly be bought, even by the woman sleeping with her father who is not her mother.

And this of course is why Kyle didn’t have to “go there” with Mr Delmar. Going there would have been overkill. Alice was damaged enough. But while there was no surge of joy about the ending, no predictable redemption wrapped up in an epilogue, a part of Alice still had to be preserved to offer perhaps the possibility of … possibility.

In English class, you spend days and days examining every last metaphor to its death. And there were certainly enough of those to make Aryn Kyle’s debut a true masterpiece. But, for me anyway, understanding a book is often more about what you can’t articulate than what you can. I’m not sure why I threw the book across the room and cowered in the fetal position when King buckled and crawled to his death. Or why, in a twisted way, I wanted Joe to run off with his lover. At the same time, and the thought is by no means profound or original, the most brilliant books are the ones that tell you that what we’re supposed to feel isn’t necessarily what we really feel.

Next reads:
- The Overachievers: The Secret Lives of Driven Kids (non fiction) by Alexandra Robbins
- Life on the Refrigerator Door by Alice Kuipers
- Fourth Comings by Megan McCafferty (the fourth book in the Jessica Darling series but if you haven’t, start from the beginning, Sloppy Firsts, then go one by one. I promise you, it’s teen fiction that should be considerate high end literature). 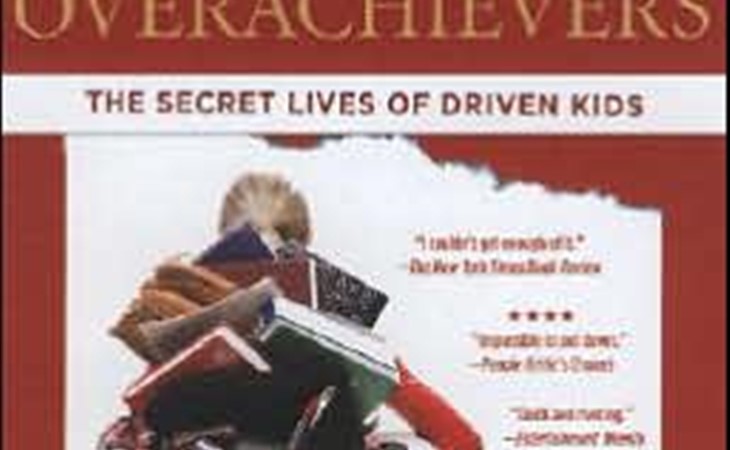 Harry Potter and The Deathly Hallows