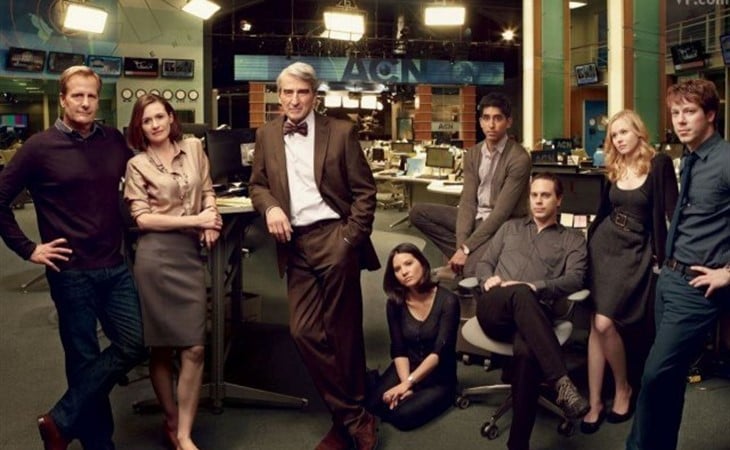 I shouldn’t really have a problem with The Newsroom.

I should just say, with the blasé disconnect of someone who doesn’t care that much, that the show is as trite as it wants to be important, that women who make stupid elementary mistakes in a medium like email that they would only have been using by-the-minute for at least 10 years are not adorable, and that the very elementary writing salvo, “Show, don’t tell” seems to have been forgotten entirely at Sorkin HQ, since Mac spends all her time screaming that Will’s not a dick (didn’t you think she wanted to say “dick”? Would HBO not allow this?) while he acts like one.

I should just say those things.  And I will.

But my problem with just writing off The Newsroom is that they are doing one thing right, and that is the physical newsroom itself.

This is how people behave in a fishbowl-bullpen where everyone can see you from every angle.   Actual work conversations are travelers – they go from my desk to yours to the printer and back to the big central conference table.   It’s also not unusual for screaming matches to be utterly and completely overheard while one is at their desk and the other is sitting on the little roll-y drawers that also work as stools.  Tempers run high, nobody cares.

But when there’s something private to discuss, something really truly important, people do what they do on this show.   They don’t creep off into a corner – you can’t leave the newsroom and besides, if you’re caught, you’ll look like you’re colluding.

Instead, people gossiping or having otherwise private conversations in the newsroom stand very straight facing each other exactly in the middle of the room.   It’s not giving each other respect; each has a 180 degree eye view of who’s coming at them.  They have each other’s backs, literally.  It’s such a nice, small detail that you’d only know if you’d actually worked in a newsroom – and I don’t doubt many on this staff have.

So then why is the show such a mess?

It hurts my heart to see that an executive producer who apparently made it through years in a war zone is being played as a buffoon.  An “adorable” buffoon who knocks things over, can only be friends with other women because that’s enough to form a friendship on, and doesn’t have enough foresight to see that she’s leading her team with a stupid acronym so that they can’t have any faith in her.

It’s so jarringly upsetting that the only person who could possibly annoy the one black guy in the room is the black woman.  Really? Of course that shouldn’t matter; they could be anyone to each other, these two… that is if they hadn’t invoked Obama as the thing these two (and, we’re led to believe, only these two) conflict over.

It is beyond my comprehension that the dozens of people who read the script before production would allow the young, new associate producer character to be castigated by her superior not for screwing up a pre-interview, but for her behavior in a personal relationship 5 years earlier.   Of course, it’s “relevant” because she still lets herself become manipulated in her relationships today, because she hasn’t yet known the love of Jim Harper, a good man who will only condescend to her when she needs it.   They tried to “fix” it, of course, with her whole “why does everyone want to protect me?” bullsh-t but then they undermined it in the next breath when of course, she screws up the segment to the point where it can’t be salvaged.

Of course, you don’t need to think about that too long because soon after, the heralded, decorated executive producer who protects her staff makes an oopsie with her email and sends it to hundreds of thousands of people in the company.  And then throws a hissy fit tossing coffee over broken Blackberries.  NOT SO MUCH.

Will McAvoy is a straw man, and they’re trying their best to make him not seem as loathsome as he is by having others around him screw up constantly and immeasurably, while his only crime is caring about the ratings.   About giving the viewers what they want.   Who could fault him for that?

It’s hard not to draw the obvious conclusions here – that Sorkin is afraid to make his characters more three-dimensional, or that he doesn’t believe the scenarios would work in reverse.  A male intern-cum-associate producer and his female boss – and his other, former female boss/romantic entanglement? Well, that just wouldn’t be believable.   Is this really what he thinks?  Is there no way to create conflict and emotion between characters except to have one see that he has Much To Teach the other?  Isn’t there any work relationship that doesn’t have the threat of romantic undertones beneath it?  No, right?  Not unless you’re a serious British man of Indian extraction who really cares about the people behind the stories – but then, who cares about you?

There are still small moments.   When you sit in your desk chair once the broadcast is on, there’s nothing to do but stew and feel nauseous.   That’s real.   When something goes bad, nobody bothers to tell you you screwed up, because nobody knows it more than you – and also, tomorrow is another day.   The grammar nerd in me appreciately deeply that “whom” was replaced with “which”, and that the Munn character (yes, I like her too) was most concerned that someone who made the mistake in the script would be in trouble.   These are small real things.

But the people populating this workplace aren’t real.   They’re cartoonish and silly and don’t deserve our respect – which maybe is fine, because God forbid we feel intimidated by very smart people doing a difficult job.   After all, that was a huge problem with The West Wing, right? 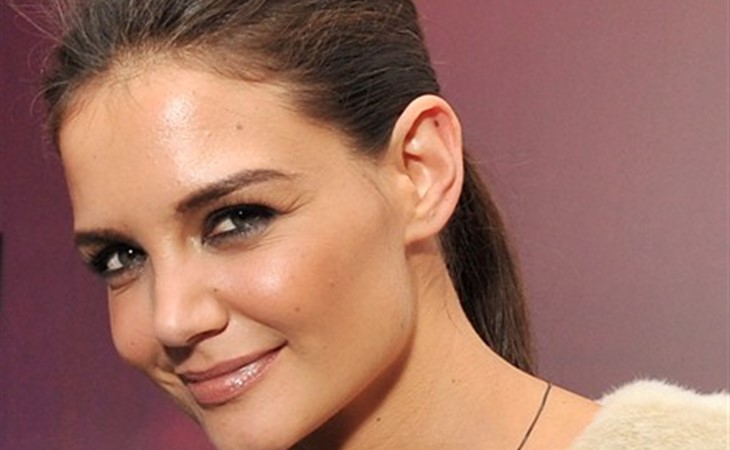