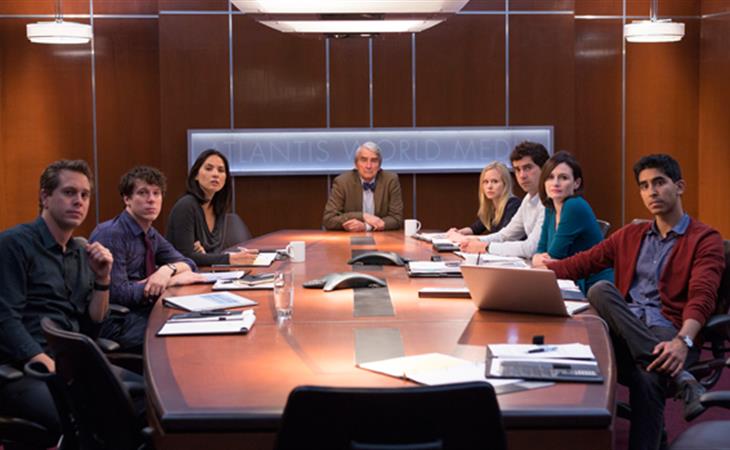 If we used it…here’s how

Do you trust Jerry Dantana? Do you? Do you though, really in your heart of hearts?  No but really. No, do you?

Because if you do, you might be an idiot.

This character, who we’ve been asked to suspect and dislike, who has been set up for us as notably Not Jim, down to the fact that he’s sitting on the “hopeless dupes” side of the table instead of the “intelligent skeptics” side when they start to discuss their plans, will turn out to be exactly who he’s suspected of being. So that’s…not surprising.

But before we get to the part that was disappointing, let’s start with the parts that were kind of passable.

As usual, this show is best when it’s about the Newsroom and about the news, and I think they’re getting better at that part of it each week. At the difference between who your friends are and who your work friends are, and between what you should say and what you do say in various work contexts.

As such, I’m surprised against my will that Sloan Sabbith is turning into a character.  Something akin to a socially-awkward genius, Olivia Munn has turned her into an actual character full of compassion and interest who, while she’s still quirky, because this is a Sorkin woman, after all, seems to actually consider her interactions and human relationships in a way that seems like a human being. It’s refreshing.  And slowly but surely, with an emphasis on slowly, she’s starting to seem like the intelligent person they tell us she is. I don’t like that they made her say all the lines about how Mackenzie is MAKING him do the show he’s supposed to, because that is ridiculous and we’ve barely seen it, but I like that she is doing that thing people do where they tell their friends how they should live. It feels somewhat real.

Mac and Don also have a friendship that seems real, much less so than whatever her interactions with Charlie are about. They’re not for one another, although damn, wouldn’t it be convenient if they were, but each understands where the other is coming from. Even if Mac is endlessly doubting her gut and looking for reassurance from Don that Jerry is trustworthy. He warns her, as you have to warn all silly women, that she should consider Jerry’s worth even if everything else in the story checks out – but he doesn’t do it to be smug or obnoxious. He, too, is a normal person who just wants things to work out for his friend.

Will, of course, seems less human, since after learning that his father died last week, he shows no reaction whatsoever to indicate that it affects him at all. Now, that’s fair in theory, since we jump all over the place in time and space and we’re now in March 2012, but if it wasn’t really going to affect him, why did we spend time on it last week? For that matter, we’re now at the point where he’s got a girlfriend who’s working on his career and calling him “honey” -  that’s fine, I think, but is it giving us anything? If she planted unrest in Will’s mind tonight, is it actually going anywhere, beyond him embarrassing himself on morning television and yammering about how he needs to break up with her? HOW is this a person?

I would similarly ask whether the Jim and Hallie plotline is going anywhere, except to give us “boys will be boys who want to have or think or talk about sex” hijinks.   (There may also be a side of contrasting how fine Gary is with how not-fine Maggie is, as evidenced by her going home with a bartender, which is SCANDALOUS.) Jim is getting more and more douchey as the season goes on, which is weird because I didn’t mind him last year. But it could also be because the cinematography this episode finally pointed out that he’s basically Tom-Thumb sized. Did we know this?  I didn’t. Most of his scenes with Maggie involve her sitting, the better to have him condescend to her. It’s irritating and getting worse the more he judges her, and he’s getting less and less redeemable.

But that’s OK, because Jerry Dantana is the chief focus of Team Irredeemable this week. First of all, I’ve never worked for a top 3 cable news show in New York, but I have worked on national and international shows of all stripes and kinds. There would be a camera operator. A real one, not Maggie Jordan. Maggie might well have been there, and I guess they thought they needed to give her something to do, but she would neither have “framed up the shot” – and notice she wants to make it better than Jerry does – nor would she have warned them to check their levels.  What’s more, the camera operator and audio guy who went along would not have left the room, because that is preposterous.

But it happens, so that we can get a story about what happens when a producer we don’t like, or want to have anything to do with, messes with the integrity of CAN.

Anyway. So bad Jerry does the bad thing – and I notice that it’s not even done in New York – he’s back in Washington, so all our good people’s hands are as clean as possible.  He edits it, shows it to the “Red Team” and they debate and eventually air it.

EXCEPT ONE THING: SEVERE SPOILER OR NERD ALERT AHEAD.

If Maggie had won her argument and framed the shot the way she wanted to, with the TV not in the shot, maybe that would be one thing. But Jerry Dantana, who’s supposed to be a smart (not to mention moral) TV producer misses the fact that his edit in the audio of the shot creates a JUMP CUT in the BASKETBALL GAME that is IN FRAME. Sorkin, how clever are you?

So in a roomful of television producers good enough to be there, several of whom have or do run their own shows, nobody sees the jump cut that I saw on first pass?  That I was supposed to see? Why show it to me then? Why can’t they catch the villain?

Carry on, Marcia Gay Harden. Uncover what you will… 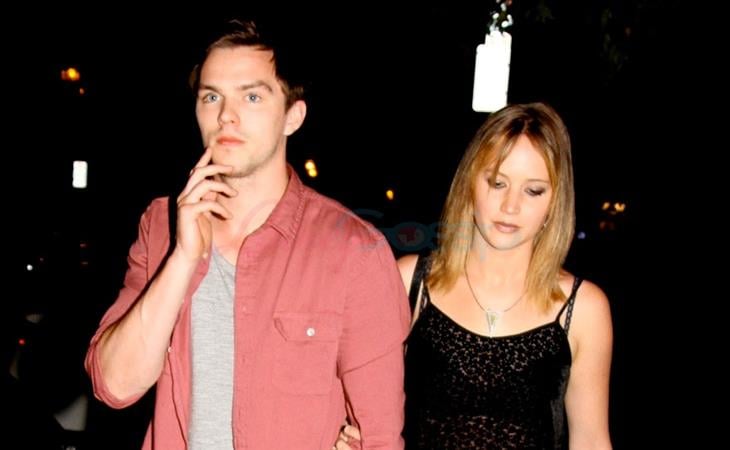