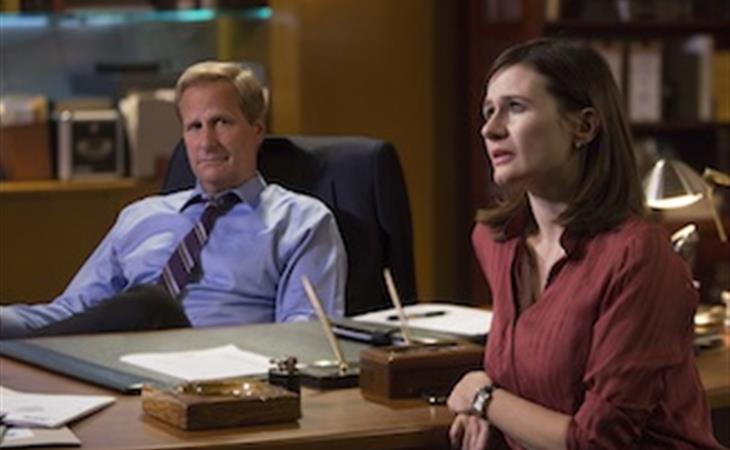 My PVR didn’t originally record this episode, because it thought this episode wasn’t new. Enjoy that meta statement! Take it for what you will!

Gaffes in cable providers aside, I’m not going to ask if anyone’s still watching The Newsroom. It would be churlish. I am, however, going to ask whether anyone is still having fun. Honestly, is anyone getting any enjoyment out of this? I often reference the TV or newsroom environment as one reason I’m still interested, and indeed my heart rate perked up a little when they were all calling back and forth about protests in Egypt and Syria, but oh my Lord, the endless scenes in boardrooms where people say this is or isn’t a true story? Are they fun for you? Moreover, are they fun for Sorkin to write?

Speaking of fun, I want to point out a weirdness that’s only just occurred to me.   Actors always talk about how they want to play villains, right?  Because they get to have more fun and be a bit saucy and naughty, and basically twirl their metaphorical moustaches. If that’s true, Jerry Dantana is the worst villain’s role known to man.

Think about it. He doesn’t conspire to commit a crime, because he has no motive.   In fact, his motive for this whole thing is ‘people don’t respect me because I’m from Washington’ which seems only partly true. Partly it’s because he pulls sh*t like this, and partly it’s because he never met a concept he couldn’t whine about, which is totally saying something, given that Don spends the first 10 minutes of this episode being a thoroughly atrocious brat in a way we haven’t seen since season 1 but that I am strangely happy he hasn’t lost altogether.

What this long involved story does, other than undermine all news producers everywhere by implying that any worth his salt would allow a TV in their shot (not least because I think it would mess up scanning lines) and that there wouldn’t be a camera guy there who was actually livid about it, is it makes the news team one unit.  I can like it or not, but there are six different ways of asking who the problem was, where the weak link happened, and the solidarity came through every time, with a side of “Maggie Jordan is fine”. So I guess they really are a team now, and nobody’s going to come between them, least of all Leona, who was entertaining in her yammer about nobility but mostly entertaining because of how much I was enjoying looking at her dress.

So now what? “The audience doesn’t trust us anymore”.  “Get them back!” That can be a launch pad for just about anything. We can put this behind us and be the biggest, bestest news show ever, again, with integrity! Except of course that somewhere along the way Maggie’s going to cut off all her hair, and that this whole storyline actually came about as a long-long-long lead, cold-revenge fantasy because a guy who lost his son to addiction would trace it back to the executive in charge of the barely-more-than-an-intern who fired his son, the intern?

Are you kidding me with this?

So okay, so let’s say I buy that, and also that they now are going to rebuild their audience. What this show is missing that other Sorkin shows had is that the characters enjoyed one another, and had real-life reasons to run into one another.   I’m finishing “The West Wing” against my will, because Season 6 is a slog – but when the characters slight each other in the name of work, they really believe it’s for a reason. Wouldn’t it be nice if the ACN Newsroom – which, by the way, Leona ‘loves’ – could be based in the same thing?   We have three episodes until the end of the season (I think. I think it’s 10, and not 13). Who can these characters be that tells me they’ve grown or changed or are marginally more interesting than they were before Genoa? Oh, and can I see the General when he chews Mac out?  And while we’re at it, can he chew her out for crying at work like a goddamn rookie?

See ya, Jerry Dantana. Didn’t believe for a moment you were anything other than a lame bad guy, not surprised that it’s what you are. So…I guess there’s saying something for transparency of portrayal? 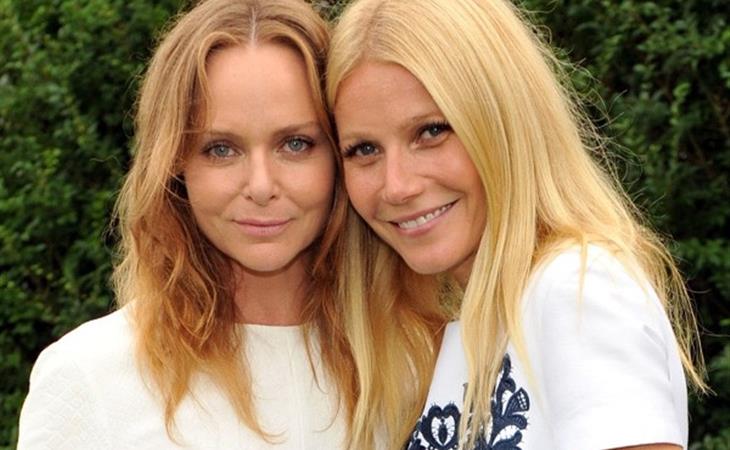 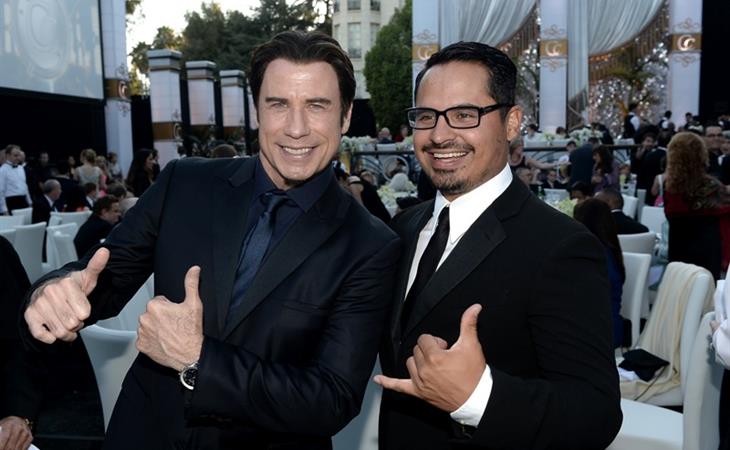