Like Zadie Smith, Nigel Shriver, Diana Evans, and Aryn Kyle before her, Sadie Jones has delivered a debut that makes a jealous bitch like me cry out at the unfairness of it. SO unfair. Why couldn’t they have started slowly, with one or two mediocre efforts, before properly harnessing their talents? Why make everyone else feel so inadequate? And they’re so young. Ugh. Hate them all. But really, really LOVE them all. And really really love The Outcast.

It’s not perfect, but she’ll write her perfect book later. Like Zadie Smith did after White Teeth with On Beauty. Sadie Jones has a masterpiece in her.

For now, The Outcast is what everyone is talking about, and deservedly so. Sure, it has it’s small deficiencies - don’t know if I totally buy some of the dialogue, particularly when Lewis confronts Daddy Carmichael. And while I found it extremely satisfying, his theatrical and spectacular save was…perhaps a little over the top?

Or maybe not. Maybe that’s the point. As outrageous as it was, what Lewis did, the meek people of Waterford were still able to brush it aside and get on immediately, forcing their lives to resume the same patterns, only this time with a new family to cast aside, having convinced themselves that Dicky’s problems were unique to him, and not at all reflective of the overall community. This is the stifling, suffocating power of convention and conformity. And times aren’t really all that different today.

I wrote in my review of Girls Like Us that women have regressed. It can also be argued that everything has regressed. Life in Waterford in the 1950s then is not much unlike life today: judgment is stronger than forgiveness, same is sexier than originality. Are we regressing, or simply not moving at all? Is not moving at all considered regression?

Lewis’s attempts to embrace a community that will never embrace him back will break your heart. Lewis will break your heart. Jones has deftly created That Guy: deeply damaged, the classic flawed hero you fall in love with even though you know you shouldn’t. He now sits atop my Literary Freebie Five. Holy sh-t Lewis is hot. I want so badly for Lewis to be real. He will make you want to heal him and then f-ck him. Every woman in the book wants to heal him and f-ck him, which is why what happens with Alice – while fundamentally wrong – is also very believable. That sexual undercurrent between them, from the moment he comes home, builds and builds until there is only one possible conclusion. She had to. They had to.

And this is what makes The Outcast great. The tension, the unrelenting sense of dread, the anxiety and worry for Lewis and then later for Kit, it’s terribly dramatic, horribly stressful, and utterly believable. Lewis and Kit were so real for me. His pain was authentic, her loyalty was authentic, his isolation was authentic, her sacrifice was authentic, and their shared redemption was so bittersweetly authentic, I cried for an hour, read it again, then cried some more, as if it were me on that platform saying goodbye.

The moment when she shouts at the train: We’re saved! If they make a movie out of this, they’ll have to carry me out of the theatre if that part is played right. When an author knows her character and gives her the perfect two words that she would so totally say and only she could say them – these are the intangibles that make reading so rewarding.

(Aside: I’m writing this sitting across from Peter Facinelli on a plane. He’s losing it on his iPod playing a video game, hands rubbing it furiously, shaking it around spastically in the air. It’s terribly distracting.)

So will there be a movie? If there is, these are my cast suggestions.

Robert Pattinson. I don’t like him for Edward Cullen. Because I don’t like Edward Cullen. I do however think that Pattinson’s natural awkwardness and self consciousness, the attempts to convince that he’s not just a beautiful boy, and the assertion (from all his supporters at least) that he’s more sensitive cerebral artist than pretty glossy star would make for a potentially riveting performance.

There you go twi-hards. If Robert Pattinson ever decides to star in a movie based on a real book, if he becomes Lewis Aldridge and does him justice, I will put him on the Freebie Five.

Have you read The Outcast? If no, you must. Everything inside is beautiful. But ignore the cover. The cover is ugly and I hate it and I’m writing this in flight and I’m embarrassed that people can see it because it looks like a cheese piece and this makes me crazy: when good books get sh-tty covers. Happens way too often.

Perfect Fifths, the final installment of the Jessica Darling series by Megan McCafferty 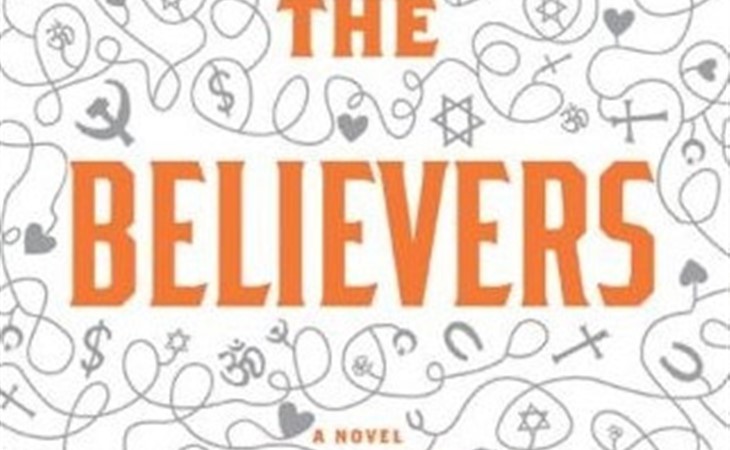