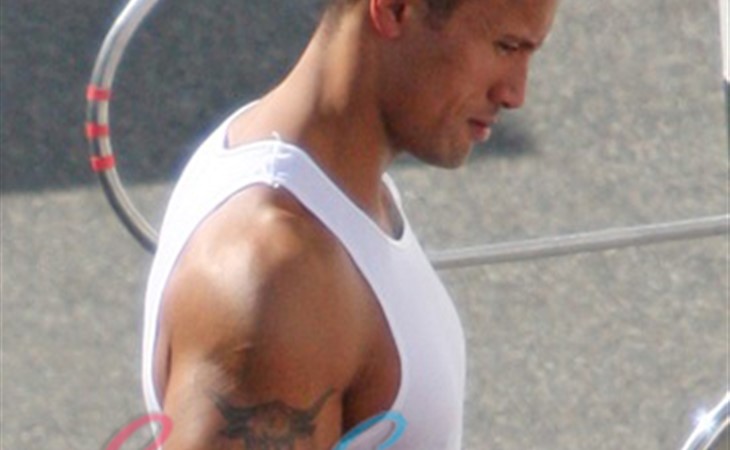 Beefcakes are not for me. However, I know I’m in the minority.

Maybe just the outside.

My sources say his onset behaviour so far has been kinda dicky. Nothing super serious…just a chronic problem with punctuality.

Some people don’t mind lateness. I on the other hand can’t bear it. Makes me crazy. Time wasting makes me crazy. And waiting for the Rock on set lately has been a full time job. He’s allegedly been several hours late reporting for duty a few days in a row with no apparent excuse, and on one occasion holding up the shoot to talk on his cell phone.

Still…by some standards, I suppose that’s rather mild. Even acceptable. Maybe he should actually be thanked for being tardy instead of tardy AND abusive…

As for his love life …. rumour has it, very, VERY active. Not unlike Ryan Phillippe was when he was in Vancouver…except Ryan was still married. The Rock is not married anymore but he allegedly has a girl in every city.

I’m told he has multiple girls in Vancouver but none of them know about each other… until now.

Are you all ok with sharing him?

Because you are all sharing him. Trust.