The Walking Dead Episode 11: Let’s stand around and talk some more

Daryl is in charge of torturing Randall. Poor Randall. He probably wishes Rick left him to the zombies at this point. Randall says there are 30 men in the group he came from, heavily armed. He alludes to the group assaulting a survivor’s teenage daughters. This hits Daryl really, really hard. Combined with how diligently he pursued Sophia, and how hard he took her zombification/death, I wonder if there’s some backstory there. This is a fairly tough scene but the show is always better when it goes dark.

I’m so glad Officer Rick has an actual wardrobe now, and not just the recycled deputy’s uniform. Andrew Lincoln is too attractive for polyester.

Rick decides to off Randall since he poses a threat. Dale tries to talk him out of it. Dale wants to have some kind of backwoods trial to judge Randall’s fate. Rick gives him till sunset to get the group reconciled, one way or the other. The scene ends with a really lovely shot of Rick and Dale framed by two ancient trees with a windmill in the far distance. The cinematography on this show doesn’t get enough notice. This episode was photographed by Rohn Schmidt, who deserves props for this one shot alone.

Dale goes to Crazy Andrea for help protecting Randall. Dale doesn’t seem to get that Andrea has gone over to the dark side.

OH MY GOD MORE TALKING ABOUT THE STATE OF THE WORLD AND HUMANITY.

Randall’s figured out they’re going to kill him. At least he’s not stupid. And here’s another shocker, Stupid Shane comes around, looking to maybe just kill Randall right now, because that’s all Stupid Shane does. Kill everything that moves, except Horrible Lori and Carl.

Stupid Shane is plotting a coup. Randall overhears his plan. Carl is spying on Randall, who tries to get Carl to help him escape. Stupid Shane busts in and goes totally nuts on Randall, then turns it into a teachable moment for Carl. Everyone is starting to see that Stupid Shane is unhinged.

Daryl is the smartest person in this group. He should be in charge. He has everyone’s measure, including Rick’s unwillingness to see the worst in Stupid Shane.

Haha, Rick doesn’t think Stupid Shane will be a problem anymore. OH RICK. YOU NAÏVE BASTARD. He’s setting up for an old fashioned hanging, and he and Horrible Lori debate the death penalty. Starting to hope everyone gets eaten by a zombie in this episode. Except Daryl.

Carl mouths off to Carol, who promptly gets into a fight with Horrible Lori. Carol’s anger is severely undermined by her general uselessness. Now Rick and Carl are talking about talking less and thinking more. I wish this scene would talk less.

Poor Dale, he’s spitting into the wind with this whole “save Randall” thing. Hershel wants no part of the situration.

This episode is turning into a battle for Carl’s soul. I expect him to start playing chess with Death at any moment (name that reference). He messes about with Daryl’s stuff and steals a gun. Because that can’t possibly end in disaster. While stumbling through the forest (why is Carl allowed out on his own like this after what happened to Sophia?) he finds a zombie stuck in some mud.

Oh Dale, why even bother talking to Stupid Shane? He’s actually wasting his best argument for sparing Randall—his 30 friends are still out there whether they kill him or not—on Stupid Shane.

Hershel and Glen have a bonding moment over being the descendants of immigrants. He gives Glenn an heirloom pocket watch and gives Glen his blessing with Maggie. Totally useless gesture, but a nice one nonetheless.

Rick is set on getting rid of Randall.

Back to Carl and his taunting of that stuck zombie. Which of course gets free and knocks the gun out of Carl’s hand. Carl gets away but he leaves Daryl’s gun behind. SMOOTH MOVE, CARL.

Oh goodie, a powwow scene in which everyone stands around, talking. Dale’s reaction to Glen disagreeing with him is priceless. Dale may be an annoying old coot, as written, but Jeffrey DeMunn gives it everything he’s got.

I hope they kill Randall just so we can stop having this conversation.

Oh my God, Crazy Andrea sides with Dale. He makes a lot of really excellent points, but Rick’s one line, “That was before they tried to kill us,” is also a hard truth. There’s no “right” answer here. Randall poses a real threat and there’s no good way to guard against it.

In the barn with Randall, Rick, Daryl and Stupid Shane. This is some super hard sh*t to watch. Oh God, Carl arrives and encourages Rick which obviously has the opposite effect. Now Rick can’t pull the trigger, literally, because he’s afraid of what’s happening to Carl, who is clearly turning into a psychopath.

Ew, gross! Dale stumbles across a gutted cow, and is set upon by that mud-zombie Carl provoked earlier. The zombie guts Dale and Daryl dispatches the zombie.

Well, at least we won’t have to listen to Dale yammer on anymore.

Ironically, an innocent man gets killed anyway. Rick can’t pull the trigger, so Daryl does it. An otherwise annoying episode is saved, once again, by final-minutes drama.

Status check:
Officer Rick: Getting tougher but still conflicted.
Stupid Shane: Continuing his downward spiral.
Horrible Lori: Apparently against the death penalty.
Dale: Gutted.
Carl: Burgeoning psychopath and second-degree murderer.
Glenn: Has Hershel’s blessing for whenever he gets five minutes to be happy.

Worst thing seen/heard this week: Dale’s death.
Zombie kill of the week: Daryl in the head with a knife. 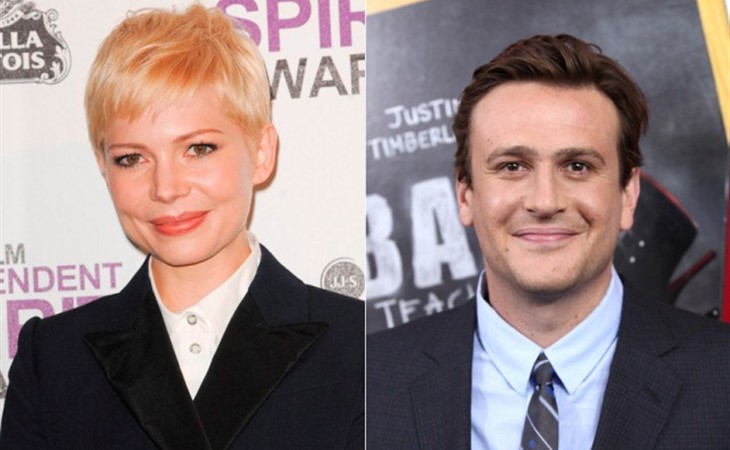