Four episodes into the sixth season of The Walking Dead and this show has never been more frustrating. At its best, Dead can produce top-notch television for a few hours at a time, but it can’t sustain momentum because the show has no narrative focus. The closest thing we have to a purpose to this show is the ongoing debate over whether or not there is any room for humanity, compassion, or kindness in a zombie apocalypse. But that’s a fruitless argument because 1) we’ve debated it too much on this show and it’s tired, and 2) no matter how crazy he gets, the show bends over backwards to prove Rick right.

Apparently this whole season is taking place over the course of one day, which makes it especially binge-friendly. Individual episodes overlap to tell a concurrent story, except for episode four, “Here’s Not Here”, which is the inevitable Morgan flashback episode. The first three episodes, though, cover maybe two hours in which everything goes to hell in Alexandria. Also Glenn may have died.

It is abundantly clear that the Alexandrians are not capable of surviving in the “real” world, and episode one answers the question of how the town has gone relatively unmolested by zombies—there’s a huge quarry full of them just outside town. Someone set up a blockade with semis, and thousands of zombies have gathered, drawn by the noise of other zombies banging against the trucks. So Rick concocts a terrible plan to lead the horde away from town—instead of just bottle-necking them in the quarry and killing them one by one, 300-style—and of course everything goes to hell.

Through the first three episodes, even though he’s full-blown Ricktator crazy, Rick is proven right again and again. Any hint of humanity gets you killed. The Walking Dead has become a show without hope, as every plot point reinforces that kindness kills. Look no further than Glenn, who tries so hard to rehabilitate Nicholas after being such a sh*tstain last season, only to maybe be turned into zombie chow when Nicholas kills himself because he’s unable to cope with the reality of their world. Even if Glenn does (miraculously) survive, his compassion probably won’t.

Likewise, Morgan’s compassion is challenged back in Alexandria. While on Rick’s zombie-baiting run, a horn blares from town, drawing the attention of the zombies away from Rick’s desired path. Morgan goes back to see what’s up, which is an attack by the Wolves. Episode two, “JSS”, is superb, thanks largely to its action-driven story but also in part to a terrific cold open starring Carl’s friend, Enid. “JSS” is her mantra, Just Survive Somehow. She may or may not be part of the Wolves, but either way Enid’s backstory is handled cleanly and competently in less than five minutes, which makes Morgan’s ninety-minute extravaganza seem all the more indulgent.

Enid sees what Rick sees—Alexandria is a dream that can’t last, like the farm, like the prison, like Woodbury, like Terminus. She doesn’t really serve a purpose, plot-wise, except to echo Rick’s sentiments about the stalwartness of the people of Alexandria, and the Wolves prove them both right. The Alexandrians are overwhelmed, and many die. If not for Carol and Morgan, the town would have been completely overrun.

But Carol, dropping her Suzy Homemaker act to dress as a Wolf and use the disguise to slip around town to kill the invaders, saves the day. “JSS” emphasizes the difference between the Rick/Carol kill-or-be-killed model and Morgan’s pacifism—he refuses to kill people—but so far Morgan’s slightly more peaceful ways are disastrous for others. He lets a group of Wolves go, even though one steals a gun, and that group later besets Rick. Morgan ends episode four with a Wolf in his custody in Alexandria, and he’s going to try and spiritually resuscitate the man the way the “cheesemaker” Eastman saved Morgan, but we have no reason to believe this will work. Morgan is probably endangering everyone.

His backstory episode is a waste of narrative space because HOW Morgan comes to adapt his zen-like ways really is not the interesting part. Is anyone really into ninety minutes of Morgan psychotherapy? It’s just more time spinning the wheels on Rick’s “no softness” stance. Morgan’s savior and spiritual advisor, Eastman, shows him a different path, but Eastman is fatally wounded by a zombie while trying to save Morgan—once again, kindness kills. Time will tell how Morgan’s arc plays out, but right now, he is not presenting himself as a viable leadership alternative to Rick.

The Walking Dead desperately needs a narrative focus other than “Rick is right”. No matter how good the zombie effects or shocking the deaths (“deaths”), without some kind of larger focus the show will only continue to grow more frustrating and repetitive. It’s the same song, different verse, of what we’ve seen played out in Woodbury and Terminus before, and for now there is no reason to believe Alexandria will be any different. We’re six years in and Rick & Co. are literally and figuratively still wandering in the woods, seeking a point.

• Rick will eventually be kicked out of Alexandria
• Carl will stay behind, because he is the worst
• Deanna will turn out to be another Governor type
• Someone from GREATM will die
• Maggie and/or Glenn will die – PENDING
• Sasha will die because no one knows what to do with her
• Carl will not die, because we are not that lucky
• Daryl and/or Glenn and/or Maggie will end up alone outside the walls with the Wolves to provide a season-long B plot
• The Wolves will attack Alexandria, and the group will beg Rick to come back and save them – KIND OF CHECK
• Rick will come back and be restored as the Ricktator
• Despite moving to Virginia, the settings will continue to look suspiciously like the same woods in Georgia – CHECK 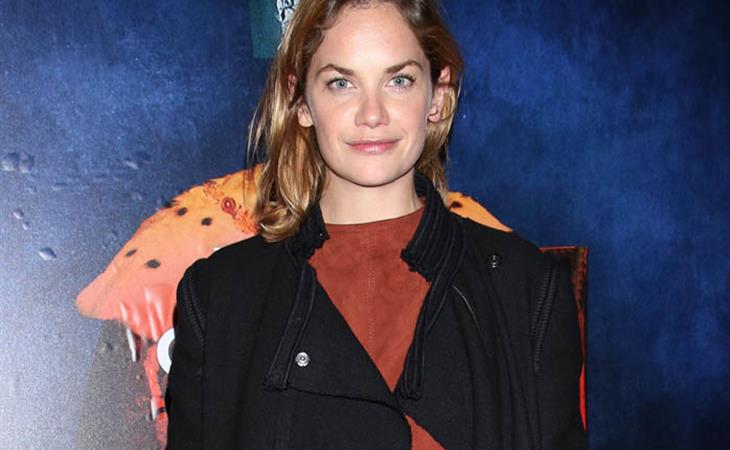 What would you call it, then?