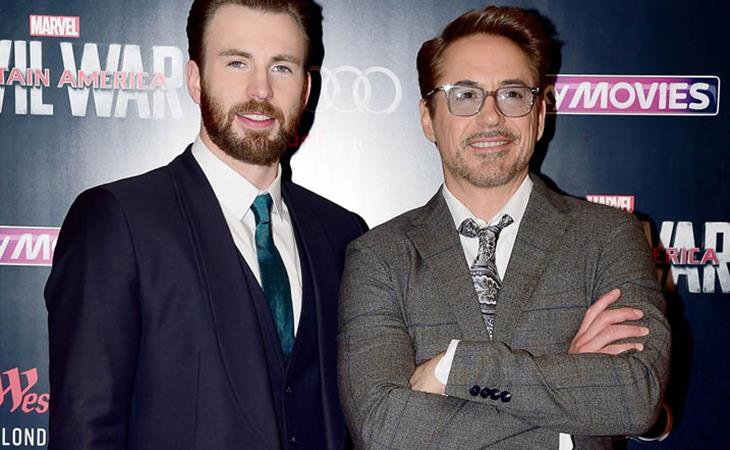 It’s such a cheesy f-cking expression, “Suit up”. And I LOVE IT SO MUCH. But that’s probably because I love the Avengers. If skeevy Superman Henry Cavill were saying it to skeevy Batman Ben Affleck, I’d probably feel differently.

Captain America: (the Avengers) Civil War opens next week in North America. Most of the Avengers are in London right now promoting the movie and not missing Thor. Right now Civil War is still sitting at an awesome 97% on Rotten Tomatoes. Speaking of awesome, I just saw a new trailer with Spider-Man in it. And Peter Parker speaks. Or, more accurately, he quips:

That’s interesting to me. Because up to this point, he’s not the main quipper. The main quipper, and always the best quipper, of course, is Tony Stark. Spider-Man is #TeamIronMan (aka the fun, not boring team). Can one team survive TWO quippers? Probably not.

Sam Jackson’s suit is killing me.

Also, and now Sarah is going to KILL me, but, um, Sebastian Stan’s hair? It looks….unnatural, doesn’t it? His hair is reminding me of John Travolta’s hair. I’ll just leave that there and exit quietly now.