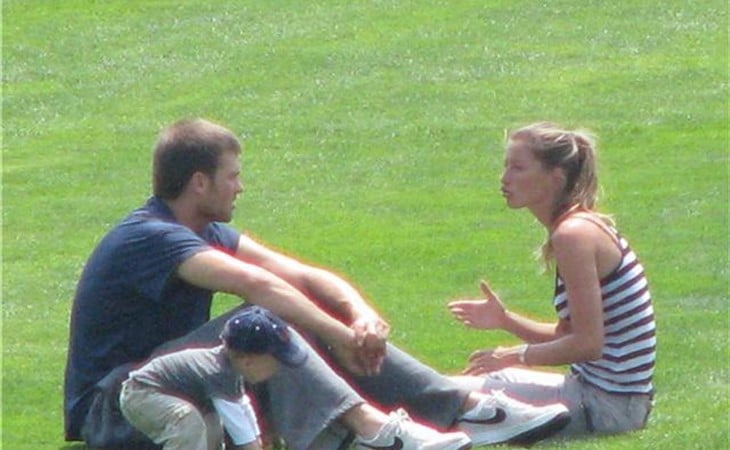 Tom and Gisele: playdate on the field

Check it out – Tom Brady and Gisele Bundchen with his son John Edward enjoying a little family time on the field at Gillette Stadium today. The cutest.

Earlier in the day, Tom trained with the Patriots – he’s yet to play in preseason because of that ankle, says he’ll be ready by Week 1 – and then joined his girl and his boy on the grass. Tom could be seeing with little John on his shoulders dancing playfully and Gisele, as pictured, was spotted giving him some water.

Somewhere out there, Bridget Moynahan is losing her sh*t.

Why isn’t Tom on the Freebie Five?

Why isn’t Gisele on the Freebie Five?

Kay vs The Squawking Chicken