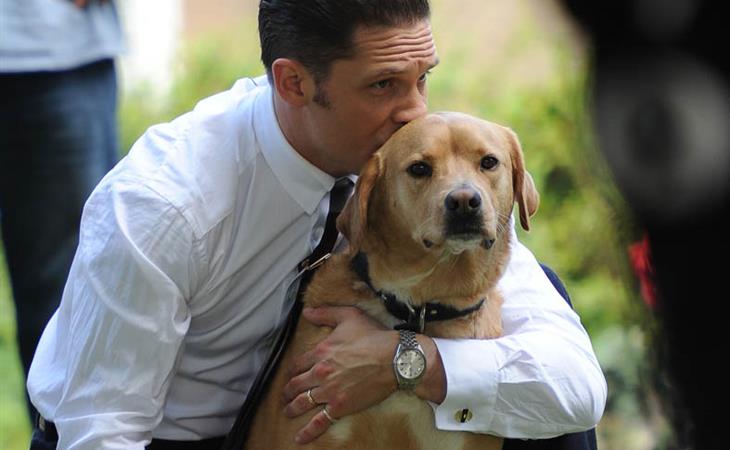 Tom Hardy continues to shoot Legend in London. There was a kissing scene with Emily Browning in the car.

There were a lot of kisses with the dog. His own dog. That looks like Woodstock. He adopted Woodstock with Jessica Chastain – because the two of them are super method like that – when they were working on Lawless. After wrapping, Tom took Woodstock home. They even posed together in VOGUE: 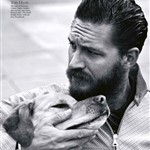 Here’s how that looks at my house: 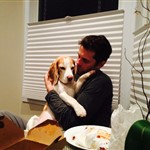 Actually, you know what’s hotter? When the man goes to the drug store for you: 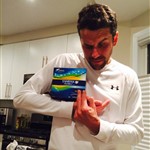 Tom Hardy would totally go on a tampon run too. 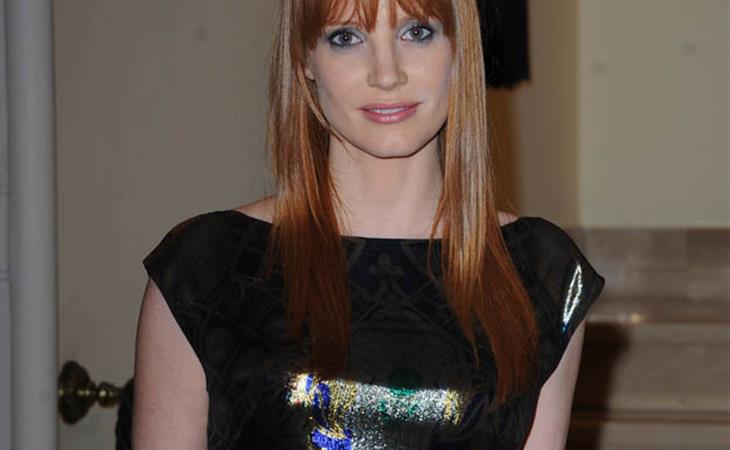 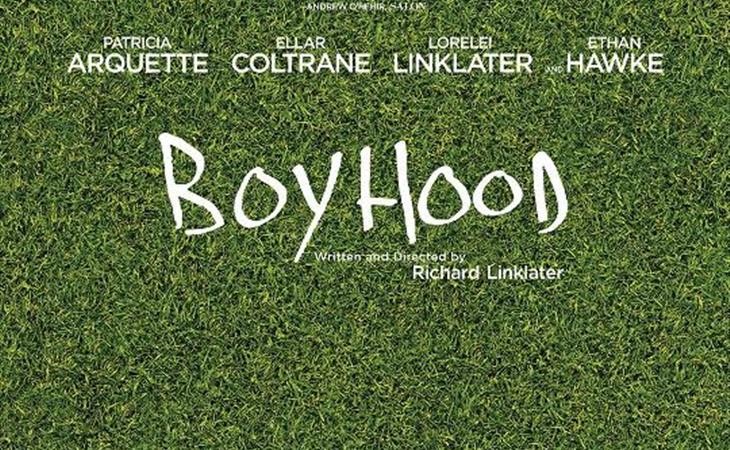