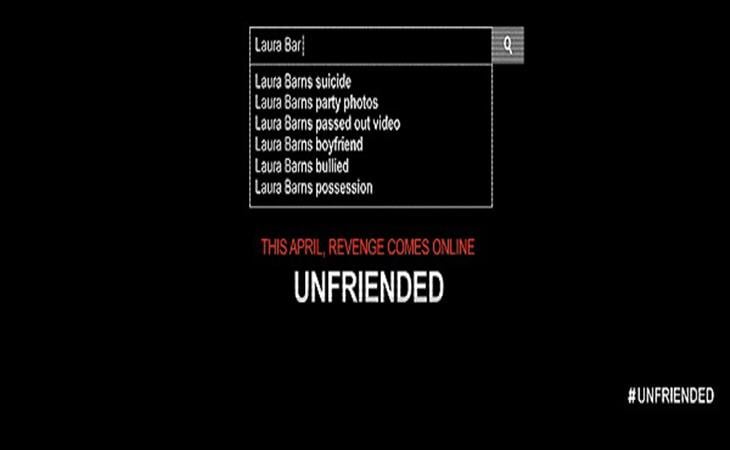 Earlier this month Lainey said she thought Unfriended might be a sleeper hit. I wasn’t quite as enthusiastic—though it did well enough, it didn’t have the kind of opening weekend that suggests it’ll stick around for long. I told Lainey the ceiling for Unfriended would be its lack of appeal to adult audiences, and sure enough, 74% of Unfriended’s audience was under 25. It’s not going to cross out of its core demographic, but horror is a genre traditionally driven by teenagers, so it’s nice to see them turning out for a horror movie after the audience demos have swung the other way, averaging over 25 for the last decade. Every twenty years or so, horror cycles back to the slasher as its bread and butter, and we’re on track for a return to good old fashioned gore fests.

Unfriended is a teen slasher presented with a found footage gimmick—the whole thing unfolds over Skype. The movie, directed by Levan Gabriadze, is 98% committed to its gimmick, down to the soundtrack deriving from selections on a Spotify playlist. There are some inorganic elements, particularly sound effects and editing cuts, that take away from the Skype format, but on the whole it’s actually impressive,how committed the movie is to its frame. Unfriended unfolds in real-time as a group of friends are victimized by a malevolent presence on their Skype session. At first they think it’s a hacker, then it’s a troll, then the kids start dying and the survivors try to figure out who or what is stalking them.

The format allows for some creative uses of framing and space, and the death scenes escalate in intensity in a way that is satisfying, especially if you, like me, have missed slashers. But it’s also a limiting format. For an R-rated slasher flick, Unfriended is surprisingly bloodless. And following a couple other recent examples of slasher horror, You’re Next and The Guest, it feels particularly toothless—I was actually surprised this movie is rated R. I thought for sure the editing of the death scenes was done to achieve a PG-13 rating. The mystery of who’s behind the murders is actually given away in the first act, which also serves to deflate the narrative of any urgency.

But Unfriended mines timely territory with a plot that involves cyber-bullying. Though the Skype format sets up some native limits, it also grounds the movie in a totally believable premise: The night of the wonky Skype session is the one-year anniversary of a classmate’s suicide after a degrading video is posted on the internet. The movie is framed like we’re looking at one of the Skyper’s laptop screens, and she surfs constantly between her video calls, her instant messenger conversations, and Google as she tries to figure out what’s going on. Sometimes that creates effective tension, like when someone’s Skype screen freezes only to cut back in, mid-death sequence. Other times it’s unintentionally hilarious, like when she frantically goes through Chatroulette, looking for help (clearances on the movie must have been nightmarish), but sometimes it’s just boring. The IM sessions tend to go on too long—watching people type is never exciting.

Unless you’re a hardcore horror nerd, Unfriended is not essential viewing. But it is a surprisingly decent film, and the real-life framework for the narrative gives the movie a little extra punch. The kids aren’t being punished for promiscuity—as is usually the case in teen slashers—they’re being punished for being twats who posted a degrading video on the internet. It’s a satisfying, twenty-first century update to the morality code of slasher flicks that leads to an effective climax. It’s not the scariest or goriest movie in recent memory, but it is a mostly effective twist on the found footage sub-genre. 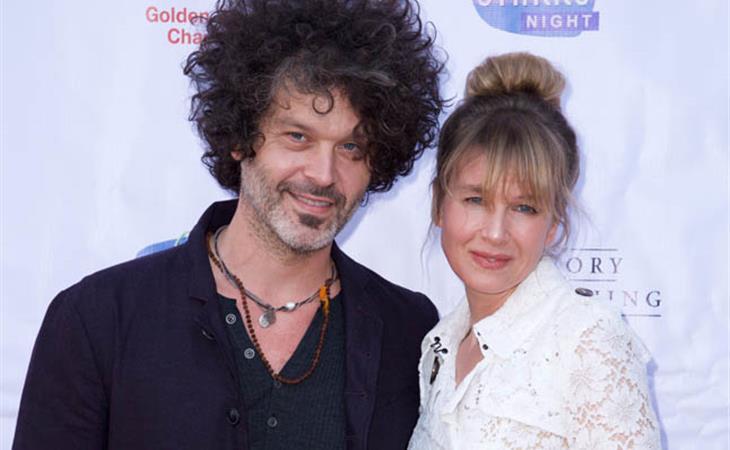 Renee Zellweger: one man, one hairstyle 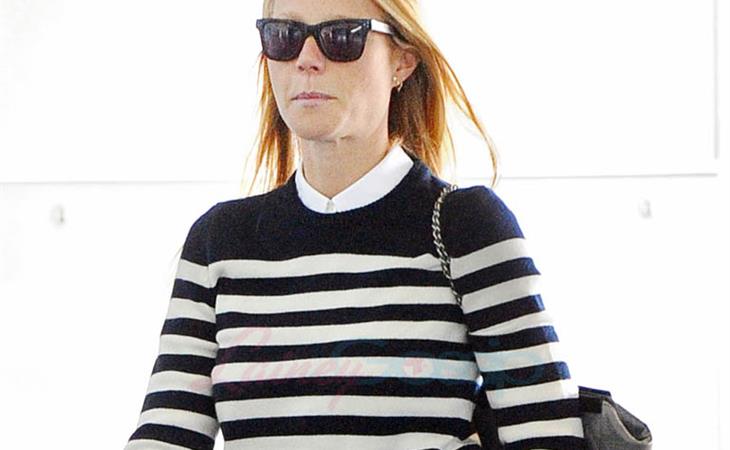