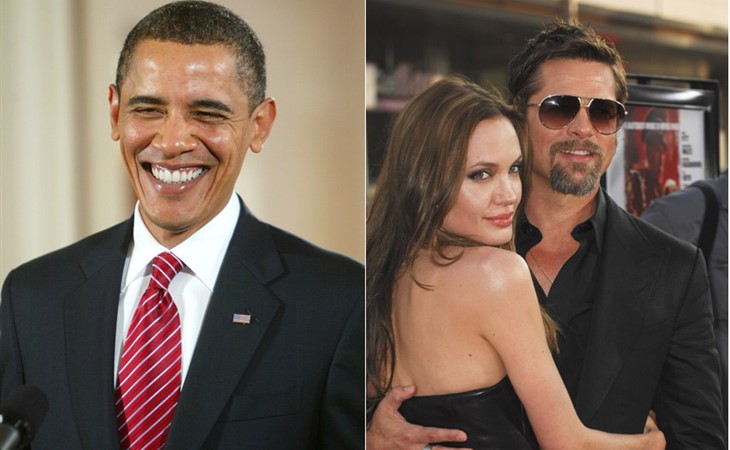 Us Weekly has a hate-on for the Brange lately. Week after week they’ve been pounding the first family of gossip, and this week the streak continues with a juicy item about Angelina’s disdain for none other than Barack Obama.

According to Us, “she hates him”.

Now that is strong.

Those are fighting words.

Suddenly Angie is Glenn Beck? Well, not quite.

"Angie isn't Republican, but she thinks Obama is all smoke and mirrors," the source says.

As you know, Brad Pitt is a staunch supporter of President Obama. He rode around on his bike one day with an Obama book waving it at the paps in New Orleans. He was in Grant Park the night the President was elected. So apparently this is coming between the Brange. They fight about it constantly. The Jolie thinks Pitt’s politic opinion is for sh-t although, breathe easy, it’s not enough to split them up. If anything, it probably makes the jungle sex even hotter.

Still…already a polarising figure, this has only added to the negative swirl around Angelina Jolie. We need a fix it very soon. The tabloids are on the attack. The tabloids are pushing them to bring out the twins again. Bet you that’s what this is all about.

It’s not too late for the younger one