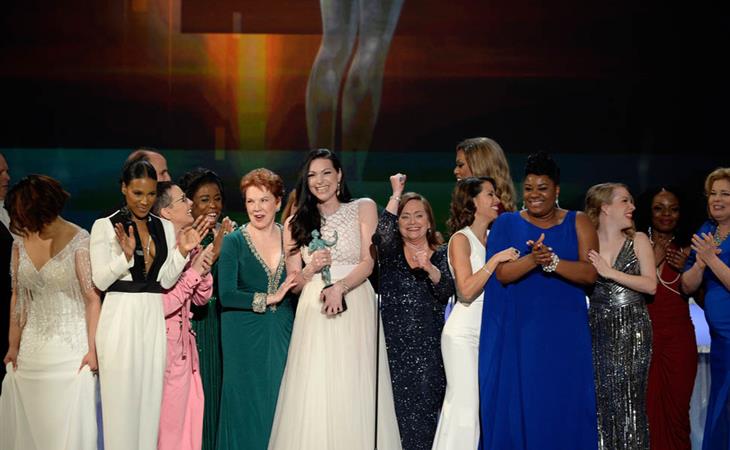 The Screen Actors love Uzo Aduba. And they love Orange Is The New Black. As you saw on that stage and in these photos…the women! Women who may not have had a place in the industry before, celebrating the moment.

OITNB is on Netflix. And, as we saw with Idris Elba and Beasts Of No Nation, certain branches of the industry aren’t quite ready to embrace Netflix, not yet. But at the SAGs, Netflix was prominently acknowledged in the nominations and on the eventual winners list. And that probably has a lot to do with the fact that Netflix is employing actors who weren’t given opportunities by the studios and the big networks and who are now finding work on streaming services. Perhaps the Screen Actors Guild isn’t as beholden to the major studios the way the Academy is. Perhaps, for the thousands upon thousands of Screen Actors, a membership that is almost 10 times the Academy’s, most of whom are not the Leonardo DiCaprios and the Jennifer Lawrences, their vote is with creative opportunity. 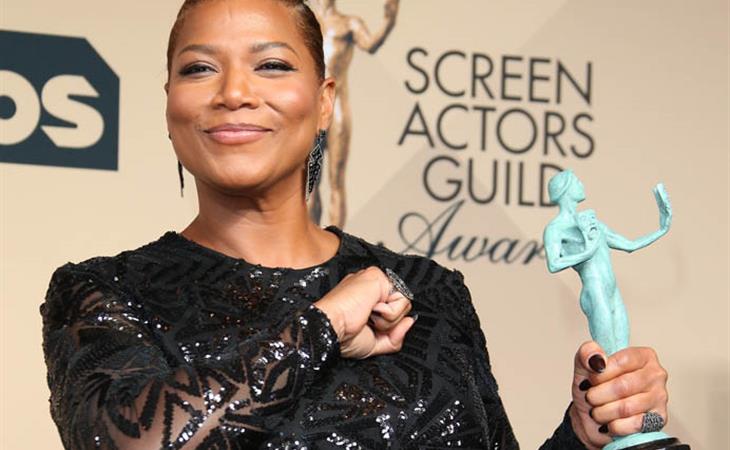 The 10 Biggest Moods from the #DrunkTaylor Party

Outfit of the Week: Uzo Aduba