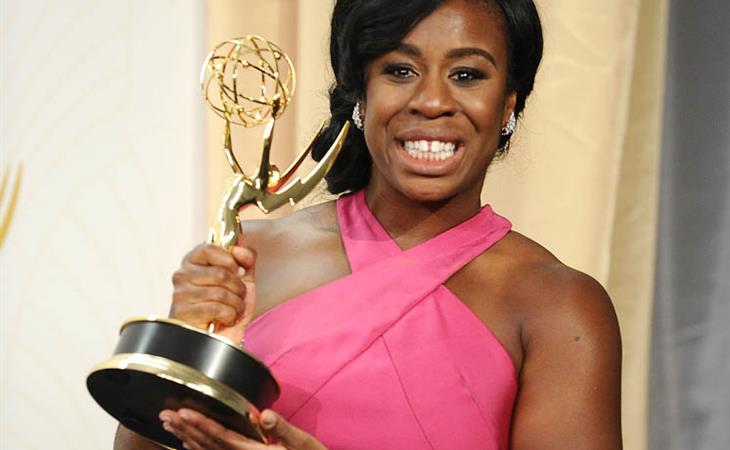 Let’s get one thing straight, right off the top. If you have to ask someone how to pronounce their name before you say it out loud? That’s what we call ‘common courtesy’. It is not notable enough to announce to the world on a live broadcast, as though the fact that the name was hard for you, Jamie Lee, is notable. It isn’t.

Okay anyway.  Where were we?

Uzo Aduba. Can you just deal with how incredible this actress is?

If you weren’t paying very close attention, you might have missed that the award she won is ‘Outstanding Supporting Actress in a Drama’ – last year, despite being an hour long, it was in the comedy category. Oh, and Uzo Aduba won that Emmy, too. She’s the only actress ever to win a comedy and a drama Emmy for the same role.

What kills me is that Suzanne – otherwise known as Crazy Eyes – exists both in comedy and drama.  I will bet you a whole lot of money that that role originally was a two-or-three episode amusing character, and because they got Uzo Aduba who gives her such warmth and reality and still has fun with the silly stuff, she became a woman we not only might know, but hope to know.  Laverne Cox is the breakout star of Orange Is The New Black, but Suzanne, I think, may be the breakout character.

I love, too, that her speech starts off heartfelt and measured, but quickly gets emotional. I love that in an interview I read this week, she said she wanted to ‘honor’ Suzanne, and that I somehow didn’t find that language infuriating, as I usually do.  She’s that good.

On the shallower side, her pink-and-black dress is not my all-time favourite, but moreover it’s notable for being one of the quieter ones from the OINTB cast.  Look at these women and their colour! Yes, I see nobody is in Orange. I got that. Thank you.

Danielle Brooks is my favourite, but Samira Wiley, Taylor Schilling, Laura Prepon and Laverne Cox also busted out serious colour. Taryn Manning is in black, but her earrings are so badass [via her Instagram] that I assume Synergy is coming out of them any minute.

#emmys En route! Thank you! @rubinsinger Love my beautiful dress. You're magical! #audi thank you @jenbudner bff @tonyvin my panda bear @deborahfergusonstylist Xo and the one and only @abeljabel my strength and 💙

A photo posted by Taryn Manning™ (@tarynmanning) on 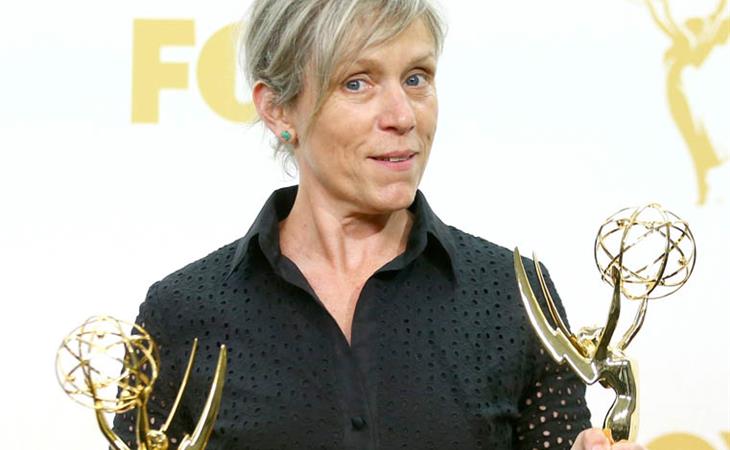 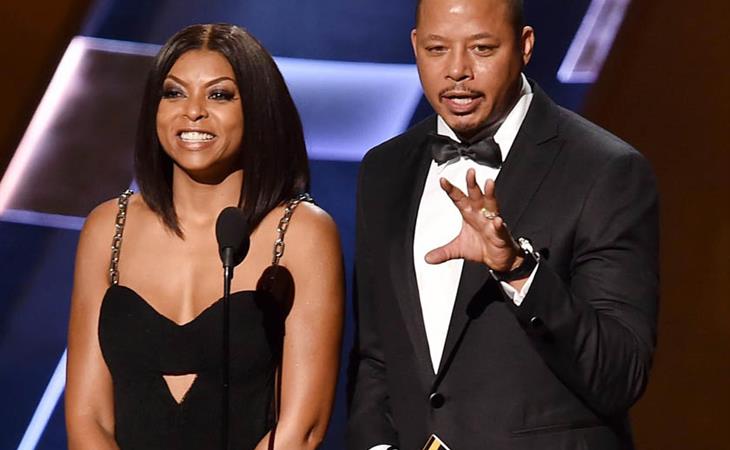 Uzo Aduba gives beautiful, straightforward, and clear thank you speech during win for Mrs. America during the 2020 Emmys