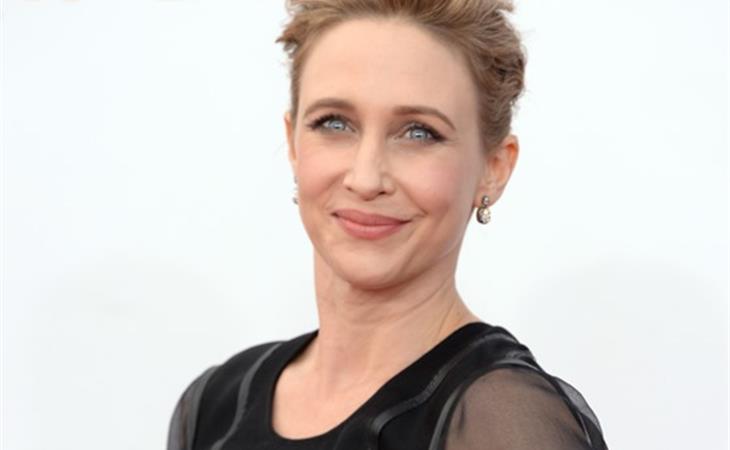 Sasha and I don’t see each other daily anymore workwise. We did, but it was years ago. However, last fall it so happened that we started to run into each other on the daily again, and the first or second day, she surveyed my outfit and said “Oh right. I forgot you like to mix things up.”

I have no idea what I was wearing, but it can’t have been that eclectic. However, I do subscribe to the notion of “one thing preppy, another casual” or dialing down one thing with the casualness of another, or whatever.

You know who doesn’t subscribe to that? Vera Farmiga.

Look at this outfit! Look at this dress! That dress is so serious, and takes itself so seriously (Lainey kept yelling “look at the hips!”) but then there’s a belt and sheer sleeves? Is it the most formal, dour prom ever?

Even the prom could be tolerated, I think, although it’s expected from a much, much less experienced actress than Farmiga – if there was something playful about the rest of it. But the makeup is almost austere, the jewellery is non-existent compared to some people (did you see those traffic-light earrings on Vergara?) and then there’s that hair.

I just don’t know how to say it any other way except that the hair takes itself so seriously. With a dress that is already far, far too serious, the hair could have been a little playful or younger, maybe something that would inspire a bit more contemplation, a little more “huh, she looks good”, an unexpected appearance in some Emmy spreads over the next month? It’s not like the attention wouldn’t be welcome…

…and she’s on an acclaimed cable show, so it’s not like she’s going to get the aforementioned attention from the actual Emmy awards, because that’s Not What They Do. But if you need a recap on the last 45 episodes of How I Met Your Mother, they’ll send someone to your house to act them out for free. 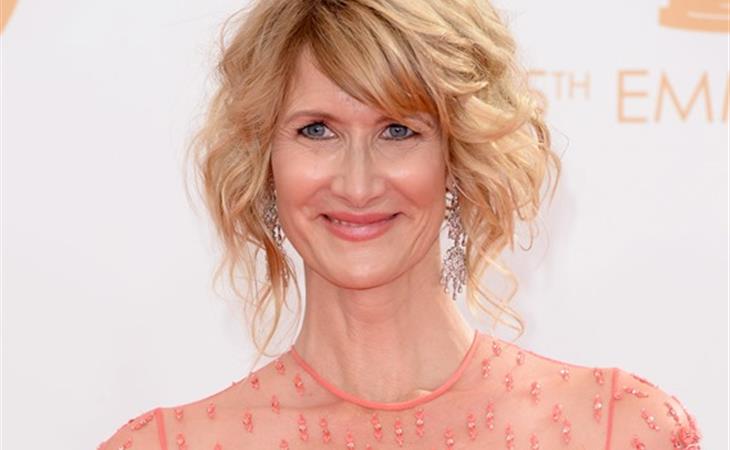 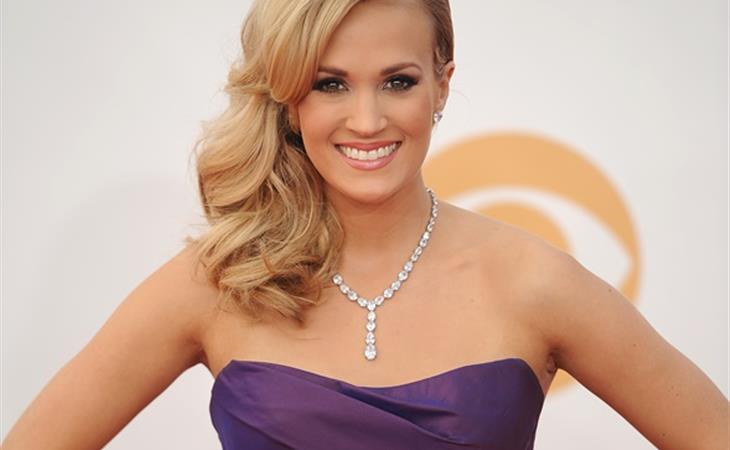 Taffeta at the Emmys: Carrie Underwood

Stunning first trailer for Godzilla: King of the Monsters

Vera Farmiga arrives in Vancouver before opening of The Conjuring