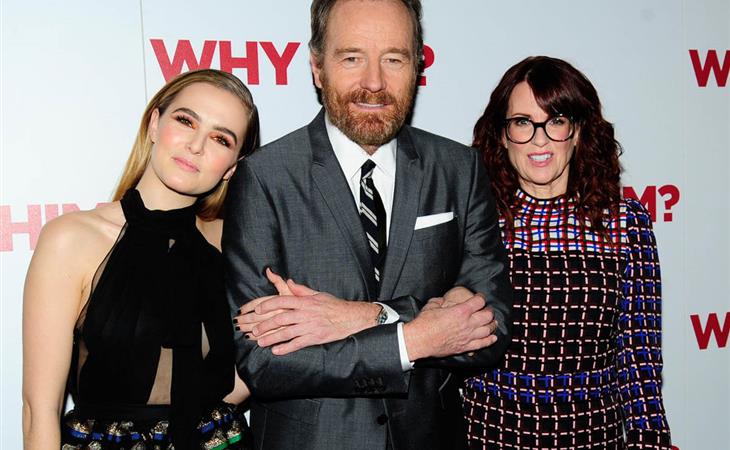 Why Him? is more than just a Christmas comedy, and more than a fish-out-of-water, meet-the-family tale. It’s a deep philosophical exploration of the inescapable loneliness that haunts us all, which is inevitably exacerbated by the tide of false cheer and forced goodwill that is the holiday season. Why Him? presents itself as harmless, mediocre entertainment, appropriate for the “edgy” family on the block, with its R rating and crude use of moose testicles. But really, it is a mirror turned on ourselves, held up to the pasty, diffident masses consuming their comforting holiday pap without question, and written in the life-steam on that soul-mirror by the very finger of the universe is: Because.

James Franco stars as Laird, an internet millionaire and California flake, whose monstrous lack of boundaries and appalling taste is balanced out by his sunshine-y happiness and underlying sweetness—basically, he’s exactly who you expect a “Laird” to be. Franco excels at this type of character (see also: Saul Silver), and he’s at his best when Laird’s free-range, free-love attitude brushes up against the stodgy Midwestern morals of his girlfriend’s parents, Ned and Barb, played by Bryan Cranston and Megan Mullally, respectively. Cranston does uptight and irate very well, which is good as Ned spends most of the movie uptight and irate. But Mullally is only here to do a watered-down version of Tammy 2, which is a waste of Megan Mullally.

Laird, hopelessly weird and socially feral, clings to the notion of family as told to him by his younger girlfriend, Stephanie (Zoey Deutch, AGAIN giving way more than barely-written roles ask of her, someone PLEASE find her a worthy role), who represents everything normal and wholesome that Laird was deprived of by an ambitious mother. He longs to deliver a perfect family Christmas with Griswoldian zeal, but of course is foiled at every attempt because the universe is indifferent and we are all alone.

Why Him? is at its best when Laird and Ned are facing off and trying to one-up each other, as their contest reveals the two sides of human nature: Horny and Wet Blanket. That the entire movie is based on two males posturing and competing to determine which will be the custodian of a female is naught but a reminder that we haven’t made all that much progress and people will still make entire movies of nearly two whole hours in length in which two men fight over the control of a woman who is a human being with thoughts and feelings of her own, which the movie will only acknowledge right at the end in the most cursory of ways. Why Him? is either passable holiday entertainment or an examination of our primordial selves. Why him? Why you? Why me? Why any of us?

But there are certainly worse Christmas comedies in theaters this year. And there are always the comedies that air on television each year, without fail, like Home Alone: Portrait of a Serial Killer and A Christmas Story Is That Your Dad Doesn’t Love You, not to mention holiday classics like It’s A Wonderful Life So Stay In Your Sh*tty Town. When it comes to holiday movies, there are plenty of options for which brand of play-acted merriment to watch while you wait for the barbiturates you downed with your cocoa to take effect and whisk you away from the nightmarish reality of family in the season of you-can’t-escape-Aunt-Janet’s-opinions-on-the-election. So much of movie-going at Christmas is about escape, and if escape is your desire and comedy your want, then yes, you could do worse than Why Him? 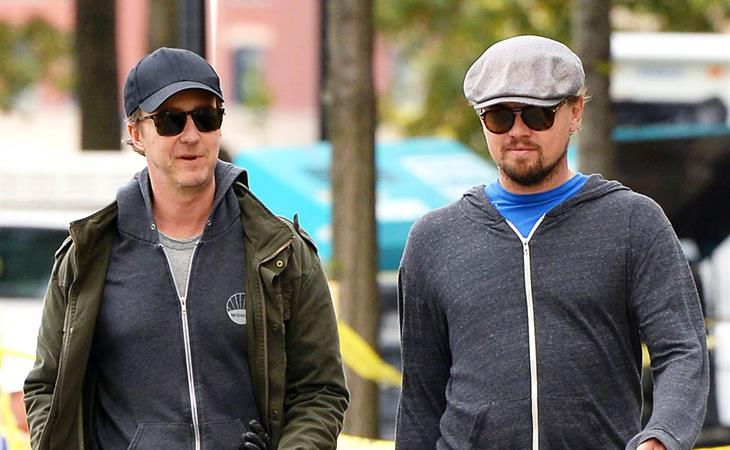