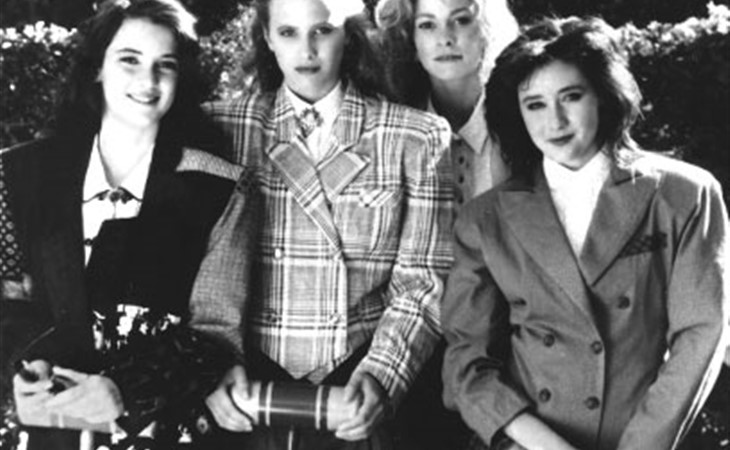 You wanted to be a member of the most powerful clique in school. If I wasn't already the head of it, I'd want the same thing.

Morley and I played this game for an hour last week.

When something is so perfect you want more of it. And you also want it to maintain its pristine perfection. Especially if its star crashed and burned and needs a comeback…

"Whatever you hear, there is a sequel in the works. I swear to God. But for some reason the writer Dan Waters and director Michael Lehman don't want to talk about it. I've been wanting to do a sequel forever. There is a story, and Christian has agreed to come back as a kind of Obi-Wan character."

You blow it tonight, girl, and it's keggers with kids all next year.

There’s a Heathers quote for every situation.

One of these is a Cyrus