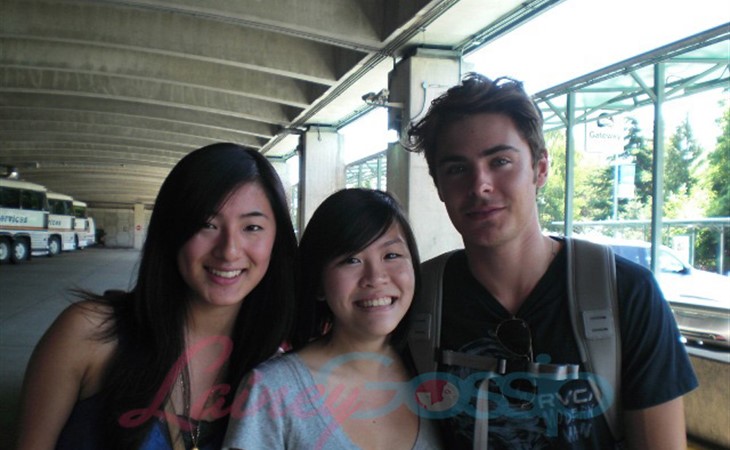 Thanks to Andrea for the photo – an exclusive shot of Zac Efron arriving in Vancouver on Saturday. Lippy is in town to shoot The Death and Life of Charlie St Cloud for the summer until the fall. Which means his LipGloss contingent will go head to head against Robert Pattinson and the vampires when they return to Vancouver in August to work on Eclipse.

My city = one giant scream. Can you stand it?

PS. Vanessa Hudgens did not accompany Zac on Saturday. I was interviewing her Saturday in New York. Yeah, there's a story there. For another time. Soon, I promise.

Hudgens is coming to town soon though, also for a movie.