Watched Star Trek with Jacek on Christmas Eve. Definitely one of my top 10 of the year. But it only intensified Jacek’s dislike of Chris Pine basely solely and unfairly on the weird grossness of his face. It’s like he’s constantly being swarmed by wasps. I agree. He’s very difficult to look at. His lips are like a permanent allergic reaction. And yet he’s being sold to us as some kind of heartthrob. Sure.

Zachary Quinto on the other hand met with approval. And judging from some of your quiver emails, you approve in more ways than one.

This is Quinto on Christmas Eve lunching with a friend. And Chris Pine the same day buying some clothes. Weird gait, non? Pine, after humiliating himself with Audrina Patridge, is supposedly now dating some trick called Olivia Munn. My brain is too tired and hung over to remember these girls individually. He’s also apparently gearing up to the be the new Jack Ryan. What? He also worked on an action film with Denzel Washington. Like, remember when he was in Just My Luck with Lindsay Lohan? And now she doesn’t even act anymore?

As for ZQ – he’s committed to the next Star Trek and continues to plan an exit strategy from Heroes. Because it sucks. Producing a new show with the CW called Nashville. Also have you seen his Funny or Die videos? Click here for more. 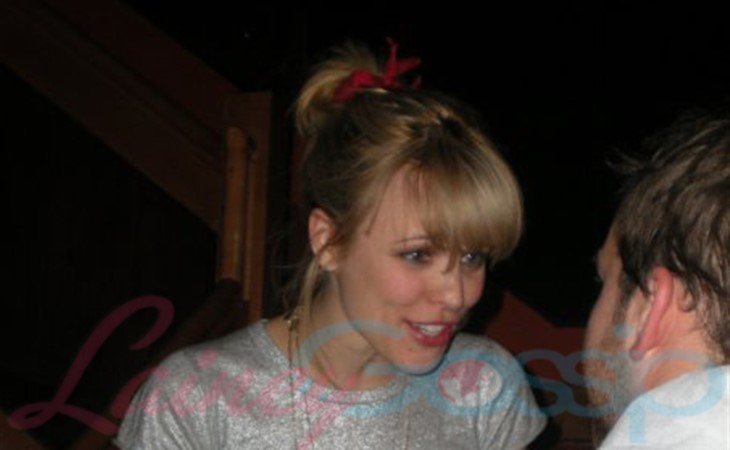 Rachel McAdams: Christmas with the torch