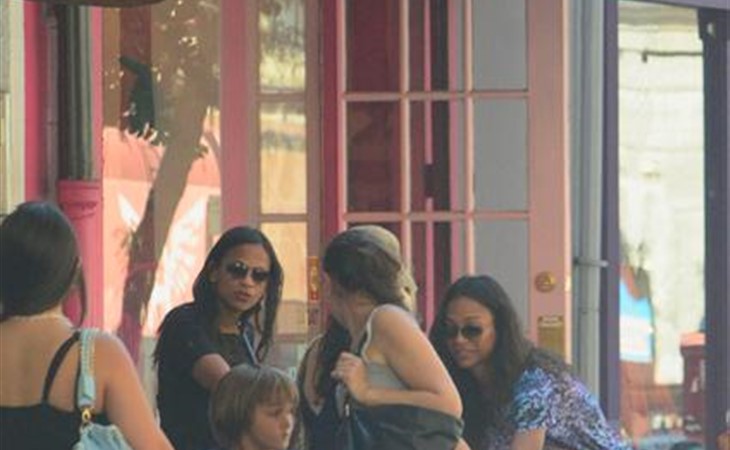 Zoe & Bradley back together?

Here’s Zoe Saldana in New York with a woman the paps claim is Bradley Cooper’s mother Gloria. Photo agencies mislabel sh-t all the time so for what that’s worth...

But Zoe was also photographed heading into Coop’s hotel this week. That seems more reliable. Coop was spotted walking his dog yesterday. There’s been some speculation the last few weeks that the two have reconciled after breaking up three months ago. The circumstantial evidence seems to suggest it enough though Radar reported just last week that Coop and Scarlett Johansson were hooking up when they were seen being flirty at the Bel Air Hotel on June 11.

The problem with the Radar story however is that it was published on June 18, four days after Page Six sighted Coop and Scarjo with NO MENTION that there was any touching and pre-f-cking going on. If Page Six had a 4 day jump and their spies called it a simple “friendly” dinner, I’m not sure I buy Radar piggy-backing on the report afterwards with extra suggestive details. Page Six loves the exclusives too. They wouldn’t have held back if they had seen it go down.

I just realised that’s a lot of analysis into Bradley Cooper’s love life and I’m not actually sure any of you care.

As for Zoe + Bradley the sequel, some cynics may be inclined to believe that it’s a convenient play to promote their upcoming film The Words due out in September. Possible.

Have you seen the trailer? There are parallel lives and loves. Ben Barnes and Coop play struggling writers living in different eras. Coop steals someone else’s work. It’s an interesting premise, at least to me. I want to see it. But it’s also making me anxious. In the way that anyone who’s ever told a lie and had to admit they lied might feel anxious. There is relief afterwards, certainly. But the discomfort you experience in the moments before and during your confession stays with you forever. I was talking about that discomfort once with a friend, a particularly crazy one. And she said that the way she sees it, that’s how you know you’re not a sociopath. This... wasn’t much consolation. 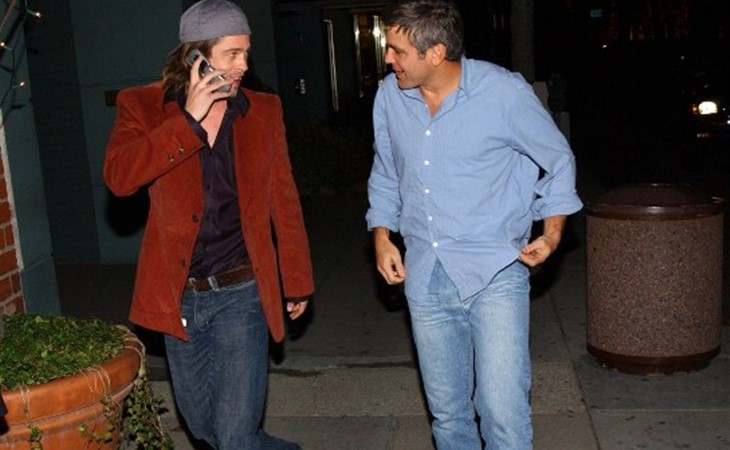