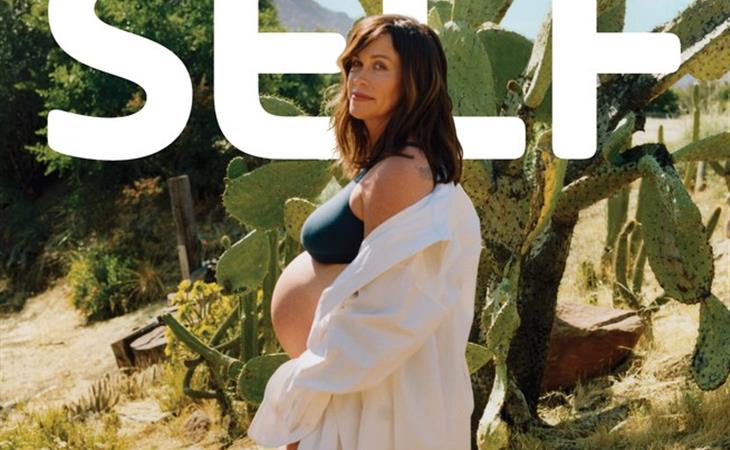 We’ve never really known Alanis Morissette to hold back on anything. That includes her more-or-less breakup album with Ryan Reynolds, Flavors of Entanglement; the irrepressible venom of “You Oughta Know”; the joy of “Hand in My Pocket”; and also her experiences with postpartum depression. So it should not be a surprise, then, that in the latest digital issue of SELF magazine, Alanis opens up about expecting baby number three at 45, and the road she took to get there. As always, her honesty is refreshing. And her honesty is what makes her Alanis.

“I’m terrified, but there is no other choice,” says Alanis, about the arrival of her third child, and how the new baby will integrate with her kids, and her husband, Souleye, AKA Mario Treadway.

Speaking to fellow Canadian, Nicole Cliffe, Alanis is as vulnerable as one would expect her to be, and reveals that she always envisioned a family of five, even with her “false starts” in between her eight-year-old son Ever, and three-year-old daughter Onyx.

"I always wanted to have three kids, and then I've had some challenges and some miscarriages so I just didn't think it was possible. … I [...] felt so much grief and fear. I chased and prayed for pregnancy and learned so much about my body and biochemistry and immunity and gynecology through the process. It was a torturous learning and loss-filled and persevering process.”

Speaking frankly about fertility and the heartbreak of loss, Alanis admits that the physical changes of pregnancy can be “triggering” or “re-traumatizing.” This time around, though, she tells Nicole either in person and via email, that she’s ready for the ride, and will do her best to anticipate how she’ll feel after she welcomes baby number three. She feels prepared to handle or prevent postpartum depression if she can, and she’s planning to seek help before she delivers.

"I had postpartum depression both times, both kids, just basically feels like tar had taken over my whole body and I was just underwater and I kept having that image of wanting to get above the wave…. First time around I didn’t seek help for a year and four months...and then second time I waited four months," she told the magazine. "This time around I am not even waiting four minutes; I am going to be like, 'Okay, everybody, even if I say I am okay I want you to resist believing me.'"

"Depression has a way of taking away self-perception in a way it clouds things… I am actually going to need support and I am not going to push it away."

Alanis is forthright and expressive about what she’s learned from her pregnancies, and the impact it has on her mental health. What you also see here is of compassion for herself; she’s able to forgive herself for her feelings, silence that inner voice, and push through the stigma to seek help either professionally, or from her loved ones. Last month, Alanis posted a montage of her postpartum depression news story headlines over the years, perhaps as a way to tee up her latest profile in SELF, where she notes, “Slowly… with great empathy, knowledge, inquiry and profound care, healing is possible, and well-being can be restored.”

Alanis’s quest for hope and self-care for both herself and her family may sound like the now-generic hyper-zen vibes it seems like we’re getting from so many celebrities these days. In the SELF shoot, she’s styled against serene florals, wearing structured pieces or loose-fitting casualwear to show her calm preparedness for what lies ahead. From her, though, it’s not too earthmother-y; it’s nurturing with a sense of control. And confidence. Alanis’s continued candid efforts can go a long way for us all to come to a greater understanding of not only the struggle to conceive, but to normalizing the emotional and mental load one carries after birth, as well. It’s a tightrope walk, and she wants to lead the way, just as she did for women’s self-advocacy with Jagged Little Pill. Hopefully her latest interview and her enduring stance on prioritizing mental and emotional health will result in a personal legacy beyond her creativity.

Speaking of Jagged Little Pill, the jukebox musical of the same name will make its Broadway debut in November. Alanis knows the hits are timeless, saying, “How is this possible that something I wrote when I was 19, I can still stand behind it now?” How many of us can say the same? 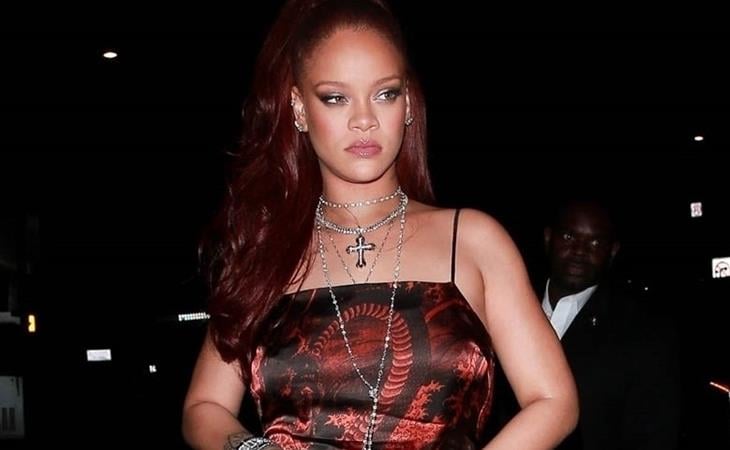