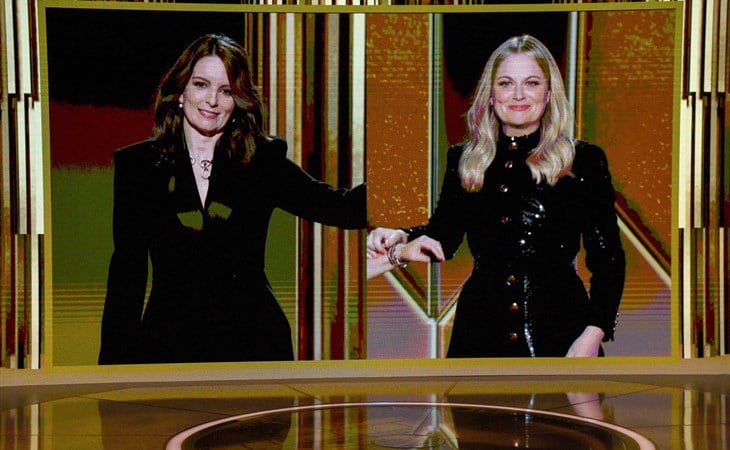 Did you notice that the Globes kept calling them “Amy & Tina”? No last names, because at this point, they don’t need them. Not in showbiz generally, but not at the Golden Globes specifically, where they’ve had essentially a casual residency, shared with Ricky Gervais, over the past several years. They’re basically the reliable once-cool aunts who know what’s up and aren’t bothered, regardless of what ridiculous shenanigans the Globes throw at them.

I don’t know what the logic was behind the two coasts thing – I mean, Tina lives in New York, Amy lives in LA, but tons of (showbiz) people have been travelling for work, so that’s not the whole reason. To make it seem like ‘we’re all in it together’, or for lip service to the first responders in both audiences? Maybe…

Or was it just a flex? Because in a show full of glitches and problems, the Amy & Tina flow was really quite flawless. Their gag with the hand nodded to any awkwardness, but frankly, I forgot constantly that they weren’t there together. They’ve honed such a rhythm over the years that their professionalism – and, I assume, their insistence on rehearsals or double-live-feeds in their IFBs or whatever they demanded to make their performances flawless – papered over some of the myriad other ills in the production.

I have long admired both women, but even people who love them know they’re not the freshest or most of-the-minute choice. What they are, though, is a unit unto themselves – I wouldn’t even be surprised if they have an ‘Amy & Tina’ rider, for things they do together. They’re a reliable, sophisticated machine, and that’s worth a lot to the HFPA, even if you know they’re making fun of you the whole time.

Also undetermined: what’s the timing on when the outfits change? It’s been so long since I saw people dressed up, let alone three outfits in one night, I have sensory-overload whiplash. My favourite was Amy’s mid-show black dress complete with velvet-ribbon choker. Full 90s throwback – I saw someone online say it was a Courtney Love look, but to me, it was 100% Lisa Loeb, cemented by the half-up ponytail… not mad at it. 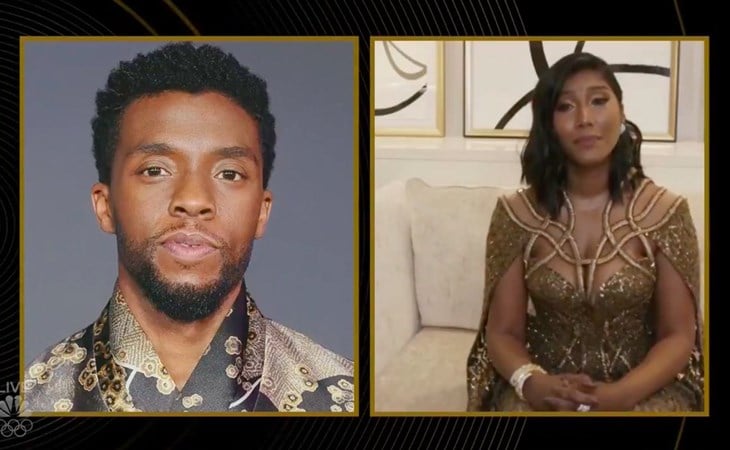 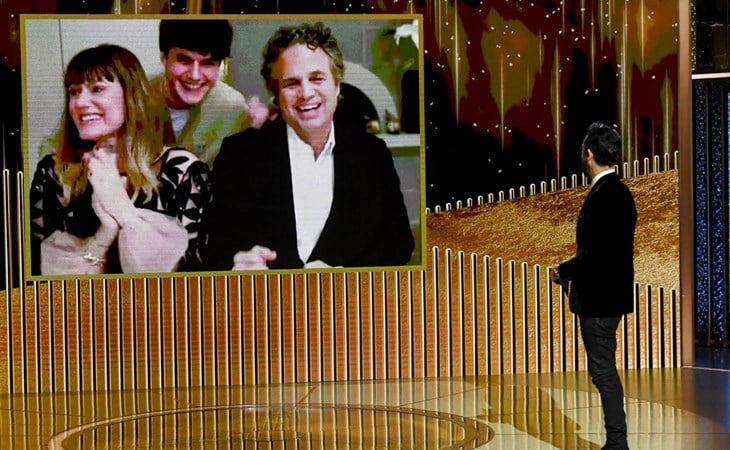 The Golden Globes Didn’t Bother To Make a Television Production