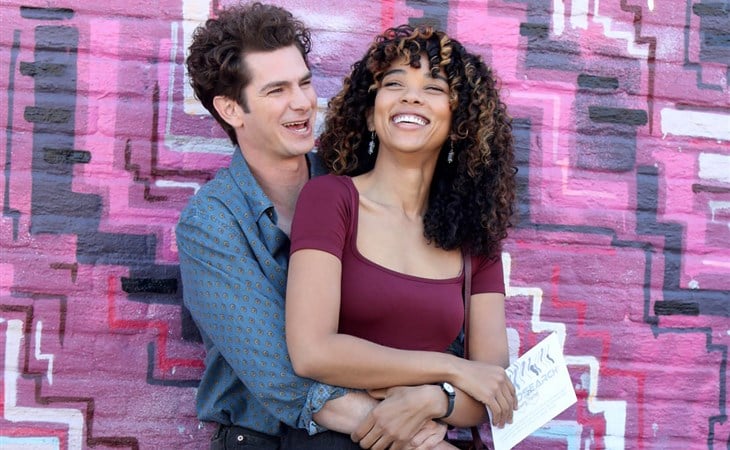 The first trailer for tick, tick…Boom! came out last week – read Duana’s post about it here – and despite the fact that the film is scheduled for release later this year (how is half the year over already?!), it looks like Lin-Manuel Miranda (who is directing) and the cast are still rolling because here are Andrew Garfield and Alexandra Shipp in New York rehearsing and then shooting a cute, flirty scene together.

Their costumes for this scene are giving me some feelings, especially hers. Because as you can see, the outfit she’s wearing is indistinguishable from what we’re seeing on the streets today, only this story is set in the 90s. But these were the tops from then and now: wide neck, tight sleeves, fitted to the body, often a bodysuit which you could find no problem now, in boxes if you saved them, or at practically any retailer if you’re shopping.

On a casting note, it’s great to see Alexandra in one of the lead roles in a high-profile production and just after a personal revelation. Earlier this month, Alexandra posted this on Instagram:

She details many of her fears – one of them being that she was scared that she “wasn’t going to be able to get work”, still a legit concern not just for actors but for almost everyone, because while there has been *some* progress, the reality is the 2SLGBTQ+ community still faces discrimination. If a young American actor is worried about losing opportunities, imagine those who work in even less progressive industries. And live in parts of the world were it is still legal to discriminate. Like Hungary, for example, which just passed legislation yesterday prohibiting schools from sharing 2SLGBTQ+ information, thereby eliminating spaces where students can be better informed and can feel safe. Poland does not recognise same sex marriage and is banning same sex adoption. In North America, the murder of Black trans women is an epidemic. Here in Toronto, where I live, and it’s Canada’s biggest city, there was a homophobic attack last week:

*COMMUNITY ALERT*
This past Saturday (June 5th), there was another vicious attack on a member of the 2SLGBTQ+ community.
*PLEASE SHARE* pic.twitter.com/o1Jj5aZghv

So to go back to Alexandra, who has revealed that she came out not too long ago, it’s terrible that she holds this regret, to have waited until she was 28. And yet I wish it wasn’t on her to have to process all these years of not coming out on top of that regret when, really, she should not be regretting anything to do with her identity. That said, the joy she’s expressing is important – and vital. That’s part of what Pride is: to recognise the efforts and the struggles that 2SLGBTQ+ people have experienced and continue to experience, to advocate for equality, but also to be celebratory about and for those who have embraced who they are. And this extends beyond the community too, to the rest of us who want to actively practise allyship. There is education and encouragement in Pride. And while some of us may have not always been effective and supportive allies, observing Pride in meaningful ways can be a positive way to reaffirm the commitment. 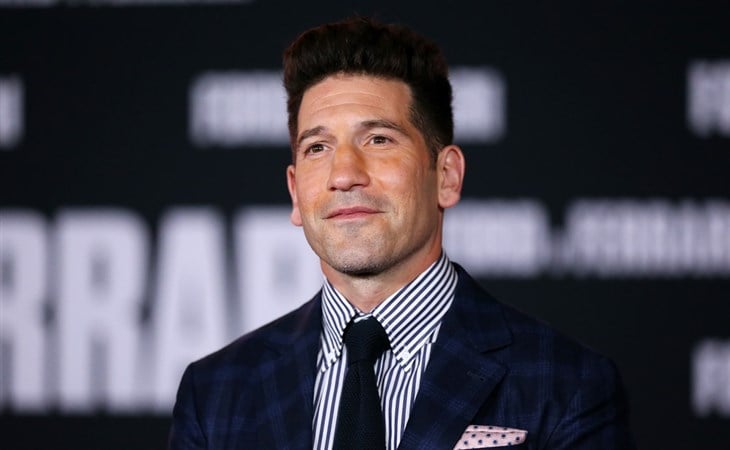