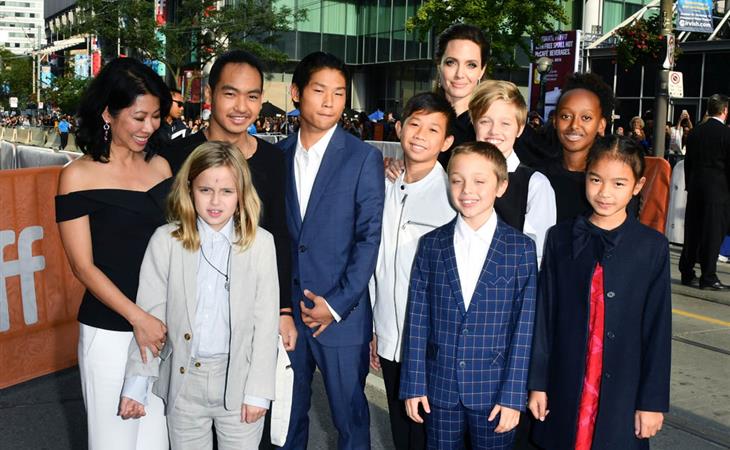 There have been some big names at TIFF this year. George Clooney. Nicole Kidman. Drake. As soon as Angelina Jolie arrived in town though, she’s been the main event. And there have been several events. As mentioned yesterday, she was at The Breadwinner premiere on Sunday night followed by the In Conversation Event. Yesterday she made several media stops to promote First They Killed My Father. And she and Loung Ung attended Tina Brown’s Women In The World summit for a discussion about the film and their friendship. It was standing room only at the event. She was there for half an hour, with Tina Brown moderating, Angelina seated in the middle, and Loung on her other side. Loung exclusively refers to Angelina as “Angie”. And you can tell they know each other very well and that they’ve known each other for a long time. From before Angelina adopted Maddox. At one point Angelina, while joking about fiery temperaments, pointed to Loung and referred to her as, “this one”, as in, “this one over here has no problem expressing herself”. So there’s an affection, an intimacy between them that’s obvious and doesn’t feel forced. I bring this up because it does come up, the question of whether or not Angelina has friends, female friends, and who they are and what those relationships are like. We know she’s close with Marianne Pearl. She and Loung have been in each other’s lives for 16 years, at least. But we don’t see this on Instagram. They’ve not shown us their fireside singalongs during sleepovers (Kate Hudson). We haven’t been invited to judge their table settings on social media (Gwyneth Paltrow, Reese Witherspoon). There’s been no Independence Day waterslide with photo releases (you don’t need me to tell you who I’m referring to). But Marianne and Loung do get papped from time to time with Angelina. On a skiing trip with the kids. At Disneyland, also with the kids. So the signs have been there, that these women are not just tight with Angelina but also with her children. And these are women who aren’t exactly in the business of being friends to be famous and seen. Why is it then that people have such a hard time trusting it? Probably because Angelina Jolie is such a complicated public figure, a public figure who, at the same time, remains pretty mysterious. We’ve been staring at her for years. We know so much about her. We don’t actually know that much about her. That’s what she’s always been good at – being an enigma. For all of Taylor Swift’s recent efforts, I’m not sure anyone would describe her as enigmatic. Probably because she explains herself so much, either overtly or with a trail of clues that are meant to be found.

Here’s Angelina at the First They Killed My Father premiere last night with all of the children. Unlike on Sunday night, when they arrived to an almost reverent reception, it was pretty much business as usual last night with the fans screaming and the media shouting and everyone jostling to get the best shot possible. Because it’s exciting. She brings the excitement on her own – but when you add the kids to her pure star power, it becomes an even more intense experience. Which is totally gross, I know, because they’re kids, and it’s weird, having to grapple with whether or not you’re supposed to be fangirling a person’s kids. At the same time, when they’re all they’re together, standing together, and they look excited to be there together, laughing with each other, laughing with their mother, completely and undeniably connected to their mother, in a way that can’t be forced or faked, you realise that this is their normal. At one point, Danielle Graham, while the kids were walking past her, asked them, “How proud of you of your mum?” It was Shiloh who turned her head and answered. “We love her,” she said while smiling. It was such a candid reaction. She just heard someone in the crowd asking her a question about her mother. And she reacted.

This is a tactile family. One is always holding hands with another. Vivienne seems particularly attached to her mother. It was Vivienne who Angelina was rushing to get to from the carpet, after her interviews. She arrived earlier than we expected. About an hour early, spending time with fans and stopping for most of the media outlets (the line was LOOOOOONG) inside the theatre. At the end though, when Danielle asked her about the logistics of travelling in such a large group and whether or not there have been any “mom moments today”, Angelina told her that, “Yeah, right now, ‘cause my daughter’s asking for me”, we were thinking it was probably Vivienne who, as the baby, was the one she was rushing off to. Here’s the clip:


On the work side, First They Killed My Father premieres on Netflix this Friday and, as previously mentioned, and judging from the push they made here at TIFF, they want the Academy’s attention for a Foreign Language Film nomination. Netflix is definitely a player at the Emmys but their Oscar recognition has been pretty modest, at best. Seems like they’re putting some significant investment behind Angelina. I wonder how the Hollywood community will respond. 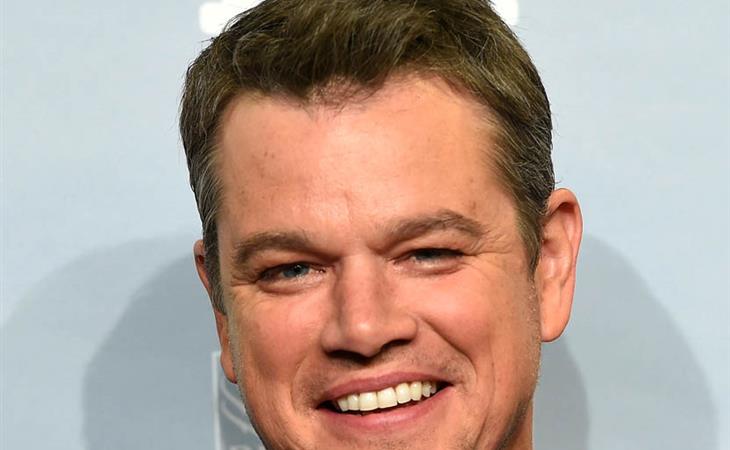 TIFF Review: Battle of the Sexes