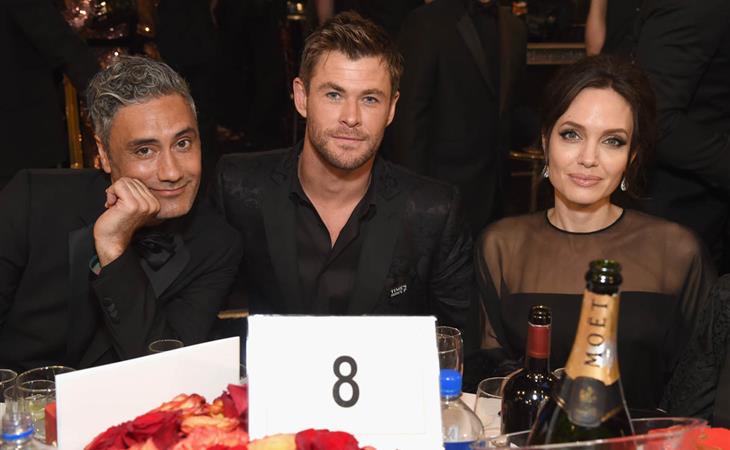 Stop shouting. Obviously I know that Oprah’s was the best table and they should all have been so lucky to be able to sit at Oprah’s table for the enlightenment. But can we say that there are other “best” tables in different ways? Like the best gossipy table? For me it was this:

The Golden Globes opened on a two-shot of Angelina Jolie and Chris Hemsworth sitting next to each other and, at the time, for me it was, huh, OK. Nothing lingered. Seeing Taika complete that triangle, however, changed the game. Because this is what we’ve learned about Taika Waititi over the last few months: he can be a sh-t disturber, he’s mischievous, he’s FUN. He would have made that table fun. Maybe it was a drinking game. Maybe it was a “pin the tail on the laziest director in the room” game. Maybe it was a “which actor is the worst at learning his lines” game. Angelina’s go-to demeanor isn’t necessarily playful, but the right person can certainly get her to play. I want to imagine that she and Taika and Chris were the jokers in the audience shading James Franco, getting glared at by the floor directors after commercial breaks for making too much noise.

Come on, look at Taika’s face. That is a face that’s up to something. And Angelina and Chris are just trying to hold it together.

Angelina attended the Globes with Loung Ung and Pax. She wore black Atelier Versace. And this choice surprised me. Because I thought she’d take full advantage of the all-black dress code and show up in something totally unremarkable. Not that this is all that remarkable but it does have a certain sex appeal to it, non? Like negligee/sleepwear. You know who this reminds me of? Vanessa, her character in By The Sea. Sultry and 70s, total boudoir vibes, especially with the sheer and the feathers. If clothing is expression and a communication of mood, what is Angelina trying to tell us? 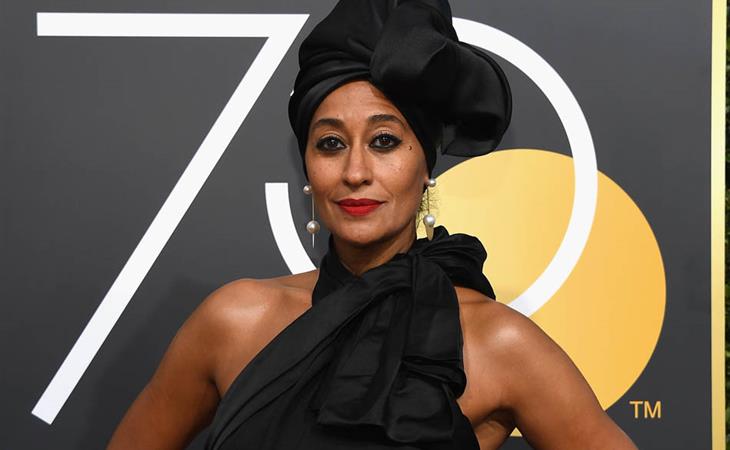 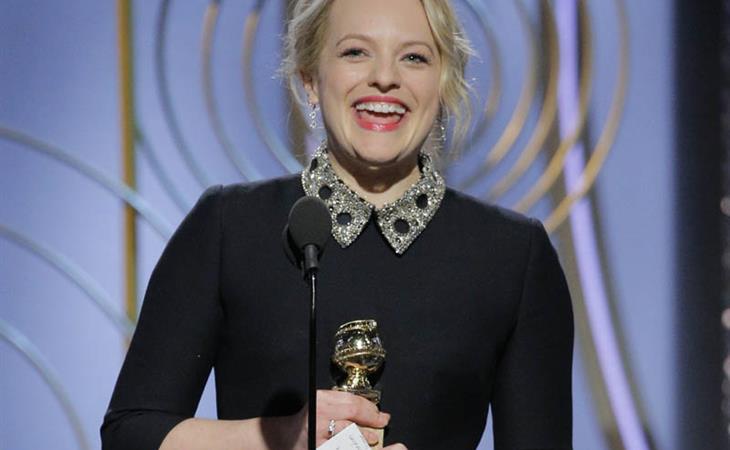