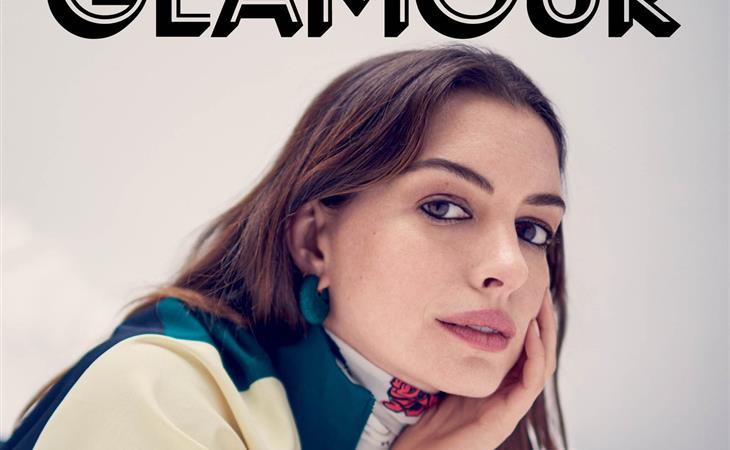 Anne Hathaway is still talking about Hathahate. It comes up in the second paragraph of her new profile in Glamour. With this profile, it’s clear that Anne Hathaway will never get away from that fateful 2013 Oscar season when she became a punchline. If the ‘unpopular opinion’ meme existed in 2013, an affinity for Anne Hathaway would have been the most popular unpopular opinion. I’ve always agreed with Lainey and Duana about Anne Hathaway. I like her! She just tries hard. To me, Anne Hathaway has always been a theatre kid who just desperately wants to be liked and CARES so deeply about being liked that she works at it. But likeability isn’t supposed to be something that requires effort. It’s supposed to come naturally. It’s supposed to be organic. Anne Hathaway is not inherently cool. Everything she does requires effort. I can’t be mad at that. The fact that Anne Hathaway cares is part of her charm. Well, according to Glamour, she doesn’t care as much anymore.

It doesn’t matter whether people like her, because she really likes herself. “I’m interested in living a very honest life. I don’t know if that makes me a boring person. I don’t really care if it does.”

Being boring was never Anne Hathaway’s problem, was it? Self-awareness may have been. As Duana put it once, “poor Anne Hathaway's biggest flaw is she was born a tiny split-hair too early to embrace the ethos of 'the dorkiest nerd is the coolest one in the room', and has spent her whole professional life apologizing for what she should be celebrating”. EXACTLY. Keep that in mind with next quote…

“It would be easier if I was better at being misleading or sneaky. I know how all that stuff works. I’m not a naive idiot. I know if I was a little bit mean to everybody, people would be like, ‘Oh, she’s fun. I like her. Come have a drink.’ And I’m just like, ‘Can we have a drink and not try to tear each other apart?’”

Again, did the Hathahate have anything do with the fact that Anne Hathaway is a nice person? I almost feel bad for her that she still has to talk about this sh-t but I don’t understand how she still seems so unaware of her persona. If Anne Hathaway was a mean-girl or a self-professed “asshole” to fans like Jennifer Lawrence would Hathahate still have happened? Probably. I don’t think people didn’t want to have a drink with Anne Hathaway because she was too nice; it was that the kindness seemed insincere. It was that she’s the type of person who makes a big show of having you call her “Annie” and the kind that tells you that she’s a nice person. She does these things because she WANTS you to like her. I don’t want that Anne Hathaway to go away. Like Duana said, I wish she would embrace that Anne instead of apologizing for her.

That Anne Hathaway shows up in the Glamour piece when she talks about Ocean’s 8.

There she is. Anne Hathaway is totally the person who would geek out over the STACKED cast of Ocean’s 8. In the video accompanying the profile, Anne talks about how she had to stop herself from singing Rihanna songs to Rihanna. Even the people who still don’t like Anne Hathaway can’t hate on her fangirling over Rihanna. It’s also pretty impossible to hate on someone who works as hard as she does and shows her work through consistently solid performances on screen.
One of the recurring themes in conversations with Anne Hathaway about Hathahate is the idea that she is misunderstood. If only people knew the Real Annie. Rebel Wilson acts as a character witness in this Glamour piece for the Real Annie and tells an anecdote about how Anne Hathaway censors herself on social media.

“Sometimes she’ll come out with a really good joke, and I’m like, ‘You should tweet that or put that on Instagram, Annie!’ And she’s like, ‘I can’t… “One Friday I said, ‘I can taste the weekend,’ and she was like, ‘Oh, and how does he taste?’ She comes up with stuff like that all the time. I guess a lot of people don’t know that side of her.”

I mean, this joke isn’t hilarious or anything but I agree that Anne Hathaway could be using her social media more. If she’s got crass jokes, f-ck it, tell them. Or maybe she should take a cue from Jennifer Garner and start meme-ing herself and leaning hard into her dorkiness. The thing is, social media isn’t the healthiest platform for people who care what strangers think of them, and that seems like it’s Anne Hathaway’s defining characteristic. Sorry, that’s not the Real Annie. The Real Annie doesn’t give a f-ck. Do we buy that? 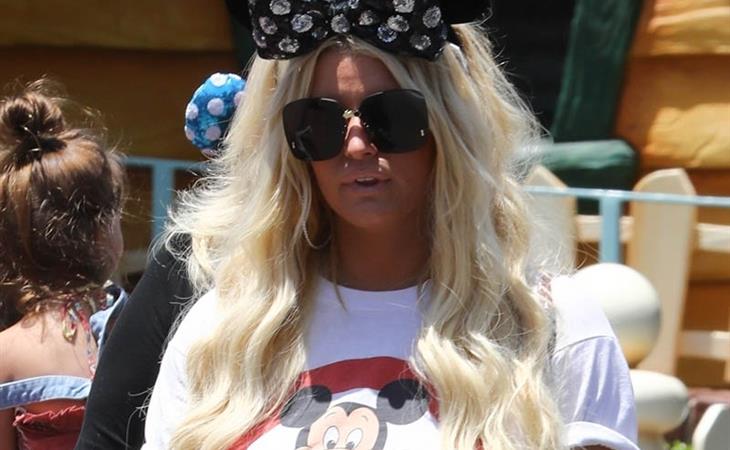