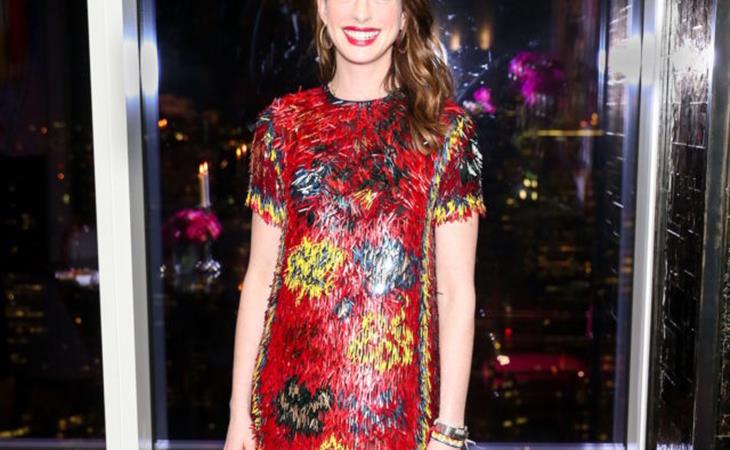 I couldn’t watch this video. For obvious reasons: I have dogs and… I couldn’t imagine. But the other reason I couldn’t watch this video is because the article ends on suuuuuuuch a great joke, the kind of joke that Michael K is known for, a joke so good you wish you thought of it yourself, that I didn’t want to spoil the mood. Maybe it’s because I’m Canadian. But if you’ve seen the event he’s describing in the joke, come on, it has to be funny for you too, right? (Dlisted)

Holy sh-t, I love this dress on Anne Hathaway so much. SO MUCH. It’s a mixed bag of festival materials, which is Mimi’s favourite word even though this is a dress that Mimi would never go near. That said, totally agree with the Fug Girls about the shoes. Not at all a strong shoe choice here from Annie. (Go Fug Yourself)

I don’t think I’ll ever not be interested in Carolyn Bessette Kennedy. Do you remember when she and JFK Jr got into a huge fight at the park (this is before they got married) and the paps were there but they didn’t know and he was so frustrated over whatever it was they were arguing about that he started crying on the curb? She was such a fascinating mystery. In my imagination that’s partly why he was so drawn to her. He never could fully get inside her head. Anyway, apparently Meghan Markle might be modelling her style after Carolyn Bessette Kennedy which… you could do worse, non? Better Carolyn’s style than Princess Kate. (Cele|bitchy)

Kate McKinnon can do Hillary Clinton and Jeff Sessions and Justin Bieber…and a goat. It’s a very convincing goat. But of course if we’re talking about goat sounds, my mind went straight to Taylor Swift. It’s old, so old, but it’s still so funny to me. (Buzzfeed)

Do you have a rice cooker? I have a very plain rice cooker. It does one thing: cooks rice. It doesn’t cook rice and dice carrots. It just cooks rice. And that’s why I love it. Because so many appliances these days try to multitask. Anyway, polling people about whether or not they have a rice cooker is one of my favourite hobbies. In my experience, within my circle, rice cookers are common in most Asian households and not so common in non-Asian households even though most households consume rice. Why don’t more people have rice cookers? Would you get a rice cooker if it was a pink rice cooker? If you’d asked me this before I actually saw the pink rice cooker I’d tell you to f-ck off. But now that I’ve seen the pink rice cooker that kind of looks like a pig, I don’t hate it as much as I thought it would. It’s kind of cute. That said, does it cook rice so that it comes out sticky? Or does the rice fall apart like all loose? Because I only like rice that sticks together. (The Cut)

Jesus. I didn’t think I needed this but now that I’ve had it, I think I might need more. It’s two minutes of Jake Gyllenhaal whispering. Which gives me more than enough material to imagine that he’s whispering to me, when it’s quiet, like super late at night, and our faces are really close together and we’re looking into each other’s eyes. He’s a really good whisperer. Some people suck at whispering. Like it sounds like they’re expending too much effort. Jake’s whisper is very natural. (OMG Blog) 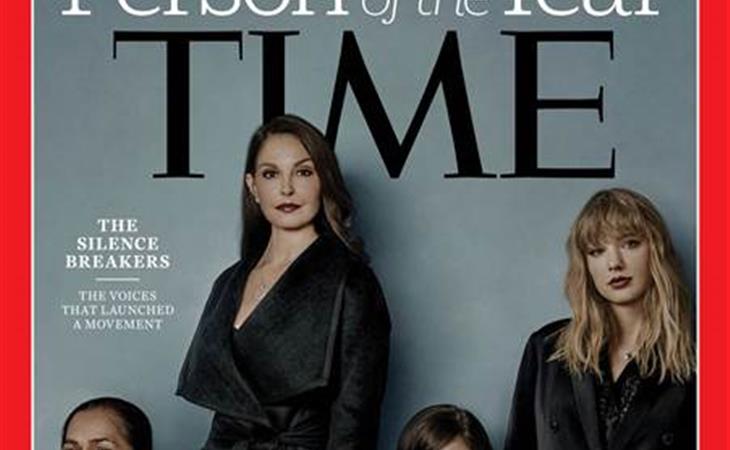