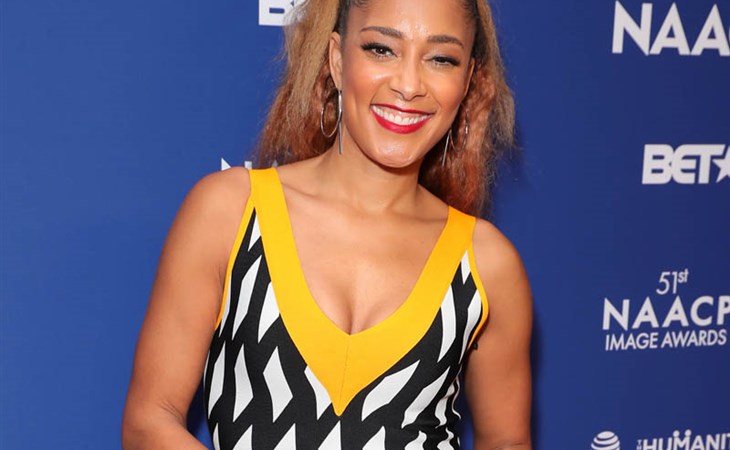 In January, Amanda Seales made her debut as the 5th chair for the Emmy/NAACP award winning talk show, The Real. For those who follow Amanda, this was consistent with how we have seen her career blow up in the past few years. For fans of The Real, it seemed natural as she has been one of the most memorable guest co-hosts. For both, it’s a refreshing delight. Amanda has elevated the show, particularly during the segments where the women share their opinions. It’s not only that the show seems to be covering more diverse topics, but the quality and nuance of the conversation is made richer by Amanda’s presence. Her comedy skills and sharp critical mind are assets in the public intellectual sphere, as Amanda is equal parts critical race theory expert (she holds a master’s degree from Columbia University in African American studies) and comedian, and more.

Amanda is also one of the supporting actors on HBO’s Insecure as Tiffany DuBois, the endearing but bougie and out-of-touch friend of Issa (season 4 premieres next month). She has a comedy special on HBO called I Be Knowin’ (the second African American woman to have an HBO comedy special) and a popular podcast, Small Doses with Amanda Seales. Amanda’s YouTube channel Smart, Funny and Black, houses many of her creative digital content throughout the years, including highlights from her current live Black pop culture music and comedy game show with the same name. Also on YouTube, her 2015 web series and early Issa Rae production, Get your Life, a comedic account of her move from New York to Los Angeles, that is funny as hell.

On her Small Doses podcast, Amanda highlights the “side effects” of a plethora of topics. Standouts include Side Effects of White Women, a deeply fascinating episode on the various ways that white women harmfully exercise their privilege, often at the expense of Black and other racialized people. This unearned privilege dates back centuries and includes a litany of examples, with consequences ranging from the loss of Black life to microaggressions in the workplace. The episode is so pleasing to me because it includes the historical context that validates this reality, and a searing critique of HR departments and how white women have manipulated the concept and practice in their favour. Furthermore, it showcases Amanda’s intellectual range and ability to break things down to the fundamentals.

In Side Effects of F-ckboys, she tells many truths (or what she often calls “gems”) and red flags about men, discussing the limitations and consequences of selfish behaviour compared to behaviour that is self-aware. For anyone who is single and finds themselves willingly choosing to date these strange people called men, it’s hilarious, relatable, and eye opening.

In late 2019, Amanda dropped her first book, Small Doses: Potent Truths for Everyday Use, a unique, passionate, and authentic collection of personal reflections. Both the book her podcast offer practical advice to navigate life, and like all of Amanda’s work, it applies to everyone but is clearly written for Black women. On the book, Amanda told Extra’s Billy Bush that, “I am known to be a very truthful person, and I think people like the truth in small doses…the book has longer pieces of truth and smaller doses of truth, a variance so you can pick it up or put it down, whatever level of dose you’re available for that day.”

Prior to becoming a permanent host, Amanda appeared on The Real to promote her book and dropped numerous gems, including how to avoid being seen as an angry Black woman. Like the rest of her work, Amanda uses this opportunity to subvert the often rigid and ultimately useless rules that dictate how we should perform and shrink ourselves in white spaces. In fact, Amanda explains how the stereotype can be unavoidable, citing advice she gives when Black women who possess qualities like being vocal and direct want to know how to avoid the angry stereotype:

“It’s less about how to do it and not be labelled that but how to know you’re going to be labelled that regardless of what you do because of the stigma attached to a Black woman speaking her mind. I say if you’re a Black woman and you’re conscious, you’re naturally gonna be angry. James Baldwin said that, and I paraphrase but that’s a fact. At the same tone though…some people will try and call you angry to diminish the value of what you’re saying. A lot of times people are more interested in the tone…and with Black women I think we get the brunt of that on a regular basis. What you need to focus on is you gotta be true to yourself. It ain’t about being phony - it’s about a new way of being real. You can speak passionately and not be hostile, you can speak directly and not be confrontational. When Black women share their thoughts as independent women, it shouldn’t be viewed as angry.”

If this excellent analysis of tone policing sounds familiar, in June 2017, Amanda went viral with the framing of hostile vs passionate, a staple in the everyday life of Black women, in a heated exchange with Caitlyn Jenner at a Katy Perry livestreamed dinner party called Witness World Wide. I recommend watching the full clip, but Amanda drags Caitlyn’s privileged politics (and blindspots as a wealthy trans Republican) to filth while speaking on the importance of a critical lens in dark political times. Highlights include this amazing exchange:

Amanda: “The reason I am so passionate - and I’m not hostile - is that I have had a different experience in this country than you. Because as a Black woman, the government is so much in my life, and it always has been. The government literally said that Black men couldn’t even be in the house unless women could get welfare. That’s a big reason why there’s such a chasm between Black women and Black men in this generation. I understand why you’re talking the way you’re talking.”

Caitlyn: “I just don’t understand, what am I talking, I just said I believe in this this country.”

Amanda: “Yes and you can say that in a way that I cannot because you’ve had a different experience. Because this country is here for you- the country ain’t here for me in the same way, sis. And you as a trans person have to also identify the fact that this country hasn’t been here for trans until like maybe 2 o’clock today…”

Amanda later recalled the exchange in an interview with The Root:

“I was listening to her so I could let the conversation guide me to where it needed to be. It landed in a place where I said what needed to be said so that people could receive it for their own wellness. We also have a lot of lies told to us on a daily basis. At that table I felt that I had to be there or else that conversation wasn’t gonna permeate in the way that it could.”

The Real has not been shy about why Amanda is a great addition to the show.
Following her first day, Extra was there for all the hosts reflections, and Jeannie Mai reiterated Amanda’s gift of keeping it real and owning her truth, while Amanda talked about not having to give up her integrity to share a table with the other co-hosts, who have no given it up either.

I love Amanda’s refusal to adhere to the many respectability politics Black people in the public space of influence remain tethered to and how her career has the same level of freedom. It’s wonderful to be able to see such unapologetic Black girl magic in the daytime talk show world. 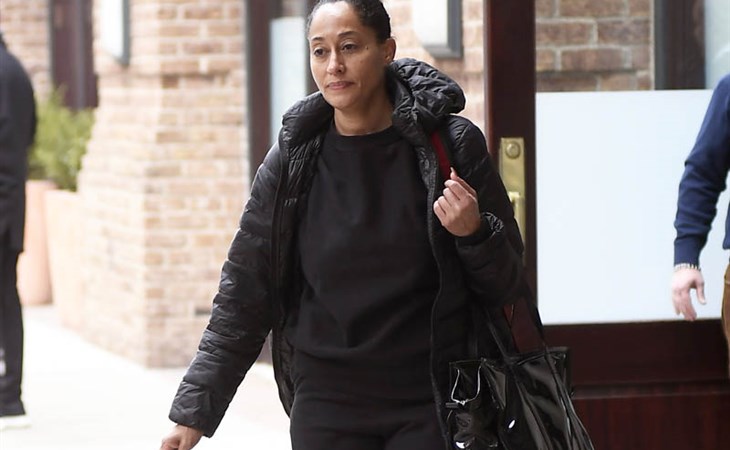 For Your Fitness: A Social Distancing Workout at Home 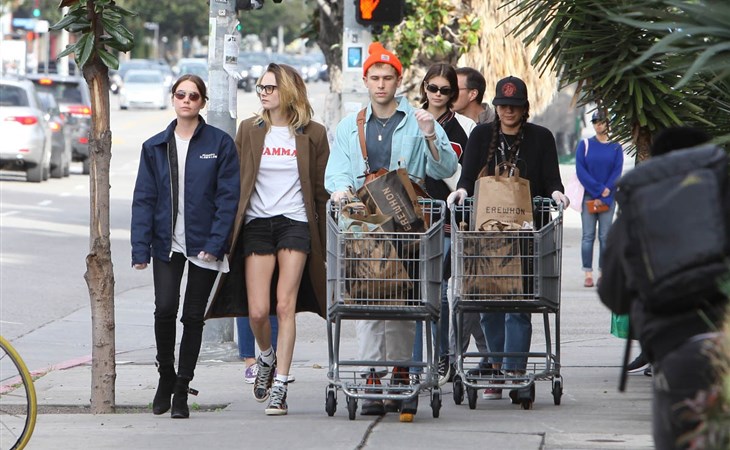