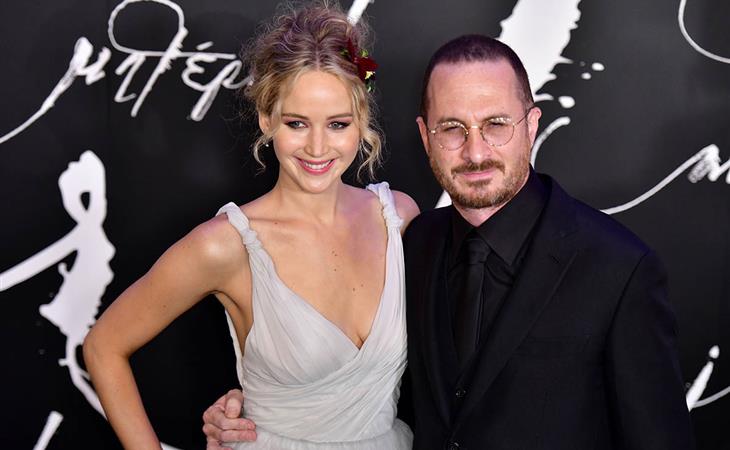 Recently on The Social, we talked about holiday proposals. It’s a popular time of the year to get engaged. And the peg was an article at Brides about what people really think of holiday proposals. Some people are all over it. But they can be dangerous too. Because of the sentimentality that takes over during the season. For those of us who are fortunate enough to have family and friends all around, to be comfortable and safe, to have homes and a job, these few weeks can make you hazy. You’re swept up in the spirit and sometimes? You’re just not thinking straight. During university I broke up with a guy around November because he was gross and a loser only to let him talk me into getting back together with him just before Christmas, when he was still gross and a loser. By January 3 I had come to my senses and went back to school single.

My point? Sometimes you do crazy sh-t because it’s Christmas.

Jennifer Lawrence and Darren Aronofsky, who’ve been broken up for over a month now, were seen together in New York this week – the Daily Mail has the exclusive photos. So now people are wondering whether or not they’ve gotten back together.

"They are friends. They are not officially back together but are spending time together again. They never stopped speaking after they broke up. They care about each other. They are just seeing what happens."

That also leaves room for f-cking and a possible reconciliation down the road. Jennifer knows about reconciliations. When she was with Nicholas Hoult, they got back together at least once, if not twice. And now it’s the holiday haze. A time, sometimes, for bad decisions. SZA and Solange save the day