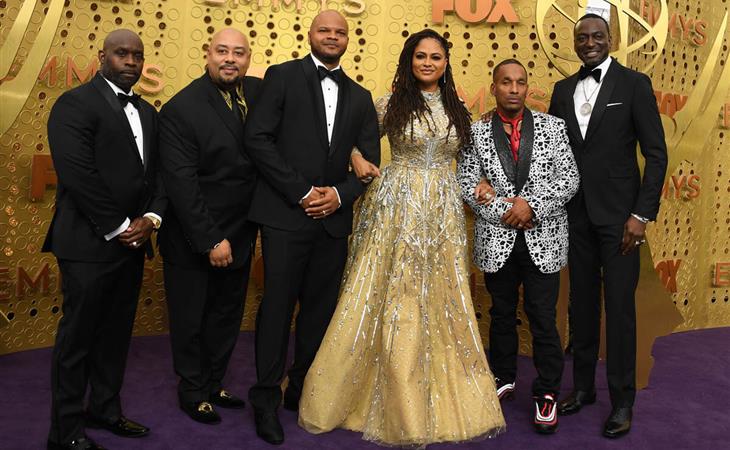 Here is what I do not understand about Ava Duvernay.

She shows up to every awards show, because she always has something excellent and nomination-worthy going on, not just because she wants to party. That in itself is something to be amazed by.

Then, of course, there’s the fact that she’s talented and fun and appears, from the outside, to have integrity: her guests on the carpet and at the ceremony were Antron McCay, Raymond Santana, Kevin Richardson, Korey Wise, and Yusef Salaam—otherwise known as ‘The Exonerated Five”, the subjects of the Emmy-nominated When They See Us.

She had promised to bring them to the Emmys if they were nominated, and held to it – in a situation that I’m sure was both very gratifying and very weird for the men involved, whose stories were told, but who must be keenly aware that the vast majority of the attendees only learned about their story, or cared, once it was made into entertainment.

Given all that, with five people not used to the nonsense on the carpet, I would be a wreck. I would be fussing about whether or not any of the men were asked any stupid questions or otherwise put on the spot. I would be keenly aware of the people who said they’d watched the miniseries but clearly hadn’t. (Tip – never, never, never pretend you’ve seen something you haven’t. You will get caught, and it will be awful.) I’d be aware of people using phrases like “such an important story.”

I’d worry about all this, and a million other things, because I’m neurotic and because show business finds a way to twang your last nerve of insecurity no matter what you’ve done or how proud you are of it.

Ava Duvernay, on the other hand, does this: Please note the swagger. The smiling off at something in the distance, or in her head. Please note the utter chill she has coming off her in waves. I’m in awe.

Partly she knows she looks amazing in her gown – she must get some comfort from always using a similar silhouette, so she’s not worried about what’s exposed – but this lemon-pie and silver version is one of my favourites.

But I think the rest of it is just her. This is how she is. And I am in jaw-dropping awe.

In theory, I know how to get here. If you work super hard and leave it all on the floor, then you can be calm about everything (at least until the awards start getting handed out – more on that in the next post). If you’re sure you’ve done everything you can, then you can happily just hang out with your five guests, scope out the best/easiest bars in the theatre to hang at during boring awards, and see if you can get a pipeline of appetizers coming by, while texting Oprah that the burgers were better at the Golden Globes.

Still. Easier said – much easier – than done. I aspire to one tenth of her ‘yeah, and?’ cool serenity. Ava Duvernay has several new projects on the go, two of which she’s also writing, and When They See Us won a Creative Arts Emmy Award for Outstanding Casting last week. She doesn’t need last night to make or break her, and she could take the petty problems I’m currently chewing my hangnails over in stride.

And I would love to be one tenth this confident and cool. Because – look at her. What wouldn’t you put in her hands? If she can take an artificial situation like a red carpet and look this at ease, is there any reason we’re not giving her the secret access to the nuclear codes? 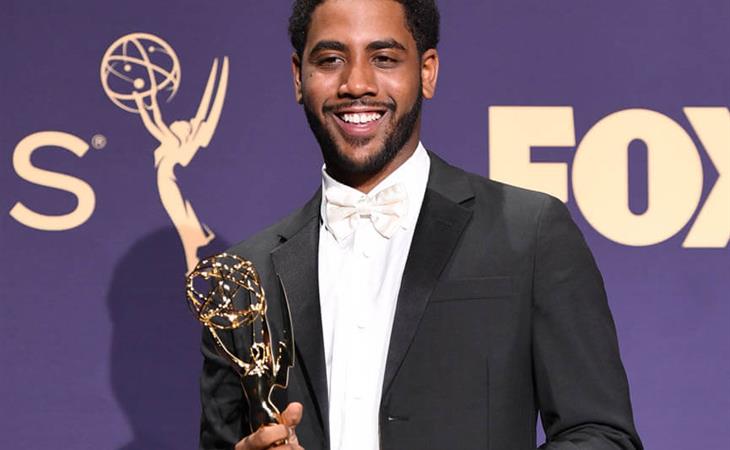 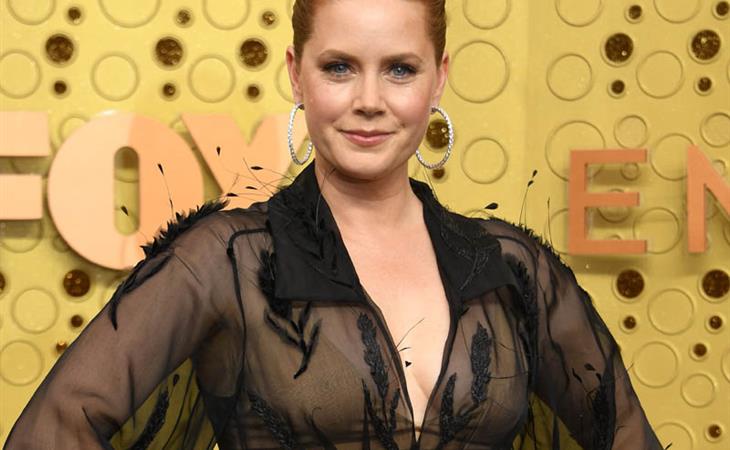