It was announced yesterday that Awkwafina will host the 2018 IHEART RADIO MMVAS on August 26. This is an annual tradition here in Toronto that goes down in a parking lot in the heart of the city, with fans taking over an entire city block, getting as close to the talent as possible. It also happens to be where I work. Which means that exactly a month from now, the breakout star of the year, and one of the stars of my favourite movie of the year, Crazy Rich Asians, will be in the building. I’m totally going to try to be her friend.

Over the years, the MMVAS has attracted international talent and, therefore, international attention. Consider the superstars and emerging stars that have been featured over the last decade alone:

-Rihanna performed in 2008 and won two awards.
-The Jonas Brothers hosted at their peak in 2009 and that was the same year Lady Gaga threw down a medley of "Love Game" and "Poker Face" on the parking lot stage.
-Miley Cyrus was the host in 2010 when she was charting with "Party in the USA".
-In 2011 it was Selena Gomez who hosted and she was joined by Justin Bieber.
-Justin and Selena returned the following year, in 2012 (this is when I walked by him backstage in the production offices and I can’t lie, I felt it when he gave me a “hey what’s up” chin lift as we passed each other) and Katy Perry was the first act announced to perform.
-Kendall and Kylie Jenner co-hosted in 2014 and that year, Ed Sheeran, Lorde, and Ariana Grande were all part of the lineup.
-Ed then came back to host and perform in 2015.
-In 2016 it was Gigi Hadid who hosted. And last year Post Malone was one of the featured acts.

As for Crazy Rich Asians, I hosted a screening of the movie for a group of friends and family in Toronto, including my parents, on Tuesday. Reviews are still embargoed so, for now, I can only give you reaction. I’ll give you several reactions. Several people were crying by the end, including Kathleen (of course) and our friend Heather. My friend Lorella said everything is exactly as she pictured it. Duana came out of the theatre waving her hands around and her voice all high-pitched wanting to quiz us immediately on our favourite parts. We all wanted to see it again immediately.

Most important reaction though? This one:

I saw #CrazyRichAsians tonight. It was SO Chinese. Also I brought my ma, the Chinese Squawking Chicken. Most important review: pic.twitter.com/Pbe4kCiljq

According to The Hollywood Reporter, Crazy Rich Asians is currently tracking for a $20 million opening weekend release. Which would put it ahead of the romantic comedies that have come out over the last few years. And this is good news, totally. But… I think we can do better, non?

We will have so much more to say about Crazy Rich Asians next week and right up until it opens on August 15, promise. 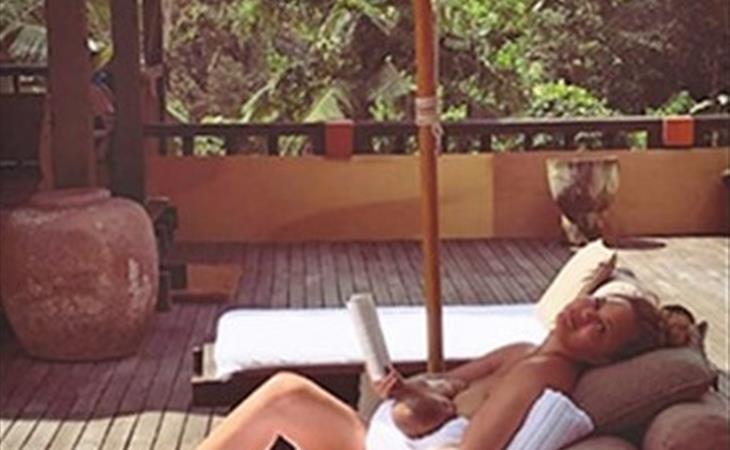