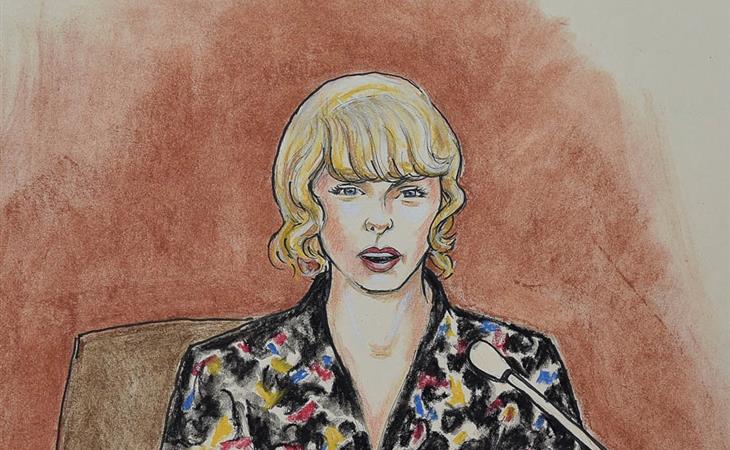 Taylor Swift’s mother, Andrea Swift, testified yesterday, recalling what happened when former DJ David Mueller allegedly grabbed Taylor’s ass during a meet and greet in 2013. She was emotional during her testimony, describing how Taylor felt after the incident and how she’s changed since the incident. For me, personally, what stood out the most was what Andrea said about how victims are almost conditioned to feel guilty for something that was not their fault:

“(Taylor) couldn’t believe that after the incident, she thanked him for being there. She said ‘Thank you.’ It was destroying her. It made me question why, as a parent, I had encouraged her to be so polite.”

THIS. This is what sucks about being a victim. We would all like to say that we would tell someone who did that to us to f-ck off right away. But in the moment, it’s often too quick, too soon, and so you just react with muscle memory – a smile or a “thank you”. Put a pin in that because this is also how victims are revictimised.

Today it was Taylor’s turn to take the stand. And she was… kind of awesome? You can read a recap of Taylor’s testimony here. According to reporters in the courtroom, she was poised and firm. Also… quick. Very, very sharp. Some examples:

At one point, David Mueller’s lawyer tried to turn this into a situation about her bodyguard, perhaps suggesting that he was incompetent. Taylor was asked why, if she was groped, her bodyguard didn’t do anything about it at the time and whether or not she’s “critical” of him not stepping up to help her. Taylor wasn’t having it. Her response:

“No, I am critical of your client for sticking his hand under my skirt and grabbing my bare ass.”

“I didn’t have a reaction to a strange person I didn’t know losing his job…that was a product of his decisions, not mine. I’m not going to let you or your client make me feel like this is my fault.”

And then when David Mueller’s lawyer attempted to question her certainty, to doubt her memory, here’s Taylor:

“It happened to me. He had a handful of my ass. It happened to me. I know it was him. I didn’t need a picture. I could have picked him out of a line of a thousand…this is not alleged. I don’t need you to grill me about the tiny details of this photograph. You can ask me a million questions about it and I’m never going to say something different. I never have said anything different.”

When pressed about the photograph, and why, if she’s claiming her fondled her ass, the front of her skirt doesn’t appear to be out of place…this:

“Because my ass is located on the back of my body.”

And finally, David Mueller’s lawyer asked Taylor why she continued with the meet and greet after David Mueller sexually assaulted her, why she didn’t take a break, because, Taylor, you could have taken a break…

“Your client could have taken a normal photo with me.”

Exactly. And f-ck that line of thinking anyway. This is what I meant earlier, about how victims are made to feel like they have to adhere to a prescribed behavioural code after being assaulted. The subtext of that lawyer’s line of questioning was that because Taylor went on meeting other fans and showing up for other people, it must mean she’s lying about what happened, it must mean that she really wasn’t that upset by it. Because the ONLY way she should have reacted was to fall down on her knees and scream at the sky. It’s bullsh-t. And Taylor Swift called it.

So… come on. Even if you hate her, and I know so many of you do, you have to give her this. The way it’s reading, she’s been a f-cking badass today. She did her homework, she came prepared, she showed her work.

That said, it’s worth noting that Taylor’s badassery is also a privilege. Women are often disadvantaged in these situations to begin with. But some more are more disadvantaged than others. Taylor was rightfully indignant and quick-witted, condescending even, in the best way. Women of colour, however, particularly black women, don’t have that luxury. The sass that Taylor showed today, were she a black woman could have very well been perceived as aggressive and combative in a courtroom. Kathleen has written many times about the “angry black woman” stereotype that black women struggle with. It just happened earlier this week on The Bachelorette. Imagine then how that translates in a courtroom.

This doesn’t take away from Taylor standing up for herself, of course not. But in the larger discussion about sexual assault, as we’ve seen, justice can be selective. 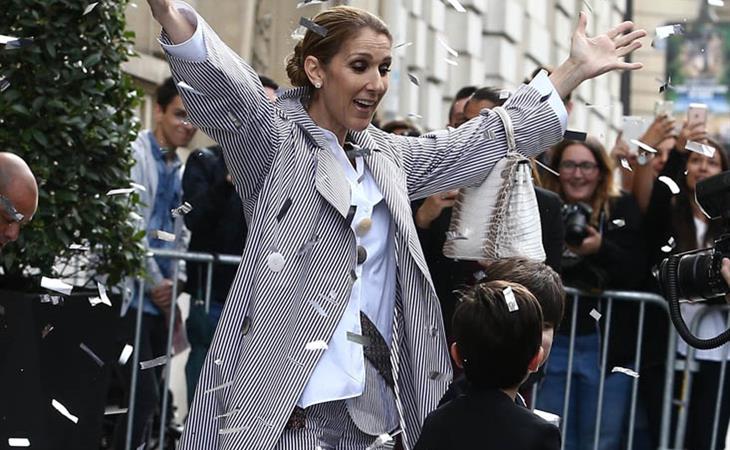