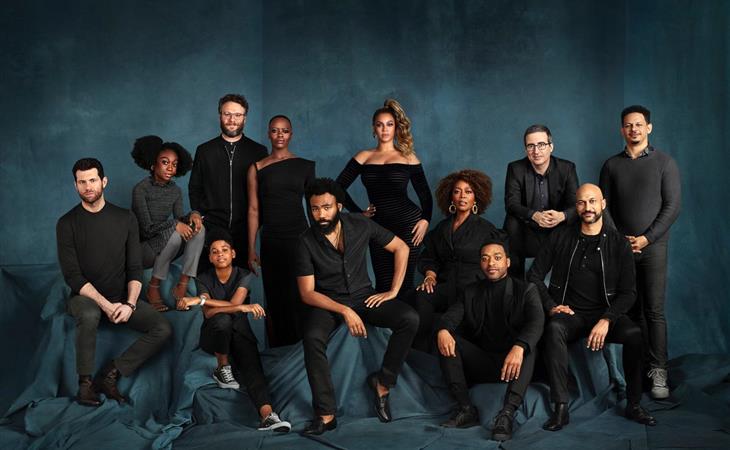 One of my favourite things in life right now is the cast portrait of The Lion King released by Disney yesterday. Beyoncé, obviously, is the focus. She is meant to be the focus, obviously. There is no doubt about it with that placement.

Joanna texted me when this came out to ask a rhetorical question: was this photoshopped?

I mean… if it wasn’t photoshopped, Beyoncé would have had to show up for this photo shoot with 10 other people and stand around waiting for those ordinaries to adjust their poses while she remained perfectly still, because of course she would have been perfectly posed.

This is probably also why they’re all dressed in black. It’s the easiest way to shoot them separately and then digitally arrange them to look like it was a group session. Note the way Seth Rogen tweeted about it:

I’m thrilled to be a part of this cast and to be in a picture with Beyoncé. #TheLionKing is coming! pic.twitter.com/jUuyQ6YtV7

Was Beyoncé even on that set with y'all? Or did she shoot her own shot and have Blue send the .EPS file to Disney in an e-mail with 'To be placed in the middle' as the subject line? https://t.co/hoC2jJkRup

That’s exactly what happened. And now Blue is pissed at the photoshopping because zoom in on Beyoncé’s hand, the one on her hip. It looks backwards!

As always, Seth’s mom Sandy is on it:

At this point, because the premiere hasn’t happened yet, most of the cast members haven’t met Beyoncé. That’s probably their first priority at the premiere: to meet Beyoncé. I’m pretty sure that’s what Seth will be doing all night – looking for B, hoping Julius will allow him access to B.

I’m looking forward to John Oliver’s reaction to Beyoncé’s presence. A few Emmys ago, he was seated behind her and the whole night, every time he had access to a microphone, he couldn’t stop talking about being that close to Beyoncé. Will he talk about it on his show? They’re on a couple weeks break on Last Week Tonight but they are coming back on July 28, conveniently just after it premieres, so he has the opportunity to tell us what it was like being on the red carpet with her – IF, that is, he’s granted permission to stand on the red carpet with her which… I don’t know how that’s going to work. They could very well clear the carpet for just her when she arrives. What, like are they going to say no if that’s what she wants?

Look at this cast photo. It happened this way because that’s how she wanted it. And, at post time, she hasn’t yet shared it on her own social channels so I’m not sure she’s happy with it, especially considering what happened to her hand. I wouldn’t want to be the person at Disney who had to take that call from Blue. 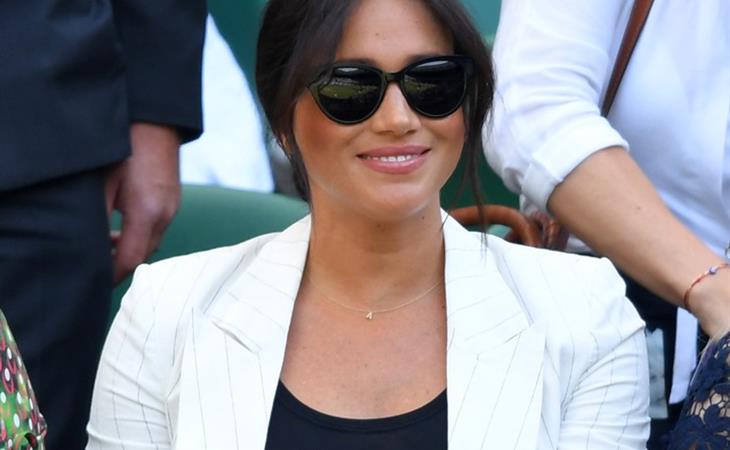 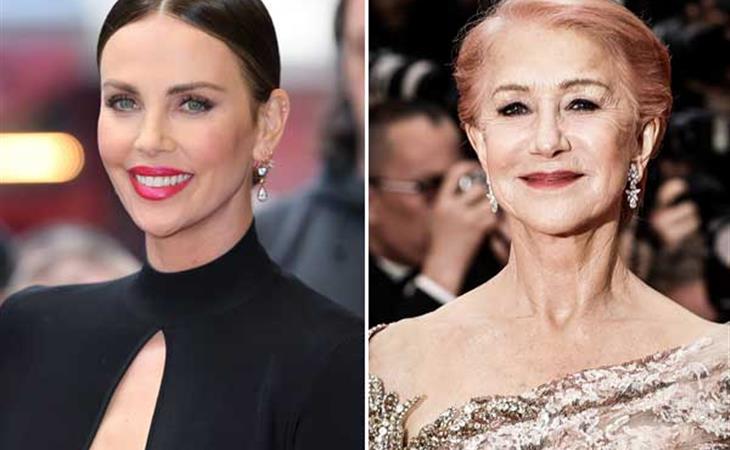