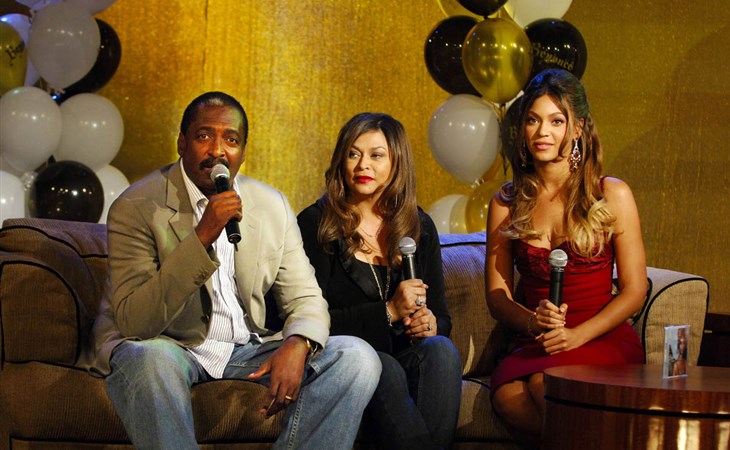 It was announced yesterday that Mathew Knowles, father of Beyoncé and Solange, has sold his entertainment company to APX Capital Group and will be taking on a management role to produce movies and TV shows, including a biopic about himself. Per Deadline:

“One of the first projects that is set to come out of the deal is The Mathew Knowles Story, which will trace his story of how he helped his daughters become the global superstars that they are today and how he managed both Destiny’s Child and the solo careers of Beyoncé and Solange as well as Michelle Williams and Kelly Rowland.

Knowles has evidently been buoyed by the success of King Richard, the story of Richard Williams, the father and coach of Venus and Serena Williams, starring Will Smith in the title role.”

There’s also this – APX has also acquired Mathew’s archival footage, “10,000 hours of footage depicting the history of the Knowles family in the music industry through never-before-seen images, videos and music”. This is… priceless. Beyoncé is the greatest living artist, the Queen of Culture. Solange, too, is an innovator and a visionary, and their dad just sold off thousands of hours of archival material, material that is essentially their origin story.

And is making a movie about his own life and by extension their lives.

You will note, there’s been no mention in the announcement about Beyoncé, Solange, and Miss Tina’s involvement. And at this point, it’s no secret that Beyoncé in particular is militant about protecting her image. She has her own personal archive, she’s been storing her own footage for years – basically building her own museum. So the fact that so much of her personal library from when she was young is now owned by a media fund? How do you think she feels about this?

It's well-known at this point that Beyoncé and Solange have a complicated relationship with their father. Of course, there is so much love there, ever and always. And as is the case in all families, there was hurt. Mathew was unfaithful to Miss Tina, Lemonade wasn’t just about Jay-Z but about her own father’s infidelities. For Beyoncé, through her art, what’s personal can be professional. But it’s been over a decade since Beyoncé decided that her dad would no longer manage her career – and in that time, after going out on her own, is when she became the Beyoncé we know her to be now, the star of all stars. There is zero crossover now between Beyoncé’s business and whatever business Mathew is out here trying to do. So what are the chances that Beyoncé or even Solange will want any part of this movie?

And this is key to the movie. One of biggest reasons why King Richard, which Mathew is apparently trying to model his life story after, has been so successful is because of Venus and Serena Williams’s involvement. They, along with their sister Isha Price, are executive producers on the film. King Richard had their full, whole-hearted cooperation and endorsement. Richard Williams, in fact, who Will Smith plays in the movie, didn’t actually have a leading role in the development of the project, nor has he been seen much through the movie’s release and award season run. This may be because of health issues but the fact is, even though the movie is about him, he’s not the one representing it. Mathew Knowles, on the other hand, is the driving force behind the movie about himself. And… seemingly… at least thus far, the only driving force.

But how can his story work without participation from Beyoncé, Solange, Kelly Rowland, Michelle Williams, and … MISS TINA?!?

Of course, Mathew deserves some acknowledgement for building their careers at the beginning, for the hustle he put into development and promoting their talent. But the story of his work only works if you show the results of it – and in this case the results are actual people, one person who, very famously, handles her own sh-t…and her mother who, by the way, was also instrumental in who Beyoncé, Solange, and Kelly, too, have become.

Just a few days ago at the Critics Choice Awards, as he was giving his acceptance speech for Best Actor, Will Smith shouted out Aunjanue Ellis, who herself is an Oscar nominee, for her performance as Oracene and their collaboration onscreen. Isha, Venus, and Serena 100% would have wanted their mother to be a big part of their story. Is that going to happen with Miss Tina if Mathew is controlling the narrative? Maybe. But, like I said, there is no mention in this deal and the plans for this movie of other family members being on board. And that may be why reaction to this has been muted. Normally, if we’re talking about Beyoncé, and especially a Beyoncé story with never-before-seen-footage, it’s headline news all over the place. That’s not the energy right now around this news, though. Some of her biggest fansites and social media accounts aren’t mentioning it either. To me, that says a lot. 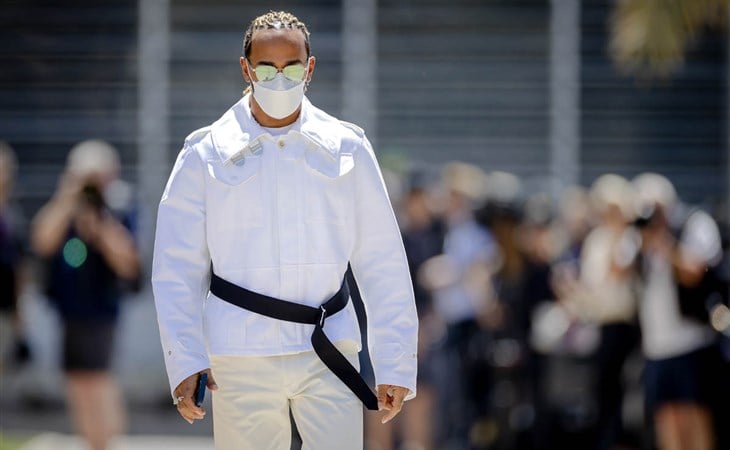