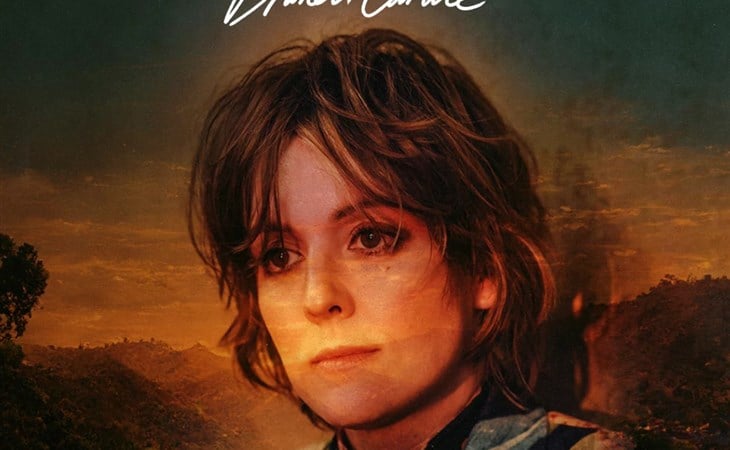 The only thing that has successfully gotten me out of my loop of playing Renaissance on repeat has been Mariah Carey’s 25th Anniversary of Butterfly. First of all, how dare you, time? It does not feel like 25 years ago since I first saw that “Honey” video. But second of all, go listen to the album and re-listen or re-read the corresponding chapters of Mimi’s memoir because it’s delicious chisme. (Although I still wanted more LuisMi cheese from Mariah–see “The Latin Elvis” chapter–but she always gives us so much, so I will forgive her).

What could get me out of my Mariah retrospective? Late Tuesday night Brandi Carlile released a Deluxe Edition of In these Silent Days called In The Canyon Haze–a rearrangement of their latest album inspired by the legendary Joni Jams. What are Joni Jams? Oh, you know, these very casual musician hangouts at JONI MITCHELL’S HOUSE in which an impressive range of musicians–from legends to more contemporary artists–play and sing together. If you want to learn about Brandi Carlile’s re-introduction to Joni Mitchell by her lovely wife Catherine, and how these lovely Joni Jams came to be, I recommend that you read or listen to Carlile’s memoir, Broken Horses. But while part of the inspiration of this album is recent, In The Canyon Haze owes its sound to the jams of the 60s and early 70s of musicians like Joni Mitchell, Mama Cass, Linda Ronstadt (and some dudes, LOL) in Laurel Canyon. Check out an oral history of Laurel Canyon in Vanity Fair.

In the Canyon Haze has been on repeat as I drive, grade, and write because it is so damn good. When I saw that Brandi Carlie would be performing the album straight through LIVE on IMAX in Laurel Canyon (!!!) I knew I wanted to go. But the reality of my work and personal life right now has me exhausted and feeling I can’t indulge in such things in the middle of the week. As soon as I started to listen to the album, though, I knew I had to get tickets. And what a special night it was! After asking one of my lovely friends to come check on my dogs (I got a new pup! A beagle! And yes, Lainey has been getting updates!) and trying to not freak out about my interminable work to-do list (anyone low-key terrified about their work schedule over the next couple of months? Just me?), I dragged my kids and made my husband leave work at a decent hour so that we could catch this live performance.

I knew I wouldn’t be disappointed. First of all, the performance looked and sounded so damn beautiful! It started soon after 6 PM, while the light was still out in Laurel Canyon itself, which meant that as the album progressed and the strings (OMG, the strings!) became more powerful in the songs, the sun had already set, and the lanterns and lights gave the stage more beautiful colors. And speaking of colors, Brandi, as always, had an amazing 3-piece blue suit. My current style is more like that of the band Lucius (who sang background vocals on this album and performance) because quarantine helped me embrace the caftan, but every time I see one of Brandi’s suits, I want to get one. When I see her photos or clips of her performances I want to cut and dye my hair like hers, but then I remember that I am not an Americana/Glam Rockstar, so for now I will stick to my bohemian prof style of flowy garments, bright hats, and big earrings.

After listening to the album on a loop on Wednesday every single minute I wasn’t physically at work, I knew I had a lot to look forward to. Because I follow Brandi’s account on Instagram, I knew she would be singing and playing the love song “You and Me On The Rock” with her wife Catherine. Not only was it touching to learn its inspiration when I saw the band live, but to see them perform it together on their 10th wedding anniversary felt like I was witness to a truly special moment between two people…who were in another city, while I was sitting in a full movie theater. Their rapport throughout the performance was adorable—not only did Catherine perform the second song of the album with Brandi (and they joked about the shot she would have to take immediately after), but she “called” her on a rotary phone to read her questions from fans watching the concert from their respective theaters.

I also knew I’d LOVE the band’s new version of “Broken Horses.” Its Canyon Haze version is just as powerful as its glam rock counterpart, and if I were a musician, I am sure I would have the words to clearly articulate why I love it so much. I can just say that I am thankful that it is longer than the original because that one has always ended too soon for my liking.

I also knew I’d LOVE the Canyon Haze version of “Mama Werewolf,” a song that has been my Brandi Carlile favorite since I saw the band live in concert. “Mama Werewolf” is a song that has helped me process and reflect on my feelings about motherhood, intergenerational traumas, and mental health, especially since the pandemic. The original “Mama Werewolf” is perfect–its lyrics and melody mimicking the contradictions, pain, and turmoil of its subject. The Canyon Haze version has a softness that makes me feel held and forgiven by it, if that makes any sense. This version is perfect, too.

But the strings! While listening to the album, I kept thinking that I couldn’t wait to see and listen to the string performers. In particular to the arrangements of “Stay Gentle” and “Sinner, Saints, and Fools.” The ending of “Sinner, Saints, and Fools” is already amazing in the original album, but it is heavy on the guitar and drums. The Canyon version makes the strings the stars. It is probably my favorite part of the whole album. Thank you, Sista Strings–Monique and Chauntee Ross–for giving us this gift.

I am assuming since this performance of In The Canyon Haze was recorded for IMAX that this video recording will be released (pretty please?!) so that we can all enjoy it. I definitely want to watch it again! And while it was definitely not cheap, the healing powers this band has over me (and I know it’s the same for many of you) made it worth it. Brandi Carlile is a band that reminds me of one of the many reasons I used to be obsessed with Tori Amos (I still love her!). I knew the times I could afford to watch her perform, I would be watching something special. For The American Doll Posse Tour, I managed to save enough money to watch her in two separate cities because I had just moved from Texas to California, and in my mind it made perfect sense that in this transition, I had to see her in both places. Besides, I figured they would be pretty different shows. And I was right! She usually changes up her setlist anyway, and well, in the California performance, she very memorably stopped playing “Code Red” and kicked two people out of her show. The band then played the song even harder.

I connect Brandi Carlile to Tori because these performers work so hard at making their recordings, performances, and special albums worth listening and watching. And you know when you pay to see them live, you are not gonna get a version of their work that you could just play from the album. They’re not the only ones who do this, but they are two I really enjoy. And their covers! I have bootlegs of live cover performances from “Tori’s Piano Bar” that I still play often. Her bootlegs were so good and she knew people loved them and were already passing them around anyway, so she released “bootleg” recordings of many of her shows, which of course, sounded amazing (A smart musician marries a sound engineer, LOL).

The live IMAX performance of In The Canyon Haze ended with two covers. “Space Oddity” is an unexpected final track of the album, since David Bowie is not Laurel Canyon, but even in its “oddity”, it makes sense to include it in this album because it signals the other critical influence the band has had recently–glam rock. And because this album was inspired so much by Joni herself, it was only right that they end with “Woodstock.” This is the version I witnessed and loved when I saw Brandi Carlile perform at The Greek. Enjoy!!!

Watching last night’s live performance of Brandi Carlile’s In The Canyon Haze was an amazing way to spend a Wednesday evening. I only wish more musical acts did this. Before I spend all my money on Beyoncé tickets next summer, maybe I can wish that Beyoncé gives us her visuals in IMAX quality but with a dance floor. I think that’s the only way to take the IMAX performance to the next level. 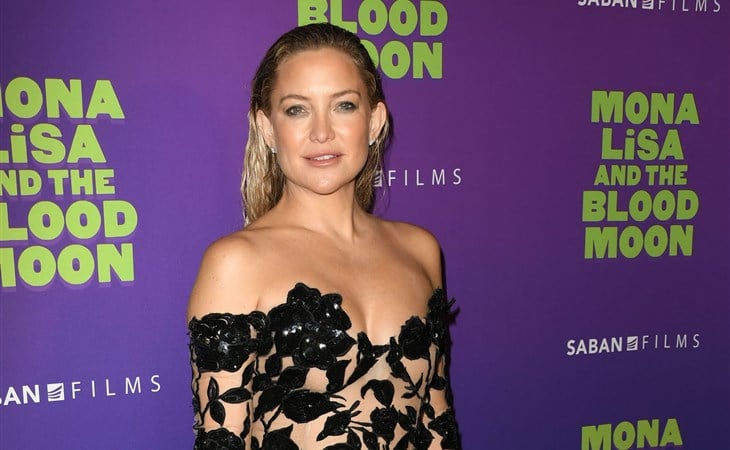 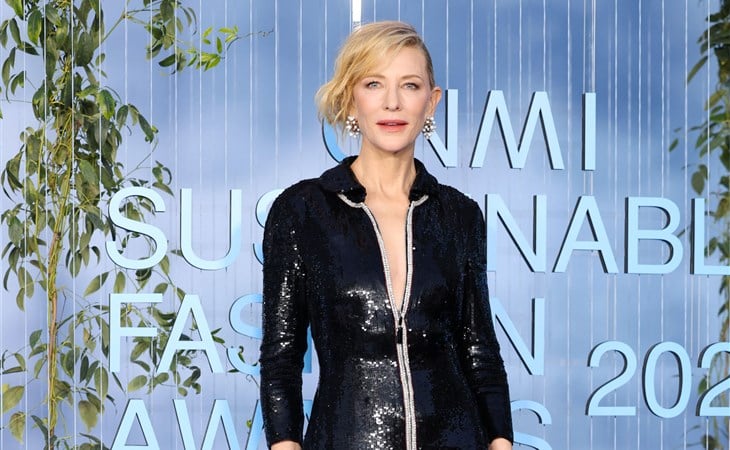