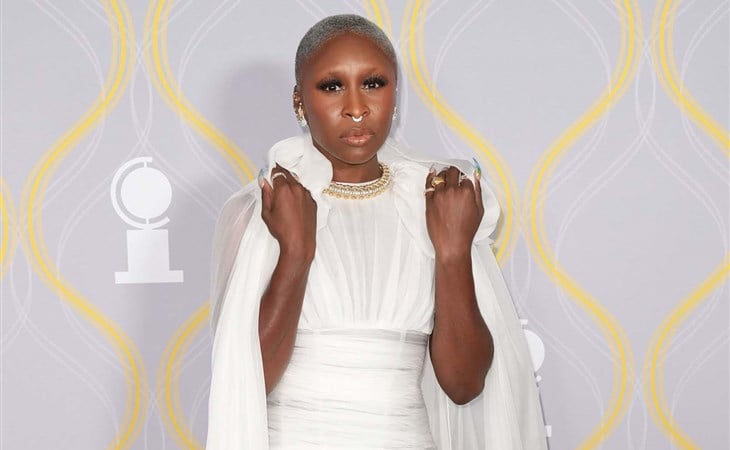 Understated is never the theme of the Tonys, especially not when Broadway was celebrating its return after two years of COVID shutdowns. So there were a lot of great looks last night and we’ll showcase some of them here, starting with Cynthia Erivo, my personal favourite. Because I’ve always had a thing for a red carpet hooded cloak. And this is one of the most spectacular award show hooded cloaks I’ve ever seen.

This is Giambattista Valli and it is so f-cking perfect on her I can’t handle it. The layers and layers of the gown, the cinched waist through the middle, the pleats across the bust, the way the gold accessories pop against the white…she is breathtaking in this outfit.

And has also given us an update because I was wondering, but it looks like she and Lena Waithe are just fine:

That’s Bernadette Peters beside them checking her phone, the woman has not aged in 40 years, I swear.

Staying with white, on the men’s side, Jeremy Pope in a loose-fitting Louis Vuitton suit with sneakers is exactly right. Bigger pants for men on the red carpet now, we’re seeing more of it.

On that note, A Strange Loop’s lead, Jaquel Spivey, also served wide leg steeze in blue with wide lapels too so we’re getting different male fashion silhouettes instead of the same-same-same parade of cuts and that’s a kind of diversity worth being excited about too.

Another one of my top Tony looks – Ruth Negga in Armani Privé. The dress itself, I mean it’s pretty, no doubt, but on its own it’s not exactly a showstopper; on Ruth, though, it comes alive, a midnight dream, flirty and mysterious, especially with those beguiling eyes over her red lips, and THAT HAIR. I f-cking love this hair on her, it’s a thrilling hairstyle choice, one to be remembered for a long, long time.

Since we did two white looks in a row, let’s go with back-to-back black and this excellent Schiaparelli on Vanessa Hudgens who attended an award show without hosting it for a change. This is just straight up classic design – strapless, ruched, body-con, timeless. She’s wearing the sh-t out of it, and her style access over the last year or so has really leveled up. I don’t remember Vanessa Hudgens serving as much couture as she has been lately.

Finally…we’ll end on another black look on the legend, Patti LuPone, who won her third Tony Award last night for her work in Company and spent her time on stage thanking the understudies and the crew who’ve made Broadway’s comeback possible and with a special shout-out too to the COVID safety teams. Then of course she thanked “Chris Harper who pays my salary”, in reference to what happened a few weeks ago when she yelled at audience members who weren’t masking properly. I’m sure you heard about it at the time but it’s worth replaying because what kind of a moron tries to interrupt and talk back to Patti LuPone?! Just eat Patti’s sh-t and shut the f-ck up?! The Broadway community has been hit hard by two years of pandemic, and there are a lot of people who have put in a lot of blood, sweat, and tears to bring shows back, to bring the theatre back to life. Patti, given her status on Broadway, would be intimately aware of this reality, and clearly has the most respect for those who are unseen and unnamed behind the scenes whose vital efforts revived the Broadway family. Never f-ck with Patti is a general life rule but especially never on this.

And she looks amazing in this black dress. 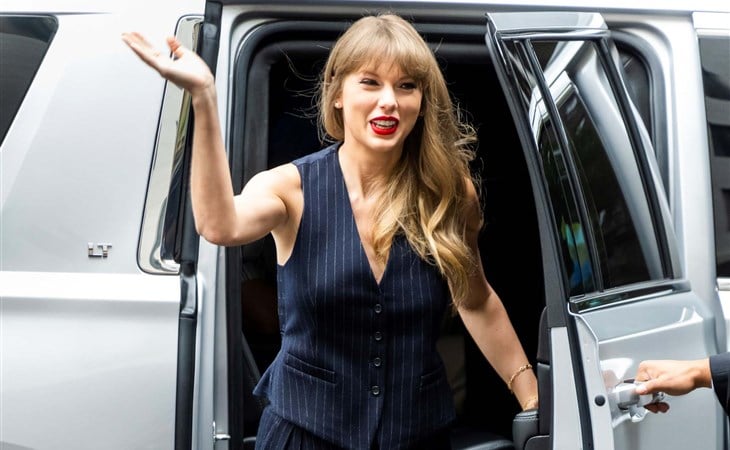 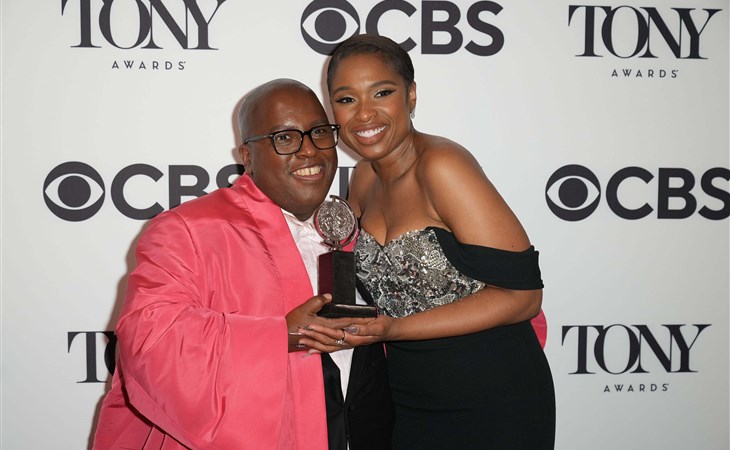