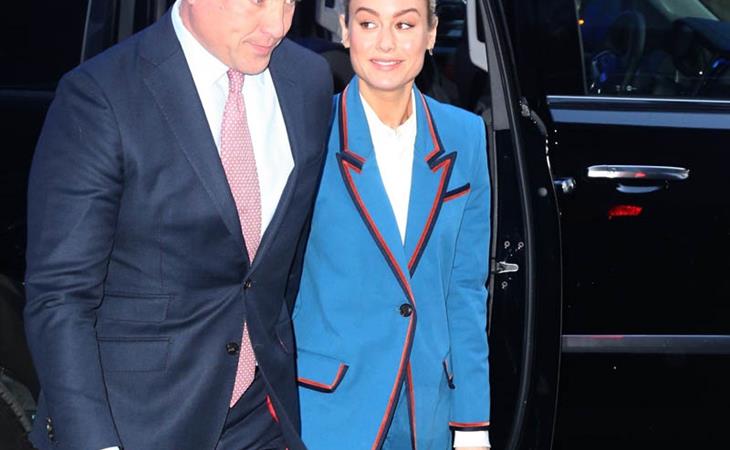 Of course the Outfit of the Week is going to be Captain Marvel related today. Outfits, plural though! Because I can’t decide between Brie Larson in this blue suit with red trim which… what are the colours you see here?

It’s not just the colours though, it’s the fit. The fit is relaxed, the jacket is longer, almost oversized, and the pants are shorter, short enough to give those boots their due, creating a little bit of a throwback vibe while still feeling totally modern. This was probably my favourite outfit on the press tour – and it might even be hers. She looks like she loves being in it.

And then…Gemma Chan. I just… she’s just… I can’t anymore with the fashion porn she’s been giving us, for months now. Every f-cking time it’s such high level style, it’s almost annoying. This outfit has no business being as bomb as it is. Think about how tacky that top could read, with the one shoulder and the crimping and the train all the way down on the other side – it’s already extra and she went 10 extra steps further with these pants. They’re fringed but not, like, regular fringe. It’s plastic fringe. Holographic plastic fringe that, again, could have so easily been gimmicky and read cheap but instead, on her, it’s elevated and luxe and also… not overcomplicated, right? None of this is Too Much. Like at this point, I want her to sign a fashion deal so that she can get her coins but at the same time I don’t want her to because why should she be limited when she’s capable of this kind of greatness!?!

Also, some gossip – Gemma’s boyfriend, Dominic Cooper, was with her at the premiere in LA: 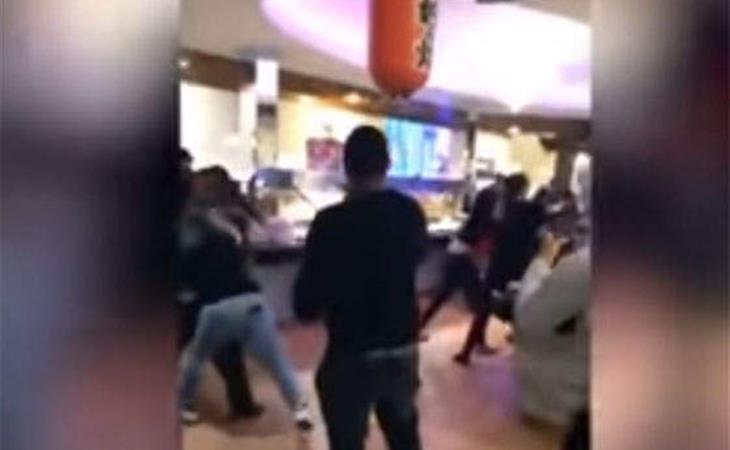 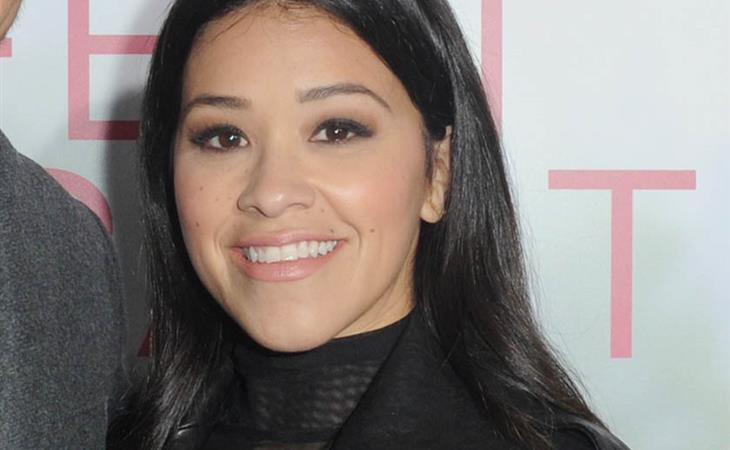