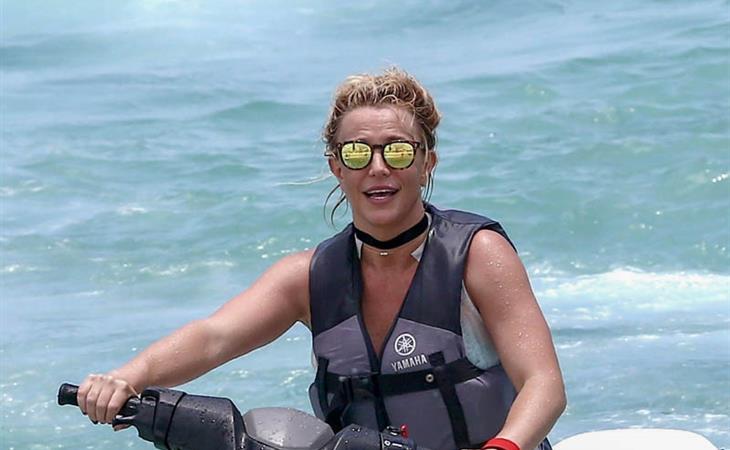 … on a jet ski! These photos of Britney Spears on a jet ski are everywhere. Most outlets seem to be fascinated that Britney is seen picking her wedgie in a few shots. She’s on a jet-ski in a bikini. Of course she has a wedgie. I love that she was unafraid to handle her wedged-up situation even though I’m sure she knew she was being photographed. I don’t love the mocking tone of some of these posts about Britney and her wedgie. LEAVE BRITNEY ALONE.

Since it seems like Britney has found her groove professionally and personally lately, I feel strangely protective of her. She looks the happiest she has in a long time. She’s killing it in Vegas and her fragrance line is doing exceptionally well. She’s got her hot young boyfriend she can’t stop publically gushing over. Aside from K-Fed crawling out of the hole I thought he was left in in 2007 to dare to come at Britney for more child support, it was been a drama-free few years. Headlines about Britney have been positive and respectful. ‘Britney Picks Her Wedgie!’ is not nearly as bad as some of the sh-t she got in the past but I still don’t like it. Instead of embarrassing Britney, can we talk about her new music?

Well, there isn’t any new music yet but this photo Britney posted “on set” has fans speculating that she’s about to drop a new single.

The single is allegedly called “Apple Pie”. The rumours started because Britney is using the apple emoji a lot in her Instagram posts, including the one above. That evidence seems suspect to me but stans tend to know their sh-t. I would have guessed that post “on set” was from a shoot for her fragrance but if it does have something to do with new music, I’m excited. The last album came and went pretty quietly but I f-cked with a few of the songs. This will be Britney’s 10th studio album. It’s the perfect time for a new Britney era. 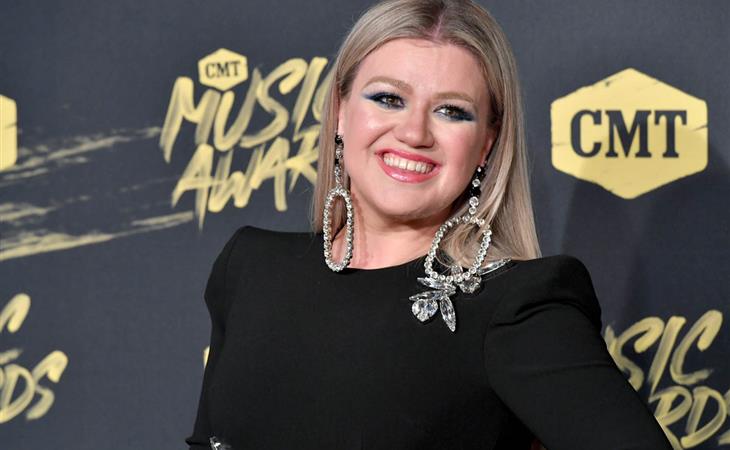 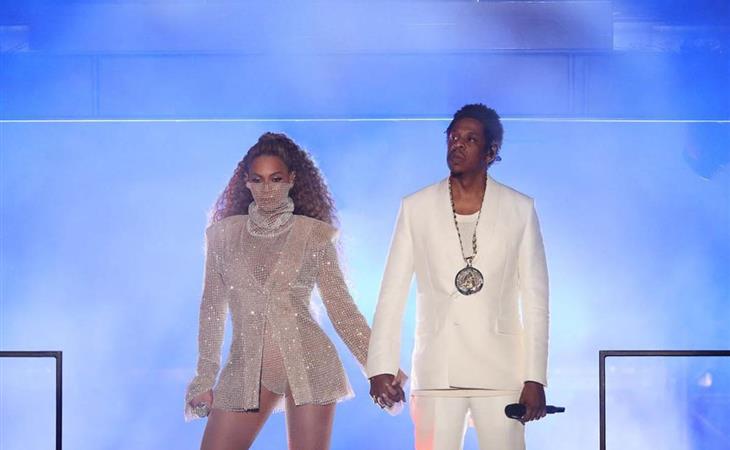