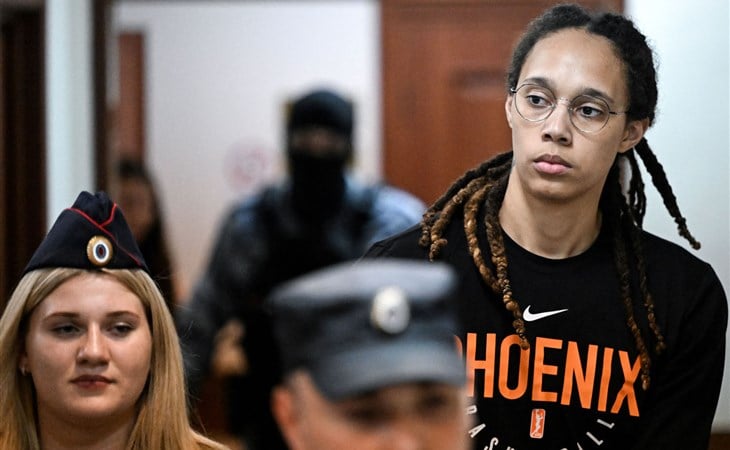 Yesterday, in a Russian courtroom, WNBA star Brittney Griner was sentenced to 9 years in prison on drug smuggling charges, a shocking and devastating piece of the months-long saga of her detainment. Griner was arrested in February, and in March grainy images from the Sheremetyevo International Airport  showed Brittney in the moments before getting caught with less than 1 gram of cannabis oil in her bag. Russian Custom Services began this with exaggeration, telling the media her arrest was about a criminal case that “has been opened into the large-scale transportation of drugs” before they even released the identity of Griner. The WNBA star was in Russia to play for the basketball team, a routine familiar to many American athletes, especially WNBA players, who make a fraction of what men in the NBA make. An elite player like Griner had been treated well in her basketball career in Russia up until that arrest.

As the months leading up to her trial dragged on, it became clear Griner was a political prisoner and a pawn for Russia, with the US confirming she was being unlawfully detained. On July 27th, the US went public about their offer for a prisoner swap of Griner, along with Paul Whelan, a former Marine imprisoned since 2018 in Moscow on espionage charges he claims are fabricated, and the US government maintains he is wrongfully detained. The swap was proposed as Whelan and Griner in exchange for Viktor Bout, a Russian convicted arms dealer serving a 25 year terrorism sentence in Illinois since 2011. Many are against the release of Bout, nicknamed the “merchant of death” by US intelligence agencies and “one of the world’s most prolific arms dealers” by former attorney general Eric Holder. Mark Galeotti, a lecturer on Russia and transnational crime at University College London told the New York Times:

“That is also the opinion of U.S. and other authorities — and it explains the reasons Russia has been so assiduously campaigning to get him back. All countries try to get their citizens out of rough jurisdictions, but it is clear that it has been a particular priority for the Russians in getting Viktor Bout back.”

Speaking of arms dealing, as of 2021, the US was right ahead of Russia, responsible for 39 per cent of arms deliveries worldwide with 103 nations as customers, according to a report on trends in International Arms Transfers by The Stockholm International Peace Research Institute (SIPRI).

The US is notorious for being hesitant to do prisoner swaps and this public one will have consequences for Biden, just as others in the past have for previous presidents. But there’s no doubt the trade should happen. It’s crass to hear pundits debate the value of Griner’s freedom against  Bout, and questions like “is it worth freeing one American if it means putting others, including other Americans, in harm's way?” feel odd. This was the topic of Ashleigh Banfield’s NewsNation segment and panel discussion on June 6th with a former CIA officer and a national security and global affairs expert. It was an interesting discussion, but it’s clear the US frames itself as not only the leader in International law, but the gold standard in diplomacy and human rights. Due to this, there is a certain level of posturing that seems to have led to significant delays in this case, particularly the verdict being handed down to Griner without Russia making the deal (today, they have said they are willing to talk about it after allegedly rejecting it before the trial).

To even have an elite American athlete be in a position to be involved in such a high profile criminal case for a low level misdemeanor and become a political prisoner shows how fraught American freedom can be, particularly when travelling.

MSNBC’s Joy Reid spoke to WNBA player Layshia Clarendon about the sentence and discussed the now obvious risks involved in athletes traveling overseas to work, or as Joy put it, “particularity to authoritarian states.” Clarendon responded that this definitely threatens the sense of safety athletes felt as “global citizens” and admitted there would be a chilling effect in the future. But with International relations, particularly relations with Russia and the US’s role in the current war in Ukraine, and these kind of tense relations being characteristic of US foreign and domestic relations, have Americans really ever been safe?

Joy then spoke to an advocate who reiterated the dangers of working in countries like Russia, and the fact that the Russian government recognized Griner as a high value hostage that they could use to extract a lot from the US in exchange for her freedom, and now they can extract even more after the verdict. Which totally explains how a harmless athlete would be in the position to be exchanged for an international arms dealer in the first place.

Even when it comes to the disproportionate punishment for marijuana possession, Americans are still serving long prison sentences in their own country for charges related to the “drug” that is now being lauded as one of the most growing forms of entrepreneurship in the US. And the drug laws, “tough on crime’” legislation in the Clinton years that enabled this were championed and bragged about by now President Biden, during his many years as a Senator. Democrats like Joe Biden, Bill Clinton and Barack Obama have all taken on their own personal style of heavy handed, crime and punishment way of governing, despite any human rights varnishing or “growth” they espouse. I see no difference between a 90’s democrat needing to prove they are tough on crime to win elections in red states, and a present day democrat who spends billions on policing while appearing saddened by the cruelty of their system, to prove they will never abolish the system. And the human cost of treating people cruelly through the justice system is just as visible as this Griner case. The way in which she is unable to exercise any time of privilege as an athlete, and is being treated like any Black woman caught up in the criminal justice system in another country is still appalling.

This has been devastating to Griner herself, her wife and her WNBA team, The Phoenix Mercury. In their first game since this ordeal, they had a moment of solitude for her and also released a statement after the verdict, standing behind their teammate. Griner’s wife, Cherelle Griner, sat down with Gayle King in June, before Biden had proposed the deal, pressing him to do so to get her home. She also outlined the details of finding out about the arrest, and her inability to even communicate with her wife.

Now, following the verdict, celebrities, athletes and politicians are rallying to get Griner home, and her lawyers are filing an appeal. 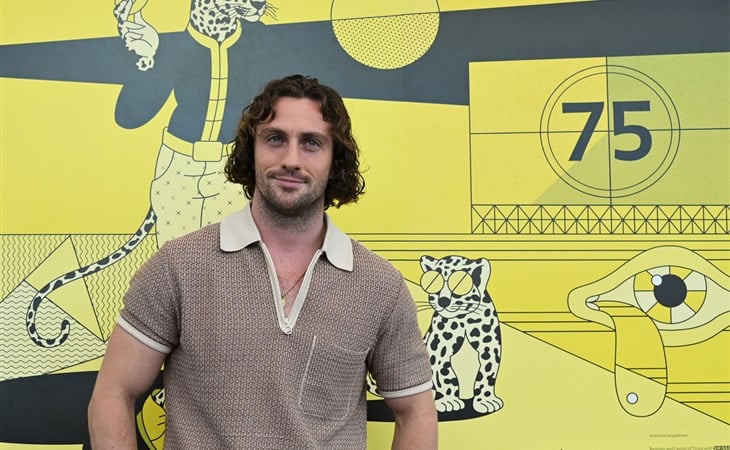 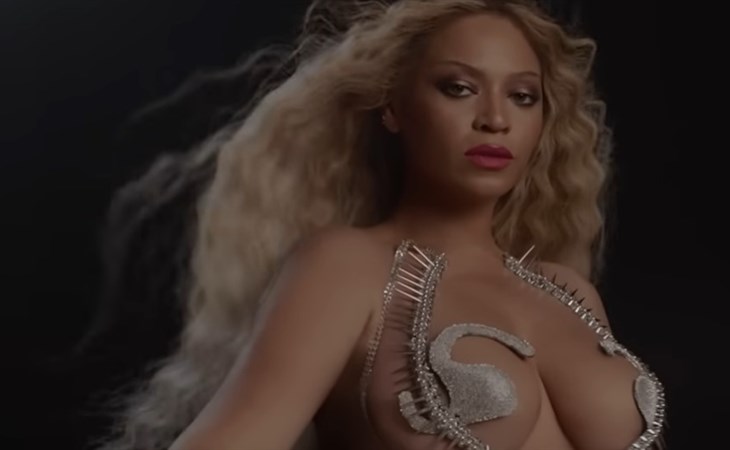