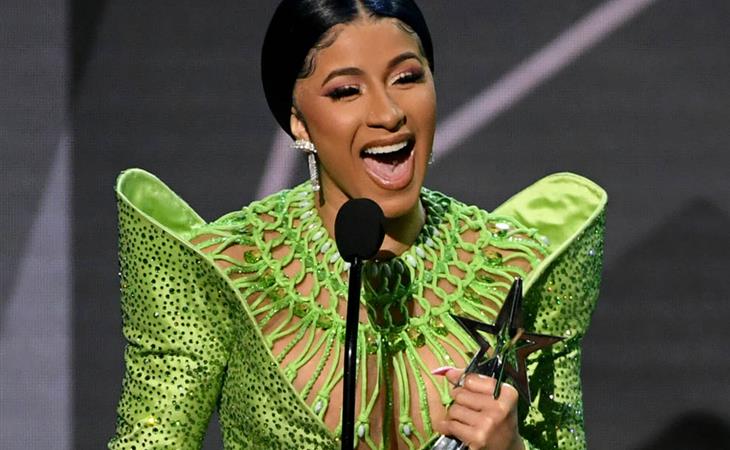 Cardi B: always in the news

Cardi B opened the BET Awards last night, performing “Press” and then Offset joined her onstage for “Clout”; at one point she gave him a lap dance. Maybe this is petty of me but I’m still not over the way he INTERRUPTED her to apologise and beg her to take him back a few months ago and then was up there on her stage again for her Grammys acceptance. I know some people are all like, but she wanted him to be up there with her at the Grammys, and my response to that is basically Kathleen’s response at the time, which is … let your wife have her shine, can you please?

So now at the BET Awards, again Offset is participating in her moment. Because here’s the thing: Cardi gets a lot of moments, all the moments. She’s been moment-ing for almost two years straight.

Last night Cardi won Best Female Hip-Hop Artist and Album of the Year, the first female rapper to win the award in BET history and just the second woman to win it after Beyoncé. This is a big deal. With Cardi, again, it’s always a big deal. And I’m coming to something here but first…

There are big deal legal issues too. Last week Cardi was indicted on 14 charges over a violent incident a New York club in October. She allegedly ordered an attack on two bartenders, one of whom is rumoured to have been dealing with Offset. That’s according to TMZ. But right now, at least publicly, Cardi doesn’t seem worried. Here she is at the BET Experience. You can hear her clearly saying, “I ain’t going to jail”.

.@iamcardib came through with a message for everyone last night! 😭✊🏽Make sure you tune in for the #BETAwards tonight to see her perform! pic.twitter.com/AB1kzjTFbU

And she posted and then deleted this about TMZ’s coverage of the situation:

Cardi is expressing a sentiment shared by Melayna and others in the Black community – that in its reporting on Black celebrities, and profiting off these stories, TMZ often goes for the “Cops angle”, something that Ava DuVernay addressed in her documentary 13th about mass incarceration, exploring the influence that shows like Cops and the way news media portrays arrests contributes to stereotypes about Black people and how Black people are held to a different justice system. Now this may or may not apply to Cardi’s specific situation but her point, in a vacuum, is valid.

Is it time, do you think, for a break? We haven’t yet had a chance to miss Cardi. Celebrities are always afraid to be missed. They worry that they won’t be missed, that instead they’ll be forgotten. But every artist should try going away for a while and hitting reset. And we as an audience have a part to play in that too. It’s scary now though, maybe scarier than it was before. Cycles are so short to keep up with attention spans. It’s one of the reasons why so many performers of this generation talk about the burnout, from recording artists to YouTube and social media stars, about the pressure of creating new content. In business they often talk about a “churn rate” and it applies to fame and celebrity too, at least the fear of it certainly does.

But that still doesn’t solve the issue of creative and emotional over-extension. At some point, I hope someone on Cardi’s team is thinking about it.

Last night Offset posted this to his Instagram stories – it’s Cardi eating McDonald’s after the show:

I’m always down to smash some McD’s after a long night of work. Or after an event. McDonald’s is celebration food, for sure. She looks f-cking exhausted though, doesn’t she? Like I don’t know that she’s eating those fries with any joy. Or f-cking Offset isn’t showing her eating them with any joy. And if McDonald’s fries don’t bring you joy… 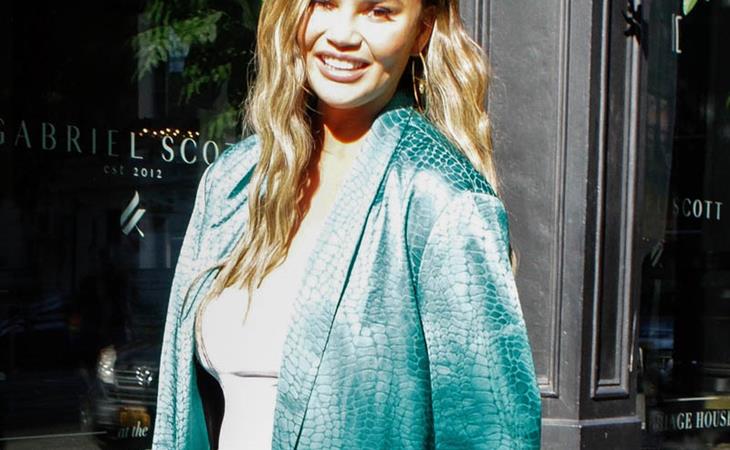 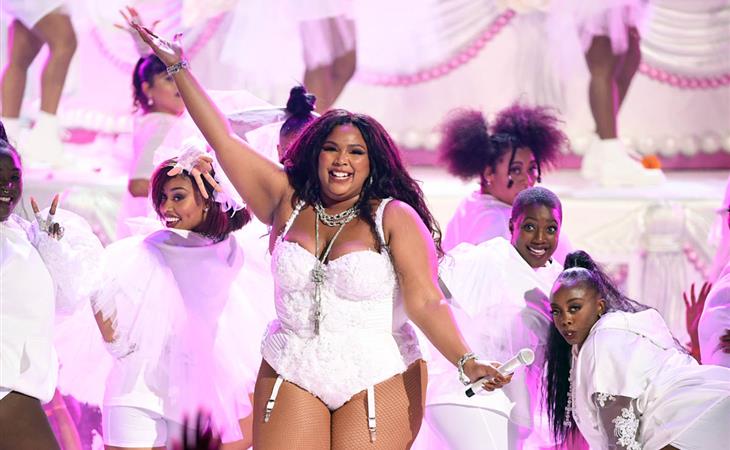