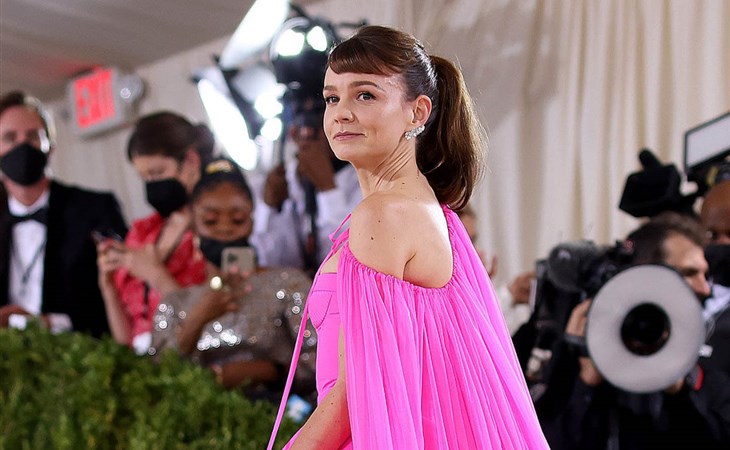 Big fan of both of these two actors for their work but also for their style, so their looks last night were near the very top of my list. On theme though, I think I might have to give the edge to Kristen Stewart so let’s start with Carey Mulligan.

She’s in Valentino. It’s breathtaking. It’s a dream. And I know, on paper, it’s nothing special, but the way Pier Paolo Piccioli works with this taffeta, how flat it is, how clean the lines are, it’s really a work of art. As is that cape. I can never resist a cape. This cape is special, not because of how it’s made but because of how it’s styled – offset, falling off one shoulder, it totally changes the vibe of the whole look, right? We are about to see a new cape trend now, people wearing them like this, which is one of the purposes of the Met Gala, thank you Miranda Priestly. Trends start at events like this.

Back to the effect of the offset caping though, it suggests movement, as in action. As in Wonder Woman, for example, when she’s doing her Wonder Woman thing, her cape shifts, it doesn’t stay centered, because she’s saving babies and lifting up trucks and throwing them at the bad guys. I like how a simple adjustment in where the strap is hanging from Carey’s cape can give you a whole new mood.

So we’re checking off the superhero box here In America, and definitely the prom box, because what’s more American than a prom, right? And there’s definitely a hint of Audrey Hepburn here too. A decent theme interpretation then, and just a spectacular visual overall. Like I think a few of us in our dreams have wanted to wear a dress like this at some point in our lives. The Disney princess lure is very powerful – how about that for In America?

That said, I think Kristen Stewart’s In America was more subtle, less obvious, and therefore maybe a bit more imaginative?

She’s wearing Chanel, as expected, and yet there is so much American detail here, in almost every aspect of the outfit and the styling. The hair is a main character here – this is Barbie at the sock hop, two distinctly American situations. Her top? Western. So western from the collar to the half fringe at the back, this is an outfit straight out of the Grand Ole Opry and the disco, two more distinctly American situations. And the pants too. Hank Williams Jr, or whatever country music legend you can picture is right there in the trousers.

And still, still totally suited to Kristen Stewart and her personal style. She’s on theme and she’s so comfortable. You can tell. KStew is feeling herself. 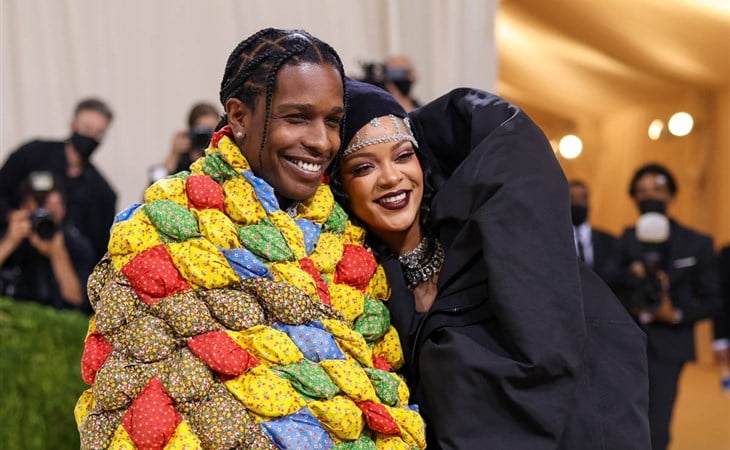 Rihanna: The Monarch of the Met Gala 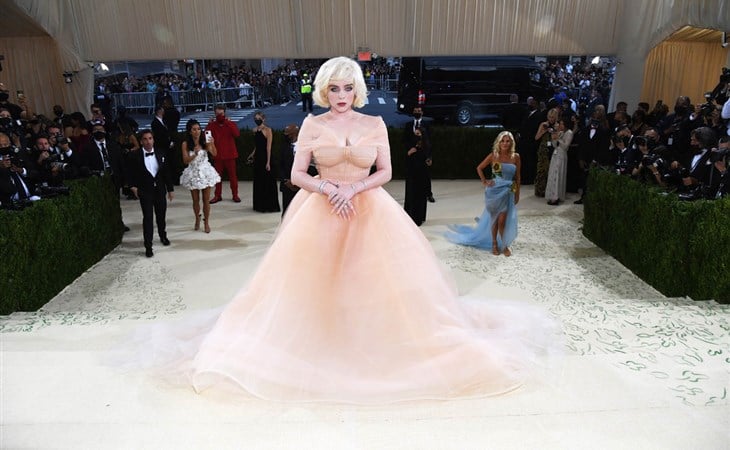