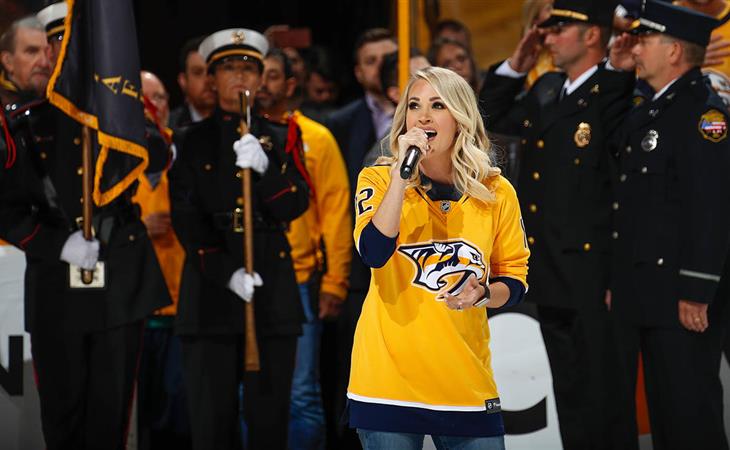 A few months ago, Carrie Underwood revealed on social media that she’d had an accident at her home requiring a lot of stitches in her face and warning her fans that she might look different, staying undercover to heal until just recently, and setting up a high level of interest in what the changes would be. Carrie finally emerged a couple of weeks ago at the ACM Awards and the immediate reaction was that there was pretty much no difference at all. But now, every time she posts a photo of herself on Instagram, the focus is on trying to find the difference, especially when there’s a close-up.

This weekend she showed up in close-up on IG story in the car with Mike Fisher who was making weird noises while driving. 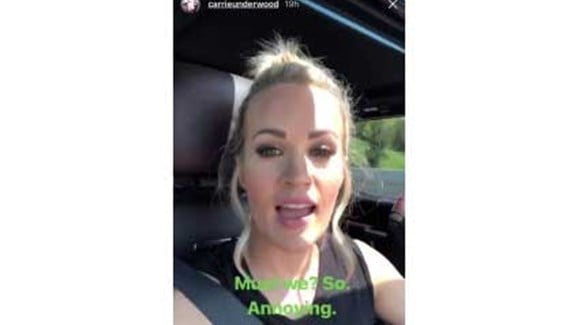 PEOPLE and US Weekly had stories in response about the close-up. Again, there’s really nothing noticeable. Mayyyyybe a scar above her lip? But there’s not much to see here so I’m curious as to how much longer this will last, as even she has said that she never intended to start so much speculation about her face. Here’s what I’ve heard about the situation – initially it wasn’t so much that she was worried about how her face would look (although of course that’s always a concern, for anyone) but how her face would work. I’m told by several people that after she tripped, they were worried that she may have cut through nerves because she wasn’t able to feel some of her muscles afterwards, like when you go to the dentist and they freeze your gums and you can’t feel that you’re smiling, or whatever face you might be making, when you’re making it. What they were addressing with the stitches, then, wasn’t just cosmetic but also functional. And, as we know now, it was, happily, successful.

Here’s Carrie singing the national anthem last night at the hockey game. The Predators ended up winning over the Jets in double overtime and the series is now tied at 1 game apiece. What’s the percentage of the Predators winning whenever she sings? I imagine it’s pretty high, right?

.@carrieunderwood bringin' down the HOUSE, as usual. 🇺🇸 pic.twitter.com/Vajbson6v3 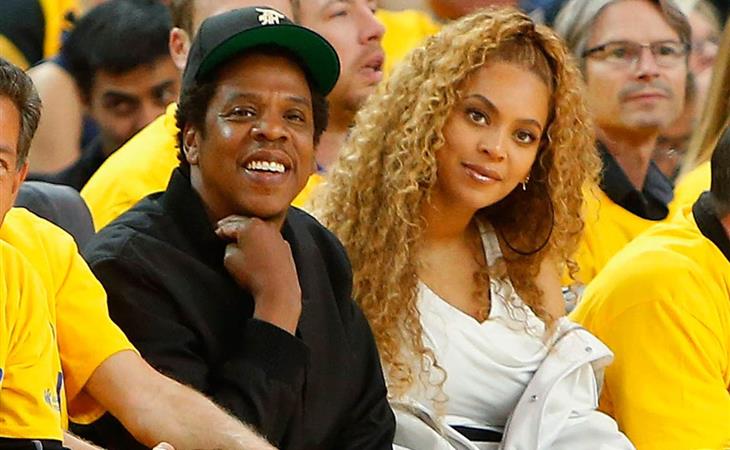 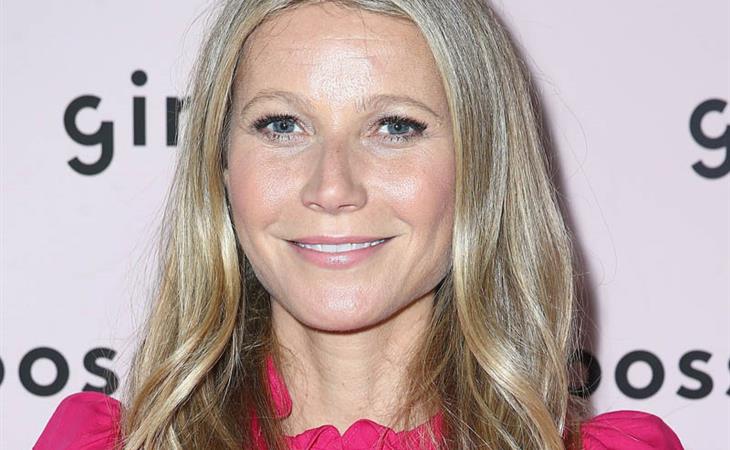