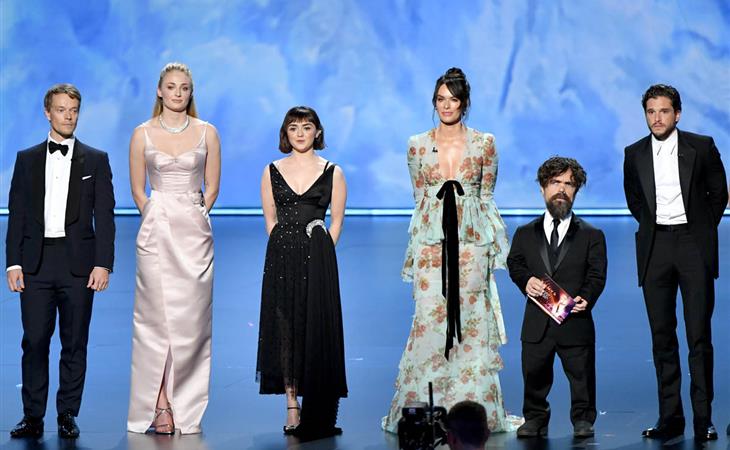 When we were prepping for coverage last week ahead of the Emmys, one of the possible conversation points was how it would be without a host. The Oscars didn’t have a host. The Emmys have gone host-less before, and they addressed it off the top in a bit that started with Homer Simpson, got picked up by Anthony Anderson, and led eventually to Bryan Cranston who, I think, they’ve now declared to be like the Jack Nicholson of TV? Later on, Stephen Colbert and Jimmy Kimmel joked about it when they got up to present but, overall, I don’t think it was an issue? I wasn’t thinking about the hosting or missing the hosting. That’s not to say that I think host-less-ness is the way to go moving forward. But this, probably, was the best result of going host-less, that nobody’s really talking about the host-less-ness.

The best bit of the night, though, was Bob Newhart – and it started off really f-cking weird, with Ben Stiller talking to wax figures. But that’s why it ended up being so great. Because Bob Newhart showed up to remind us all that he’s not dead. Even the outfit was perfect. I swear his clothes looked a little wrinkled. He was wearing the most ordinary shirt unbuttoned at the neck. And that timing, that comedic timing. I would like to believe that even the youths appreciated it.

The show felt quick, didn’t it? When it was over, and we were lining up our posts, Duana and I both agreed that it seemed to really speed by, that there weren’t all that many lulls. At no point did I look at the clock all like, what?, two more hours? But you know who was over it the most? David Benioff and DB Weiss. This was the Emmys sendoff for Game of Thrones which was pretty obvious last week at the Creative Arts Emmys when the show won so many times, despite being so controversial in its final season, with fans complaining and petitions going around for a redo etc, etc, etc. Clearly the TV Academy sees it differently, and considers Game of Thrones, overall, an historic achievement in the art form, a show that not only means something to the fans, but also has meant something to the industry. No conversation about Peak TV would be complete without Game of Thrones. And the fact that television is now no longer the poor cousin to film is due in large part to Game of Thrones. This is what the Emmys were honouring, even though, by the end, of both the Emmys show and the actual GoT series, Dave and Dan seemed ready to be like, alright, we’re out. The speech didn’t really meet the moment, you know? Kinda like the story. And maybe it was impossible to try.

But of course it was so good to see so many of them together again. It was good to see Alfie Allen get all those cutaways during the broadcast, especially since we know that he made his own nomination happen. It was great to see Peter Dinklage win and I love the way he’s wearing his hair now, reminds me of Winona Ryder’s in Reality Bites. On the subject of hair – this is the first time Kit Harington’s been able to go to the Emmys and not have Jon Snow hair. He looked great, healthy and happy…although there have been more than a few messages about why Rose Leslie wasn’t with him. According to PEOPLE, she had “work commitments”.

As for the fashion, I was underwhelmed by Sophie Turner’s Louis Vuitton. I mean, it was fine. Fine like a shrug. Maisie Williams’s was more memorable, at least to me, with the contrasting straps and the crescent beading at the hip. Emilia Clarke and Gwendoline Christie are getting their own posts later. Guess what categories they’re coming in under.

And finally, a shout-out to the Emmys soundtrack. I don’t remember noticing an awards show soundtrack as much as I noticed this one – and it was GOOD, halfway between a DJ and a band. That was probably one of the reasons the show flowed so well and it’s something they should totally bring back for next year. If they released an “Emmys 2019 official playlist”, I’d totally download it. 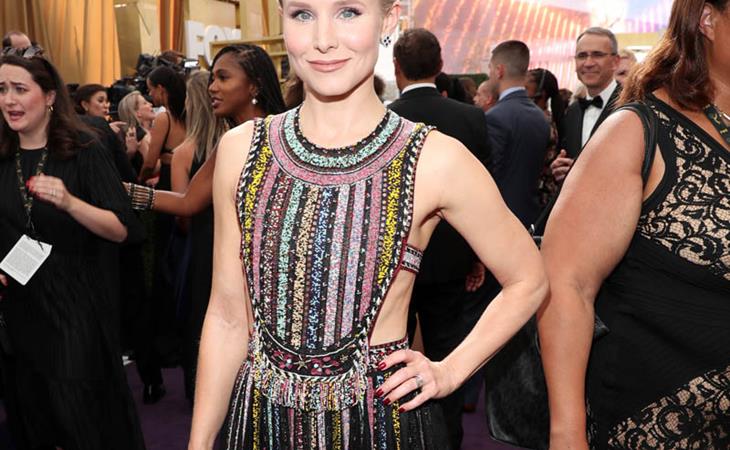 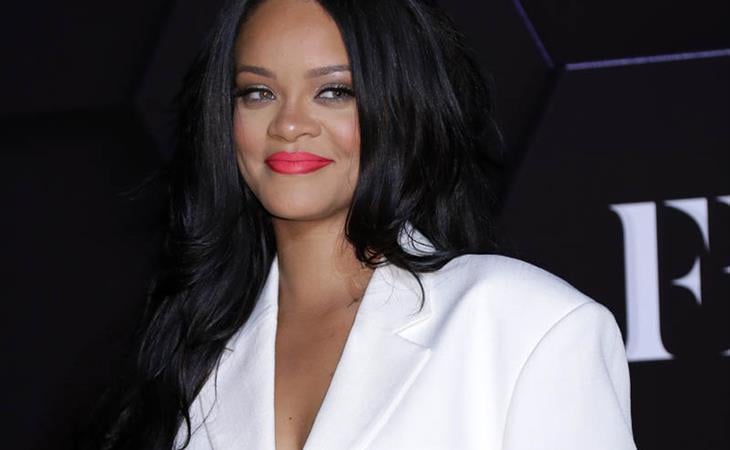