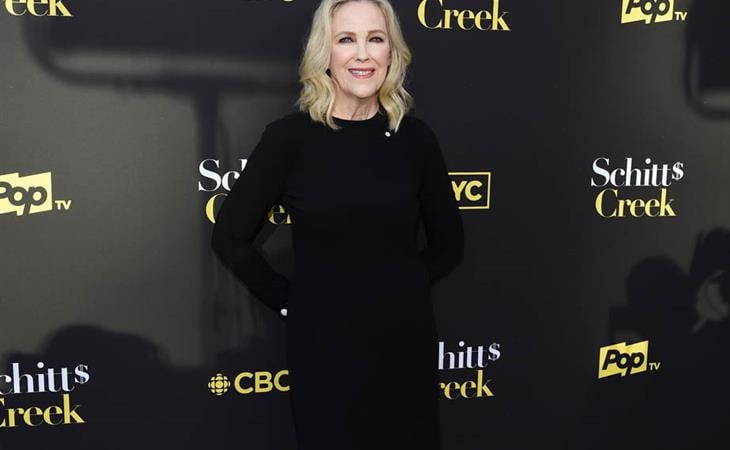 This is, technically, an Outfit of the Week post. But the socks are the MVPs of both outfits.

Check out Catherine O’Hara at the FYC Schitt’s Creek event last night in LA. It’s a simple well-cut dress, looks great on her. She’s kicking up the look though with those striped socks. I LOVE this. She did the same thing a few days ago at another Schitt’s Creek campaign stop – again, this is a great suit with a white blouse. But the polka dot socks bring the personality. Yes, Schitt’s Creek is critically acclaimed. Yes, it has been honoured in Canada. But even though there is a devoted following, so far the series is still not included among major comedies, on the list of shows recognised year after year at the Emmys and the Golden Globes and the SAGs etc.

The show’s profile has grown. As you can see, they’re getting out there in front of the voters. Schitt’s Creek could legitimately contend in as many categories as possible but I think the strongest chances might be in the Comedy Series and the Lead Comedy Actress categories. The clear frontrunner, no doubt, is Julia Louis Dreyfus there – but don’t you think Catherine belongs on the card with JLD, Allison Janney, Tracee Ellis Ross, Natasha Lyonne, and Rachel Brosnahan? 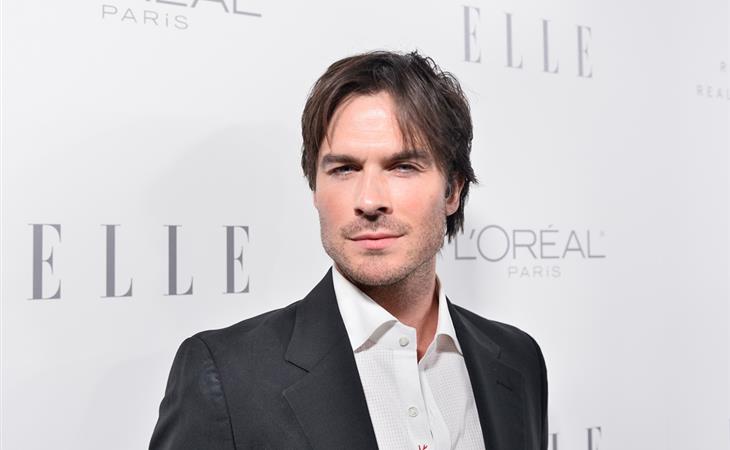 Schitt’s Creek at the 2019 Emmy Awards