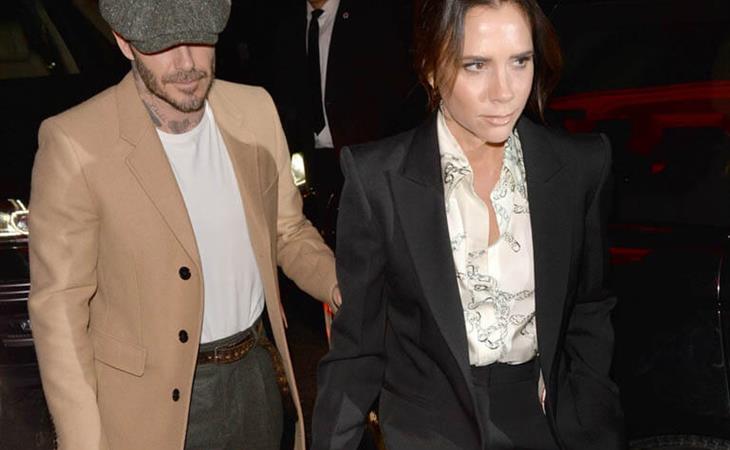 The Beckhams were on display at Victoria’s London Fashion Week show, including Harper’s bob, which Anna Wintour must have loved. After the show, the kids horsed around with hair extensions backstage, then family went for lunch with her parents and sister and David’s mum, along with all of the kids, including Brooklyn’s girlfriend Hana Cross. She sat with family at the show, squeezed in between Brooklyn and Cruz, and not off to the side (where she could be cropped out of a photo, if needed); an engagement is totally possible with these two. Closing out the weekend, Derek Blasberg and David Beckham co-hosted a launch for Victoria’s new YouTube channel.

In 2008, Courtney Love took to MySpace to talk about how Ryan Adams spent $850K of her money on recording his album, Rock n Roll. Courtney has had her share of feuds over the years but the reason they are entertaining is because she has bursts of cutting honestly, like this: “yeah you listen to this sh-t im listening to my i tunes on right now who names a record "Rock n Roll" what assholes do that?” [sic]. She posted about this on her Instagram over the weekend, then deleted it.

After posting some stuff about Celebrity Big Brother winner Tamar Braxton and some mild threats to CBS, Lindsay is going with the classic “I was hacked excuse” which no one has believed since 2011.

I have been made aware that further comments were added to my last Instagram post as to appear that I wrote them. Firstly, I can guarantee these comments were not made from me. Sadly from… https://t.co/tO5rYti7Vi

Attached: The Beckhams at London Fashion Week on February 17, 2019.