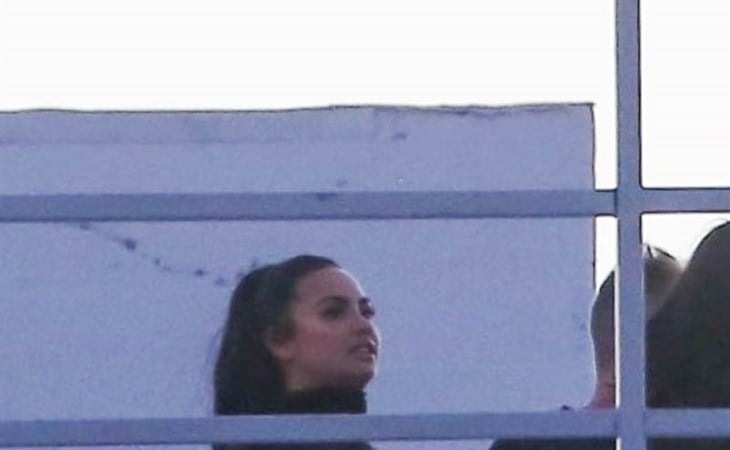 US Weekly has story about Brad and Jen “laughing” about people’s thirst for them to get back together. I think it’s a nothing story but over the years there have been thousands of nothing stories about them, anything to get their name together and an excuse to run a photo of them. If they were ever to get back together (and I do mean a big IF) how could they possibly sustain it with all of the energy being directed at them? When Angelina and Brad worked, when they were really at the top of their game together, they did not live in LA. They didn’t hang out with other celebrities. They used the attention to their advantage and then withdrew for months at a time. They were an island. Angelina still is. There’s a long running theory that Brad adopts the aesthetic of his girlfriends (like the hair), but isn’t it more than that? He seems to absorb their whole way of life. And I wonder if Jen’s life is looking pretty cozy to him right now.

Remember Details magazine? It specialized in profiles of famous men like Ben Affleck, Brad Pitt and Leonardo DiCaprio, until the publishing industry went bust. Its former editor-in-chief Dan Peres has a memoir coming out, which centers around his time working at Conde Nast. He was addicted to opioiods and would spend time jetting across the country (on an expense account) to score drugs, sleep in his office, constantly cancel meetings, hide out in 5-star hotels during fashion week – it is amazing what wearing a blazer with Chucks can do for a man.

There’s more in this gossipy NYT piece about how decadent that time was. It was like the tech bubble, but with much better outfits and more pretentious people.

OK hold on a second – this is a no. No. Right? Or… holy sh-t. Is Jeremy Renner exactly halfway between Ashton Kutcher and Bruce Willis?! I’m frightened by my own theory.

Jennifer Lopez is working with Coach, has a sunglasses line through Quay with ARod and is now launching a shoe line. Bring back Sweetface! A capsule collection, at least.

This is Modern Family’s last season and while I haven’t been watching, I do follow Sarah Hyland who has made a few comments about not appearing in a many episodes. Which is interesting, because didn’t her character have twins? (Babies are always a sign a sitcom is winding down.) From a creative perspective, I wonder if the twins were a way of writing her character out, or if the babies were supposed to be a bigger storyline that didn’t work out.

There’s no denying that this is, in fact, cute.

Face tats are the new neck tats, and before that was the inner finger tattoo. Where does it go from here?

Demi Lovato is the latest celebrity to sign up for a show at Quibi (it will be a talk show). Despite a huge roster of talent, it’s still hard to discern what Quibi will be and it seems like the marketing team knows this; they ran an ad during the Super Bowl to try to explain it. There is another preview up, The Most Dangerous Game, with Christoph Waltz and Liam Hemsworth. It’s about a big game hunter (Waltz) who hunts a human (Hemsworth) for sport. Liam needs some buzz. Dev Patel can get it in every era 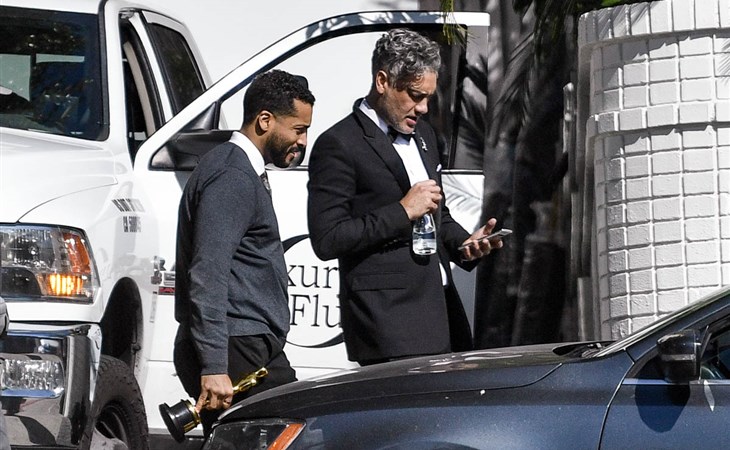